You are here: Home / Entertainment / What to do and see at Supanova 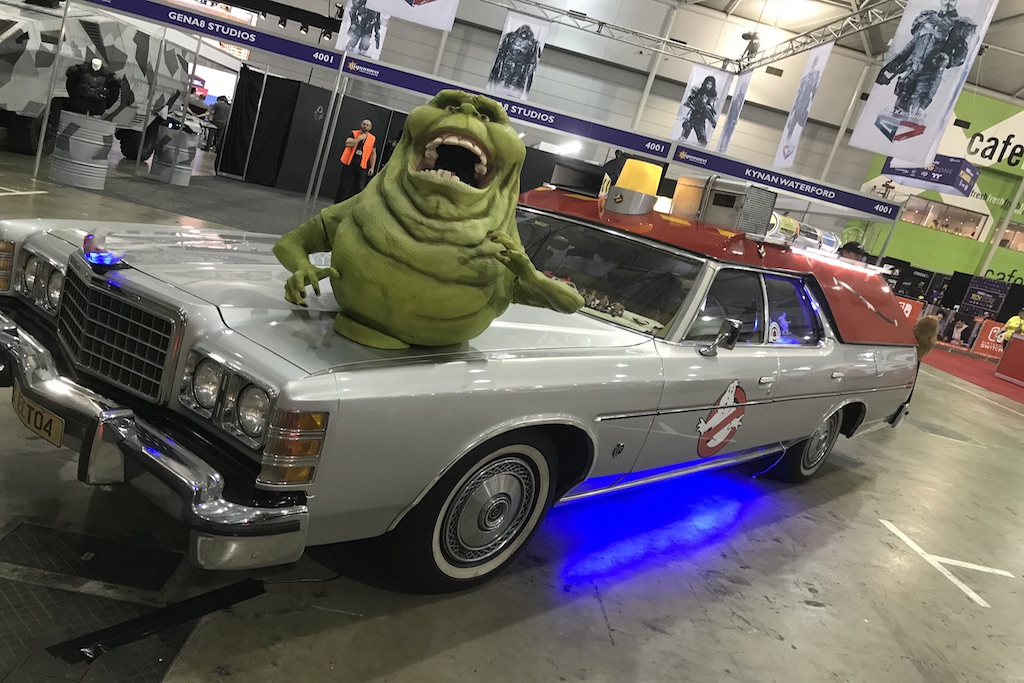 It started with a replica of the infamous Ghostbusters hearse and ended with a panel on all things DC with a trio of actors schooled in the ways of comic book entertainment.  And in between there was almost too much to digest – thank God there’s a whole weekend then to satisfy the senses.

I’m talking about Supanova Comic Con & Gaming, and today I well and truly popped my figurative cherry as I lapped up the excitement and all the comic geekdom it had to offer for the first time.

With two days left (Saturday and Sunday the 10th-11th November) – arguably the busiest two of the convention – fans of the comic medium will have many a minute to visit the endless stalls, marvel at the intricate cosplayers (I spotted a lady Deadpool and a Margot Robbie-inspired Harley Quinn, among others), settle in for discussions with some of their favourite stars (this year boasts such names as Christina Ricci, Dean Cain, and Ian Somerhalder), and purchase some finely tuned artwork inspired by the most notable figures of the genre. 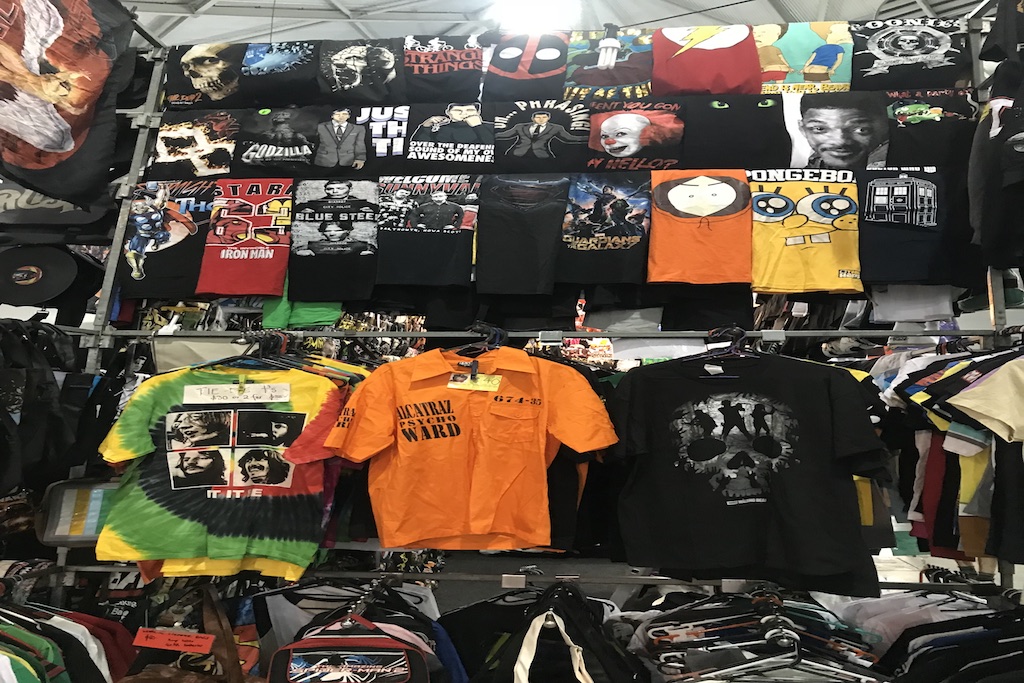 The Supanova convention really does offer something for audiences of all ages, and there’s an evident family community mentality adopted, a temperament driven home by the lovely representatives of FILMINK who informed me of their assistance in producing Supanova’s program guide.  Side note, the FILMINK stand had a great selection of movies on hand to sell, and any purchase of $5.00 or over scored you a crisp one sheet of your choice for film such as Avengers: Infinity War, Black Panther or the upcoming Mary Poppins Returns.

Whilst films based on comic books are obviously a large source of material for Supanova, local artists earn just as much traction in the hallways of the convention with their unique takes on the genre through a multitude of outlets; face painting, t-shirt screen printing, and original artworks just some of the examples.  One creative channel that has a particularly large presence is that of the written word, with original comic books and novels spruiked throughout; Adelaide writer Alex James, whose novel The Pandora Sequence was promoted at the 2013 San Diego Comic-Con, informed me that despite demand for the continuation of his Urban Sorcerers series he has at least four other series starters in his head. 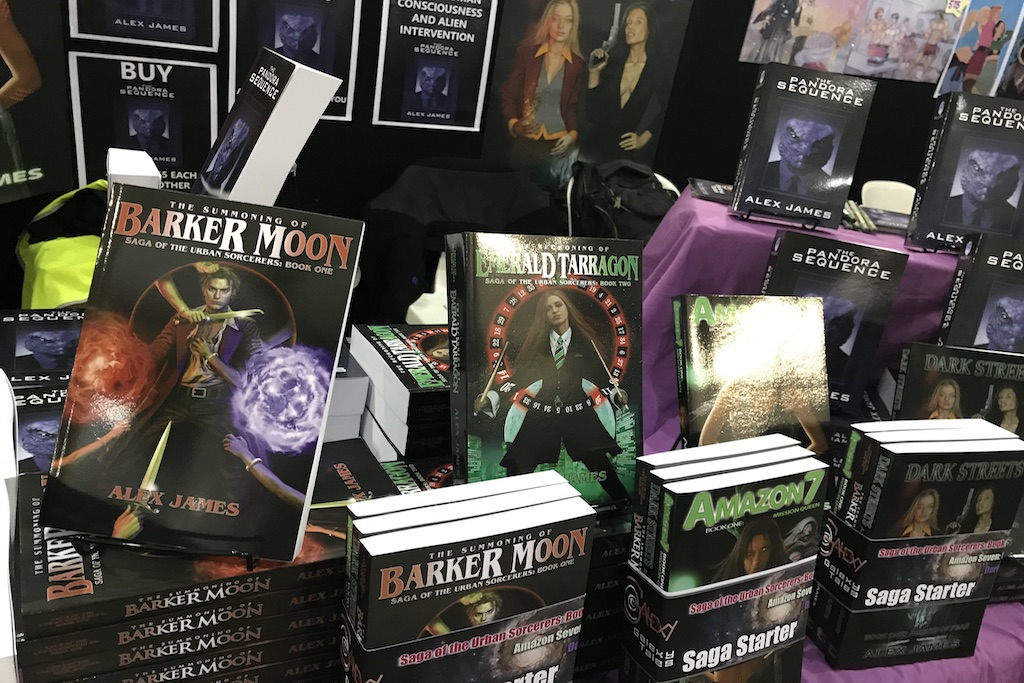 Of course as fun as it is to explore what else is out there in the world of the science fiction, I’d wager a large portion of Supanova visitors come for the celebrity brand that has linked itself to the convention since its inception in 2000; although the Nintendo Switch stall where you could play such titles as Donkey Kong and Mario Kart earns itself an honourable mention.

This year Ian Somerhalder and Daniel Gillies from The Vampire Diaries, Zach McGowan from Agents of S.H.I.E.L.D., John Barrowman from Torchwood, Bonnie Wright from the Harry Potter saga, and Manu Bennett from Arrow are some of the more high-profile names doing the rounds – fans have the opportunities for both autograph and photography sessions with their desired celeb too – but, for this child of the 90’s, it’s the inclusion of Dean Cain and Christina Ricci that proved the most enticing, and I was evidently not the only one tickled with excitement that Lois & Clark‘s Superman and the actress who brought morbid life to Wednesday Addams were on hand; I can now officially attest that Dean Cain is quite the most jovial of human beings. 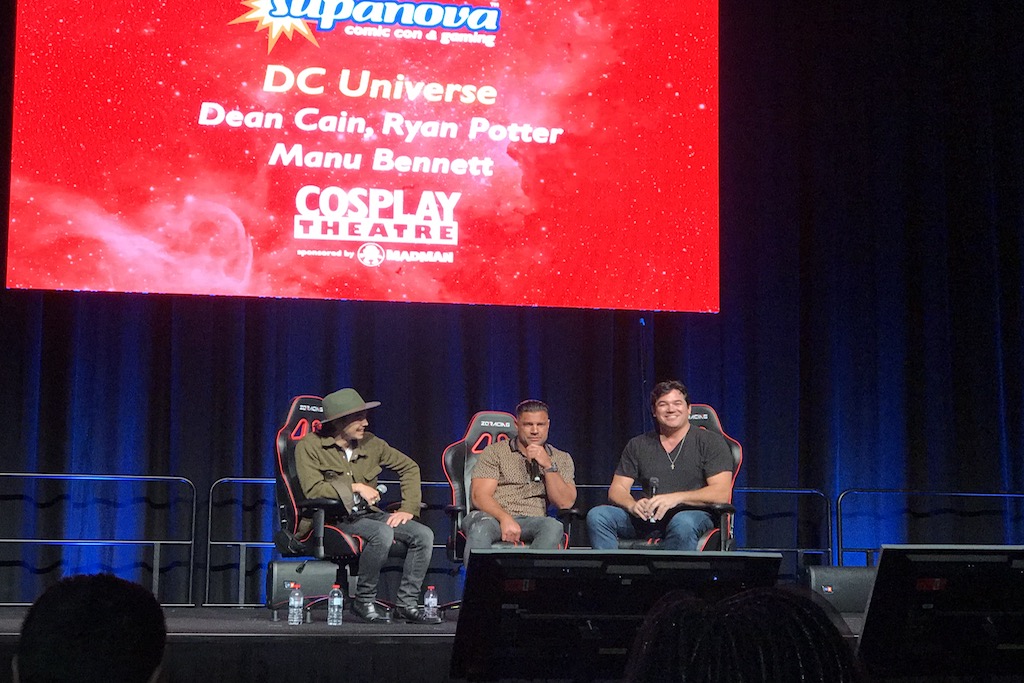 Over the course of the weekend each star will take part in a panel Q&A discussion where their careers (usually specific to the world of comics they are known for) are joyfully dissected; Cain, Bennett and Ryan Potter (TITANS) (pictured above) proved both delightful and insightful in their self-examinations of their own career paths.

In addition to the celebrity panels, Cosplay improv games, presentations from the production team behind Doctor Who, workshops on how you can create your own comic book, discussions on the advancements of technology, and podcasting insights from the wonderful folk at That’s Not Canon Productions (I urge you to check them out) will assure that you’ll find it a challenge to not have your schedule filled throughout the day.

No longer an unfamiliar in the ways of Supanova, it was an interesting experience to say the least, and one that I never felt alone on as the working staff are all more than happy to assist in any query – no matter how insignificant your question might be.  I will put out the word of warning though that if you aren’t a fan of queues then this may not be the best of events as you’ll do your share of lining up for whichever main event you’re taking part in, but there’s so much going on around you that I dare say you won’t even mind.