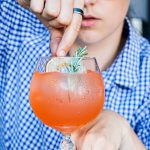 Overlooking the Brisbane city skyline atop the iconic Pullman Brisbane King George Square, wrapping itself around for an intimate view of the city's landmark City Hall Clocktower, Sixteen Antlers provides a welcome escape from the weekday grind. Sixteen floors up, this exclusive-feeling venue, which comforts its guests with both high-top tables and lounge seating, is ripe … END_OF_DOCUMENT_TOKEN_TO_BE_REPLACED 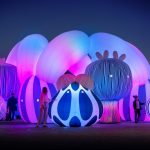 Taking art to literal new watering grounds, Brisbane's Art Boat is a floating experience travelling between Northshore, Hamilton and South Bank that immerses locals in a glowing world that sheds a new light on the city's waters. A structure as part of this year's Brisbane Festival, the Art Boat - sailing until the 25th September, 2021 - offers up an assortment of … END_OF_DOCUMENT_TOKEN_TO_BE_REPLACED 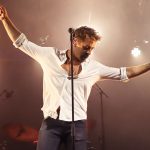 In a time when live theatre is considered far more of a privilege than the granted state of being it used to be in a pre-COVID landscape, the 2021 Brisbane Festival looks to entertain and nourish the local masses who are all in need of some escapism.  Kicking off last night, and running through to the 25th September, television star and crooner Hugh Sheridan set the bar with … END_OF_DOCUMENT_TOKEN_TO_BE_REPLACED 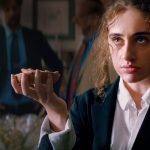 Though its title suggests humorous inclinations, and indeed Emma Saligman's Shiva Baby is technically a comedy, the material and subsequent approach within is anything but playful.  The film's near-singular setting makes way for plenty of hilarity to ensue, but there's also a toe-curling layer of tension that likens the film more to something born from horror than … END_OF_DOCUMENT_TOKEN_TO_BE_REPLACED 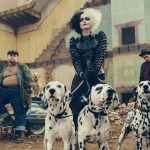 Whilst the idea of humanising a known villain with their very own origin story is one such trope that audiences are all too familiar with now, it certainly can't be denied that it's often a fruitful endeavour.  2014's Maleficent turned Sleeping Beauty's evil queen into a more tragic figure for mass benefit; DC centred a whole film around an army of villains in Suicide Squad; … END_OF_DOCUMENT_TOKEN_TO_BE_REPLACED