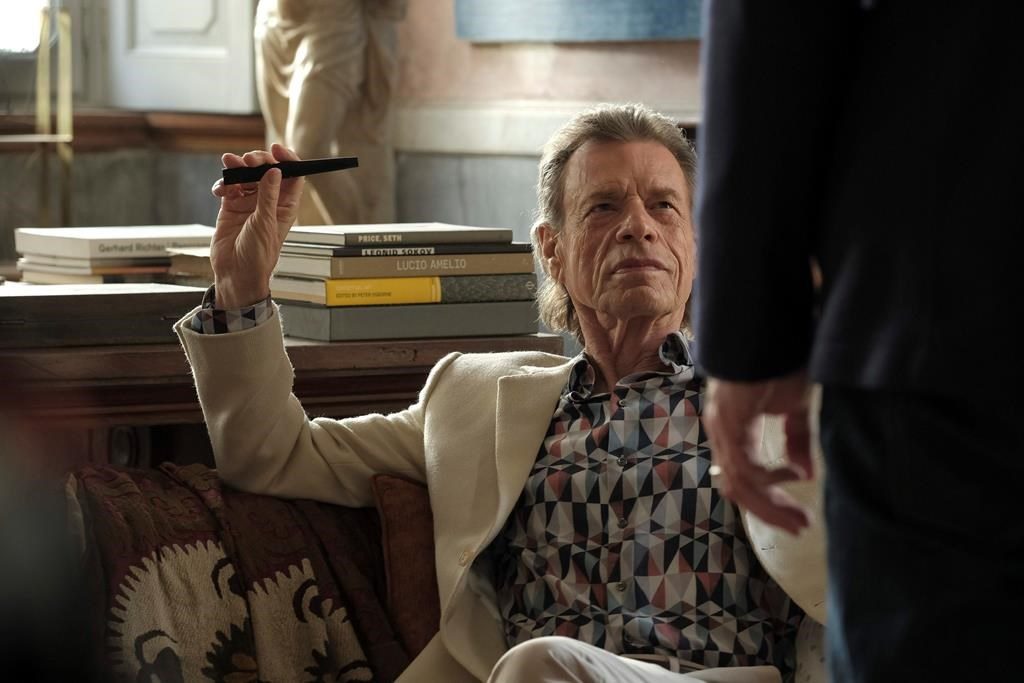 In the opening minutes of The Burnt Orange Heresy, pretentious art arbiter James Figueras (Claes Bang) displays the importance of the act of critiquing. Discussing a piece of art, he manages to convince his adoring audience there’s a deeper, more important meaning behind it through a detailed, fictional story.  It’s not entirely surprising that he’s deceiving his audience – the scene is intercut with him practicing the speech with precision as he carries out mundane activities in his home – but it proves no less effective as it demonstrates how persuasive a good critic can be.

The ability to swindle is a theme that runs throughout the film’s brisk 100 minutes, coming specifically into play when James meets Berenice (Elizabeth Debicki, underwritten but making the most of it anyway with an expectedly intoxicating performance), a supposed admirer of his work.  After a suitably quick chat –  which leads to an MA15+ classification-appropriate sexual liaison – the duo are Italy-bound when James is enlisted by eccentric art collector Joseph Cassidy (Mick Jagger, in an odd yet fascinating slice of casting that lets the rocker swan about on-screen in whatever capacity he chooses) to conduct an interview with legendary painter Jerome Debney (Donald Sutherland).

The interview would be a rarity, and therefore an absolute grab for James, given Debney’s reclusive nature.  There’s ulterior motives at bay for all involved, and it’s evident that the Scott Smith-penned script (the screenwriter no stranger to the genre having written the Oscar-nominated A Simple Plan) is hoping dialogue heavy on thought provocation and metaphors will distract us from the fact that not too much is happening in a film that should be lush with Italian scenery and indulging its heist mentality; when Joseph suggests James steal Debney’s work we, unfortunately, haven’t really understood the gist underneath the gaudy dialogue.

When The Burnt Orange Heresy enters its final act – the film named so due to one of Debney’s artworks – it arguably becomes an increasingly more interesting product.  It’s ending will frustrate many a viewer I suspect, and it may not entirely make much sense when you break it down, but it feels exciting in a movie that constantly teases intrigue.  Character dynamics drastically change, and had the film opted to adopt a more darkly comedic temperament throughout, we’d likely feel a more natural shift towards the nasty mindset it adheres to, rather than feeling uneasy with its chosen tone.

As we’ve learnt from the film’s lead character that being told one thing doesn’t mean another outcome isn’t possible, The Burnt Orange Heresy wants to appear as a smarter, more cunning version of the film we ultimately get.  There’s a healthy amount of fascination found within the script pages, and Debicki is further proof of how even the most half-cooked ingredient can be tasty if handled by the right performer, but a little fine tuning and courage to to be bolder with its brush strokes would have paid off in spades.

About The Burnt Orange Heresy

Charming and ambitious art critic, James Figueras (Claes Bang), has fallen from grace. He spends his days in Milan lecturing witless tourists about art history. His only glimmer of hope is a new-found love interest, the enigmatic American, Berenice Hollis (Elizabeth Debicki). An opportunity strikes when he is contacted by wealthy art dealer Joseph Cassidy (Mick Jagger) who summons James to his villa on Lake Como and ask him to steal a painting from the legendary reclusive artist, Jerome Debney (Donald Sutherland). Soon, James’ greed and ambition get the better of him, and he finds himself caught in a web of his own making.