You are here: Home / Play / What to do / Hugh Sheridan kicks off Brisbane Festival with a bang 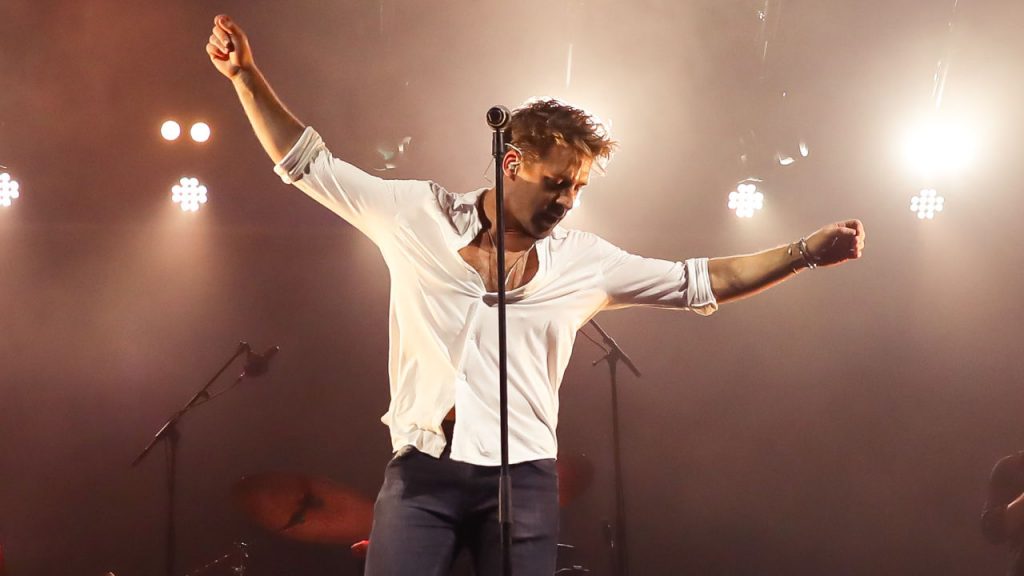 In a time when live theatre is considered far more of a privilege than the granted state of being it used to be in a pre-COVID landscape, the 2021 Brisbane Festival looks to entertain and nourish the local masses who are all in need of some escapism.  Kicking off last night, and running through to the 25th September, television star and crooner Hugh Sheridan set the bar with their innate mixture of smooth vocals and vulnerable storytelling.

Starting with a jazzed-up version of Taylor Swift’s “Blank Space” and closing on the classic “My Way” by Frank Sinatra, Sheridan stayed predominantly in the swing wheelhouse, breaking up each performance with intimate tales of their life, thus far.  Discussing their views on sexuality and labels, their time at the National Institute of Dramatic Art being told they’ll “never be on television”, and the tragic backlash from the queer community when it was announced they were cast as Hedwig in a planned production of Hedwig and the Angry Inch, Sheridan took to the stage in an almost therapeutic fashion, laughing and lamenting over each anecdote.

A testament to the festival itself and Sheridan’s own passion – it was revealed the whole show came together in a matter of days, with only one rehearsal to boot – this live offering served as a perfect opening and a teaser of their “Hughman” show, set for the 17th and 18th of September, where the sensory spectacle only hinted at here will be on full display.

For more information on the Brisbane Festival, head to the official website to find event descriptions, times and ticket prices.