You are here: Home / Entertainment / The Requin – Film Review 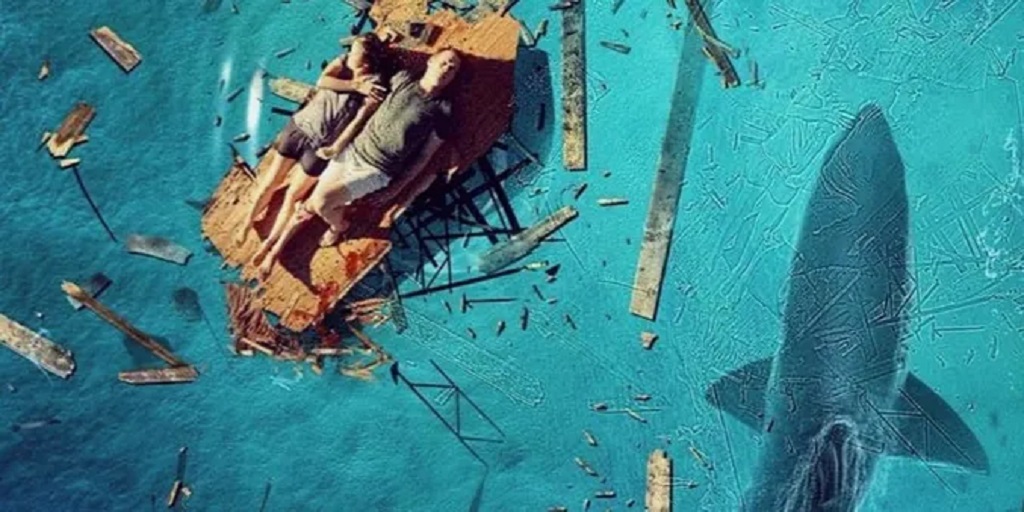 When you’re an aesthetically-pleasing looking actress and you place yourself in deep, open waters, chances are you won’t have much luck with certain animalia of the ocean; just ask Blake Lively (The Shallows), Mandy Moore (47 Metres Down), Katrina Bowden (Great White), and, now, Alicia Silverstone.

After Clueless made her a star some 25+ years ago, but failed to secure her prominent longevity, it’s always a treat to see the vastly underrated Silverstone in the headlining position, and for The Requin – which is a certain type of tropical shark, known for their transparent third eyelid and a peculiarly sized fin – she’s delivering more than what this film deserves. Sadly, she’s not enough to save it from its embarrassing mediocrity as its promise of action is relegated to a third act that many viewers may not even have the patience to see through.

Silverstone’s Jaelyn and her husband, Kyle (James Tupper), are still in recovery mode from a tragic home-birth that resulted in the death of their newborn. Naturally, the best way to distract from such is to hit the tropics, namely a luxurious resort in the off-season in Vietnam; here, the formulaic Florida (and Universal Studios) subbing for the locale. The off-season mention and Kyle’s extravagant splash on an overwater bungalow means that when a monsoon sweeps the resort they’re too far secluded to be rescued, leaving them a floating target in the middle of a shark-infested ocean.

The idea of being stranded in such a situation is rightly terrifying, and, at times, it appears as if writer/director Le-Van Kiet might utilise such to an intense degree. Sadly, he’s unsure how to maximise the terror of the impending doom that are hungry sharks, nor how to properly exercise the drama and grief of parents, specifically a mother, who is suffering from PTSD.

At just under 90 minutes, The Requin has the smarts to know such a premise needn’t indulge in the unnecessary. Disappointingly, the actual action of a determined Jaelyn and an injured Kyle facing off against the titular creatures doesn’t manifest until a good hour or so into proceedings, and up to that point the drama between them as a couple isn’t grounded or investing enough for us to care.

The choice to make the film more about them as a couple is made all the more confusing when it reveals its climactic lunacy, presenting laughable CGI that’s at odds with the type of performance Silverstone is allowing the film; and, not to budget shame, but at a reported $8.5 million, the digitally created sharks on hand should appear a lot more convincing than the D-grade rendering afforded here.

Understandably relegated to the scrolling halls of the streaming model here, The Requin wastes a leading lady who deserves better, a budget that needed smarter restrictions, and a story that should be more tonally balanced.

There’s terror in paradise when Jaelyn (Alicia Silverstone) and Kyle (James Tupper) arrive at a remote seaside villa in Vietnam for a romantic getaway. A torrential storm descends, reducing the villa to little more than a raft and sweeping the young couple out to sea. Suddenly, another danger appears: a school of great white sharks. With her injured husband watching helplessly, Jaelyn must battle the deadly predators alone in this tense thriller that rides an unrelenting wave of fear.

The Requin is streaming now on Paramount Plus.