You are here: Home / Entertainment / I, Tonya – Film Review 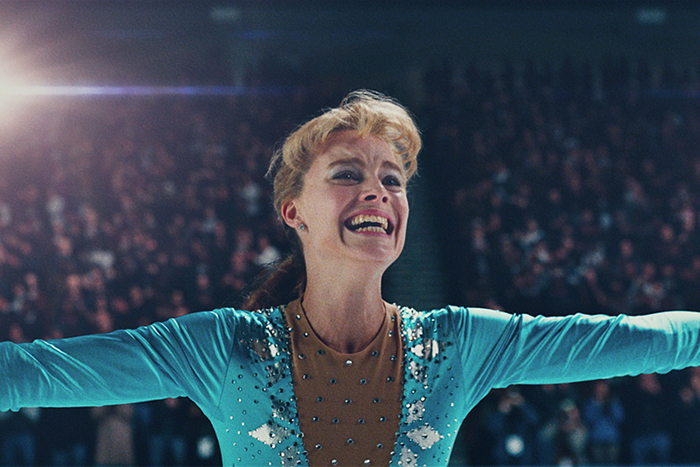 I, Tonya is a fascinating film about Tonya Harding rise to fame in world skating and that infamous incident.

The film is based on the biography of Tonya and her life leading up to the 1994 attack on her rival Nancy Kerrigan.

We see Tonya grow up with violence at home and then an on-off relationship with her first husband. Her mother takes her out of school so she can concentrate on skating, but she never lets her forget the sacrifices she has made to pay for her tuition. The film shines a glaring light on tiger mums and the long-lasting effects of physical and emotional abuse.

It features interviews with the main characters in a mockumentary-style. The players are a motley crew of people who really are not the nicest ones in the neighbourhood.

Tonya becomes the first female figure skater to complete two triple axel jumps in competition. She is determined to win an award at tOlympicsics but the skating bosses only care about the television ratings.

Depending on your age, you might not remember ‘the incident’, but by the end of it you’ll wonder who’s retelling of the incident is to be believed.

The acting is stellar with the performances of Margot Robbie (Tonya) and LaVona Fay Golden (mother) standing out.

I, Tonya will hold your intrigue throughout and perhaps leave doubts in your mind, just like abuse and bullying does.

I, Tonya is currently showing in cinemas around Australia.