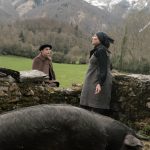 Based on Michael Morpurgo’s book released last year, Waiting for Anya is a beautifully photographed homage to the rescuers of stranded children during World War II. Stranger Things’ Noah Schnapp holds his own in the lead role of Jo, a young villager in the south of France whose peaceful idyll is about to be shattered. The story brings back reminders of last year’s Resistance … END_OF_DOCUMENT_TOKEN_TO_BE_REPLACED 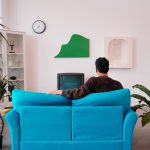 Here are some of the films and tv shows coming out in the next couple of months: Venom: Let There Be Carnage Tom Hardy returns to the big screen as the lethal protector Venom, one of MARVEL’s greatest and most complex characters. Directed by Andy Serkis, the film also stars Michelle Williams, Naomie Harris and Woody Harrelson, in the role of the villain Cletus … END_OF_DOCUMENT_TOKEN_TO_BE_REPLACED 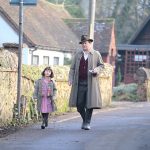 British Film Festival will end the international film festival year in style from 3 November at Palace Barracks and James St Cinemas. The British Film Festival celebrates the finest filmmakers and acting talent the British Isles has to offer and the programme promises not to disappoint with exquisite performances from favourites such as Jim Broadbent, Helen Mirren, Olivia … END_OF_DOCUMENT_TOKEN_TO_BE_REPLACED 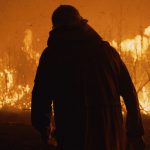 A Fire Inside is a feature-length documentary about the Australian Black Summer bushfires and some of the people involved in the recovery. We hear first-hand from a number of different people who were impacted by the devasting bush fires. We met a couple of different people who lost their homes and are rebuilding in different ways. We hear from the volunteers and charity … END_OF_DOCUMENT_TOKEN_TO_BE_REPLACED 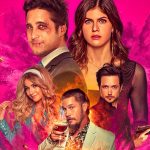 Die in a Gunfight is a movie about Ben falling in love with Mary, the daughter of his father's nemesis. The story is based a little on Romeo and Juliet with the families of the two main characters disliking each other. The characters are interesting and the visuals look amazing, but somehow it all falls a little flat. Die in a Gunfight is watchable but not memorable. Save … END_OF_DOCUMENT_TOKEN_TO_BE_REPLACED