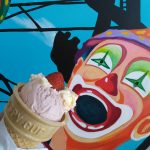 It’s Ekka time again and here’s my summary of some of the food options which are available: For lunch, I attempted Longboards’ loaded cheeseburger fries. Alternatively, you can have them topped with slow-cooked BBQ pulled port and cheese or popcorn chicken pieces, gravy and cheese sauce. There are ample places to grab something to eat with the Woolworths Fresh Food … END_OF_DOCUMENT_TOKEN_TO_BE_REPLACED 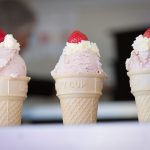 The Ekka can be a fun day out but if you are watching your budget, then here are some of our handy tips and tricks.  Before you go, make sure you get the discounts that the Courier Mail offers the week before the Ekka starts. The day beforehand, check the Ekka website to see what’s on and consider downloading the app. Grab a free map at the entrance and head … END_OF_DOCUMENT_TOKEN_TO_BE_REPLACED 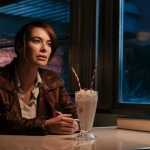 Gunpowder Milkshake follows Sam, a dangerous assassin after she vows to protect a young girl whose father she’s accidentally just killed. This results in a ruthless gang of villains hot on their tail. You can expect the usual fighting scenes, stunts and car chases, but throw in some unusual ways to die. Reunited with her mother, the group have to make a call on her old … END_OF_DOCUMENT_TOKEN_TO_BE_REPLACED 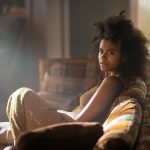 Nine Days is an intriguing film about a man who watches a group of candidates for the job of life. Will (Winston Duke) watches his team on televisions from a remote house. When one of these candidates dies unexpectedly, he’s shaken. He continues on his stoic way, but now he has to recruit a new candidate from a handful of people. These new recruits are unborn souls. … END_OF_DOCUMENT_TOKEN_TO_BE_REPLACED 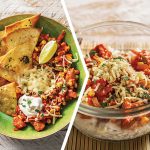 We tested out a five meal HelloFresh box for two people. HelloFresh is a meal kit subscription service that aims to help people enjoy wholesome, home-made meals with no preparing, no shopping and no hassle. It is a great way to try new cooking techniques and expand your dinner menu options. The ingredients are from Aussie suppliers and are locally sourced, grown and … END_OF_DOCUMENT_TOKEN_TO_BE_REPLACED