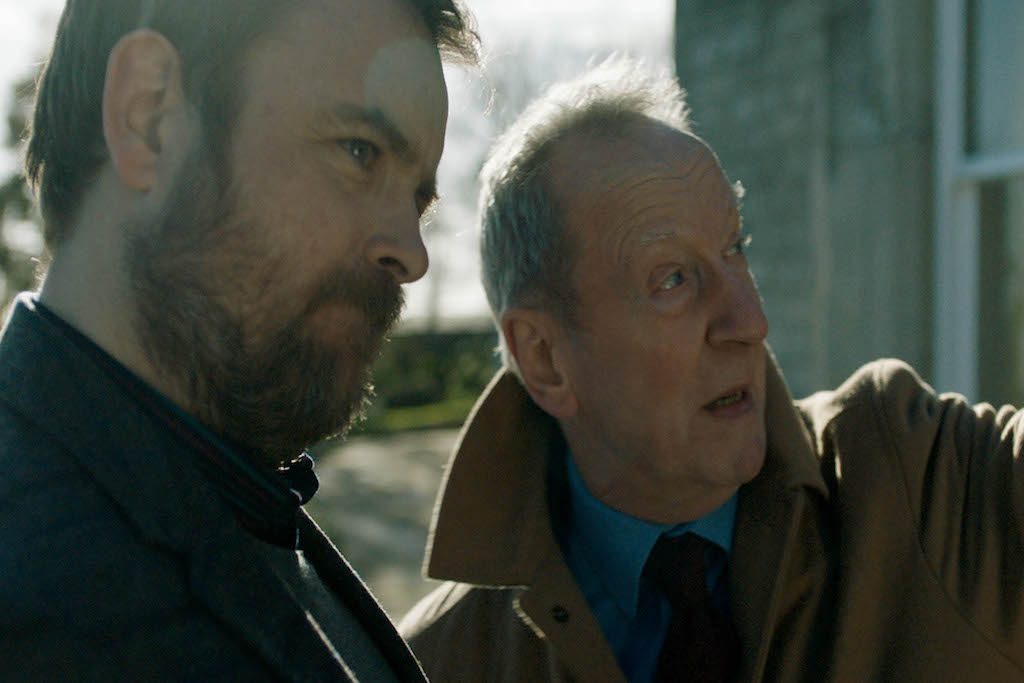 Known for his subversive humour and distinct filmmaking style, English filmmaker and screenwriter Ben Wheatley has earned himself cult status among cinephiles through his predominant horror efforts; the 2011 psychological thriller Kill List, the darkly comedic 2012 horror film Sightseers, and the 2015 dystopian chiller High-Rise arguably his most prolific titles.

His latest project, Happy New Year, Colin Burstead, appears initially as something of a departure for Wheatley then, given it’s adopting the familiar trope of focusing on a family reunion and the expected nerve-wracking tension that usually comes from dysfunctional get-togethers.  Despite the thematic familiarities, Wheatley manages to inject his own personality into proceedings by amping up the tension that punctures the film’s situational uncomfortableness.

The titular Colin Burstead (Neil Maskell) takes focus from the film’s opening moments, Wheatley immediately setting up the hook that Colin has rented a rather luxurious country manor for his extended family to ring in the new year.  As to be expected, the assortment of players coming to stay are all bringing their own baggage and conflicts, lining themselves up to respectively tear the party apart.  The main source of tension stems from the arrival of Colin’s estranged brother, David (Sam Riley), who has been invited in secret by their well-meaning sister, Gini (Hayley Squires); the disconnection David’s family have towards him comes to light through his parent’s (Doon Mackichan and Bill Paterson) disgust at how he carelessly abandoned his wife and children to start anew in Germany.

As is the case with most families, there’s always members that you don’t particularly like and, usually for the sake of your parents, you only tolerate in the smallest of doses, and indeed Happy New Year, Colin Burstead adheres to this with a cast of characters that are mostly flawed with their own eccentricities that I suspect will resonate with each audience member differently; it’s only really Charles Dance as the nurturing Bertie, an uncle who dresses in women’s attire and tends to everyone with a genuine care, who creates a character universally welcome.

Due to Wheatley consolidating his original script with material provided by the cast, Happy New Year, Colin Burstead quite often feels more like an experimental project, a fly-on-the-wall type documentary-drama where every awkward (and utterly realistic) exchange and glance is captured.  And it’s because of this approach that the film could either alienate general audiences expecting something a little more even or rope enthusiasts in with its natural, hand-held aesthetic.