You are here: Home / Entertainment / The Lion King – Film Review 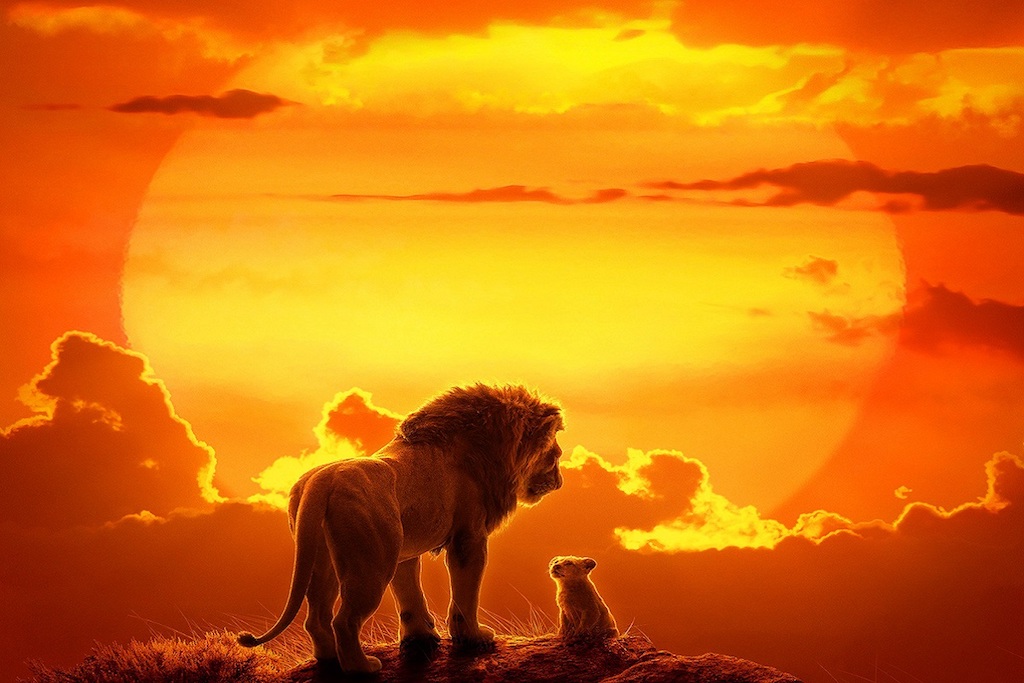 There’s a line uttered towards the closing moments of The Lion King where the villainous Scar (deliciously voiced by Chiwitel Ejiofor, easily forging his own identity separate from the grand vocals of Jeremy Irons from the animated original) that pretty much sums up this film to a tee: “This feels familiar. Where have I seen this before?”

Beat-by-beat from a story perspective, and nearly identical in its screenplay (give or take a few lines of dialogue), director Jon Favreau (The Jungle Book, Iron Man) and the House of Mouse have created (re-created?) a film so recognisable that it’s near-impossible to not compare it to the animated story that swept audiences away some 25 years prior.

The 2019 Lion King could technically be considered live-action, though the blurbs from the Disney notes would have it sound much more sophisticated and impressive by deeming it “state of the art” in its ambition to “blend live-action filmmaking with photo-real digital imagery”.  It’s a grand little word jumble, and there’s no doubt that what Favreau has created from a visual standpoint is anything other than a marvel; if you didn’t know any better you would believe this was shot on location in Africa. 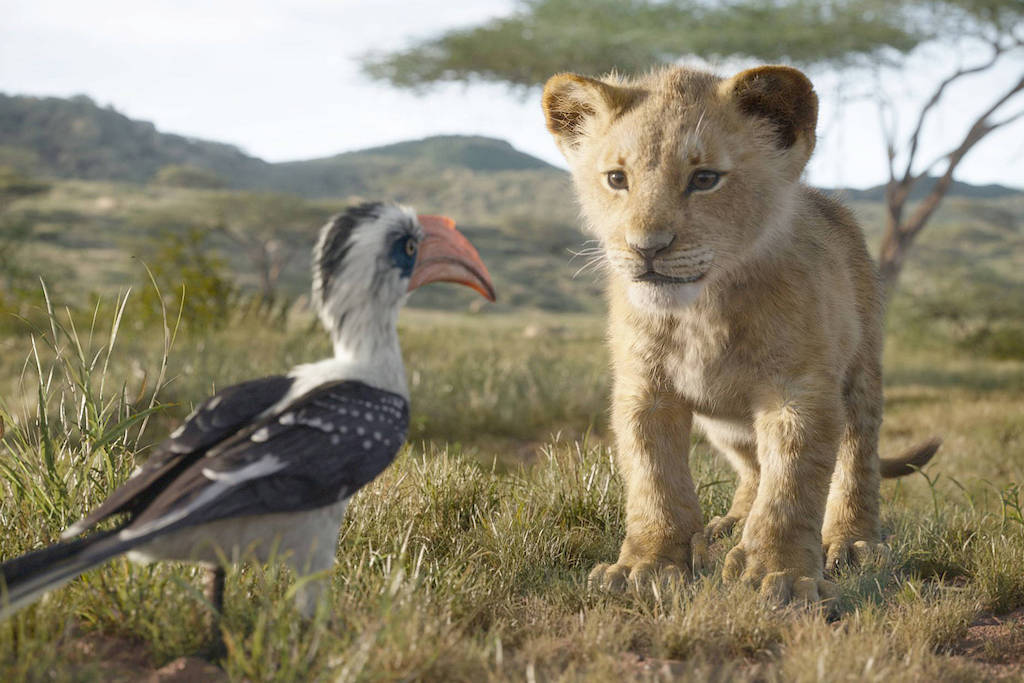 Just as spectacular as the backdrop are the animals themselves.  Everything has been so meticulously rendered that you feel as if you’re watching a David Attenborough nature special on a gloriously sized 4K projector screen.  It’s almost frightening how real everything looks.

Then the animals open their mouths to speak, and The Lion King loses the spark it lit so brightly during the opening shot-for-shot recreation of “Circle of Life”.  Due to Favreau’s insistence on reality the facial movements of the animals are limited, essentially meaning that you’re watching what a lion would look like if it could talk.  It’s a noble angle, but it’s almost too distressing, and it puts an immediate disconnect between their faces and the vocals; the two often feeling unmatched due to the former component’s downplaying and the latter’s enthusiasm.

Once you accept this creative choice though, the film’s groove refuses to deviate from what we expect, with cute King-in-waiting cub Simba (voiced as a youngen by JD McCrary and then Donald Glover as an adult) fleeing his home after some treacherous interference by jealous uncle Scar (Ejiofor) results in the death of his father (James Earl Jones reprising his role as Mufasa), befriending the carefree duo of Timon (Billy Eichner) and Pumbaa (Seth Rogen), a respective slow-witted warthog and wise-cracking meerkat who take the rogue cub under their wing, and ultimately learning the value of responsibility and bravery along the way.  Throw in some catchy (mostly) song and dance numbers, an obligatory Beyonce soundtrack cut, some Disney-approved violence, and you have fun for the whole family. 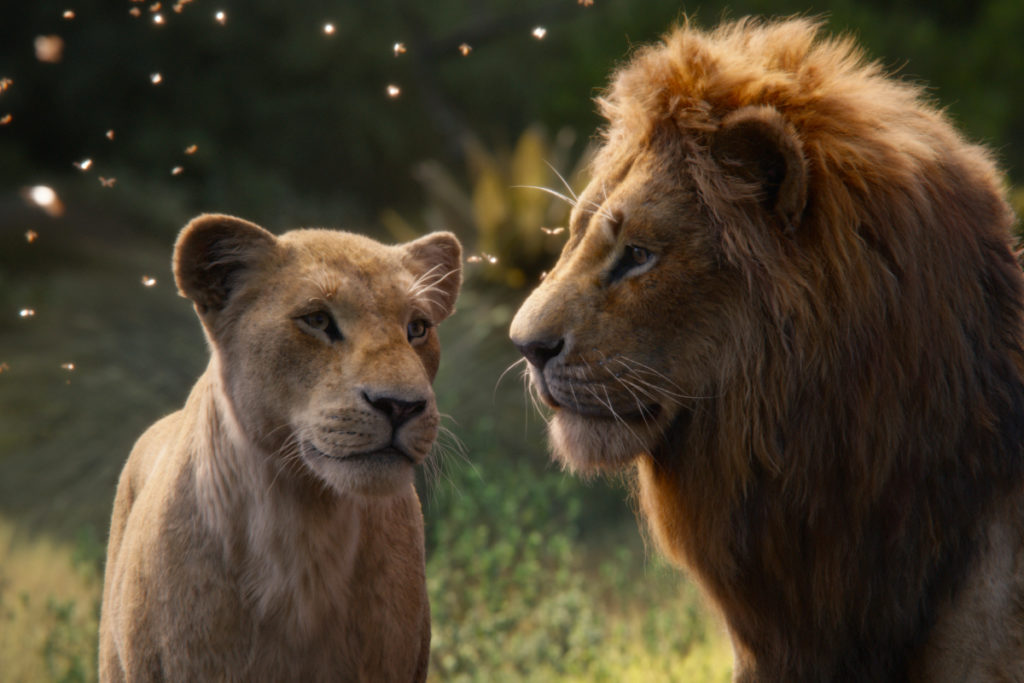 Of course, if this is the first time some audience members are witnessing this story, it’ll most likely seem somewhat thrilling.  But for those of us that have seen it before (and I suspect that’ll be the majority of curious cinema goers this weekend), it’s hard not to think this is a lesser introduction to Simba’s story; the sheer elation that can be evoked from classic hand-drawn animation is nowhere to be seen here.

Having redone The Jungle Book for Disney 3 years ago, Favreau proved his worth as an innovative visual director.  There he was able to update the story and inject a darkness that gave it a new identity, here it’s more or less the same, save for a plumping up for the character of Nala (which is more than likely due to the fact that Beyonce – who, sorry fans, is particularly lifeless throughout – is on vocal duties) and a slew of rapid-fire jokes and self-referential observations from Eichner’s Timon; the comedian, along with Rogen and Ejiofor, seemingly the only cast members aware that they’re in an animated film where, you know, being vocally animated is something of a necessity. 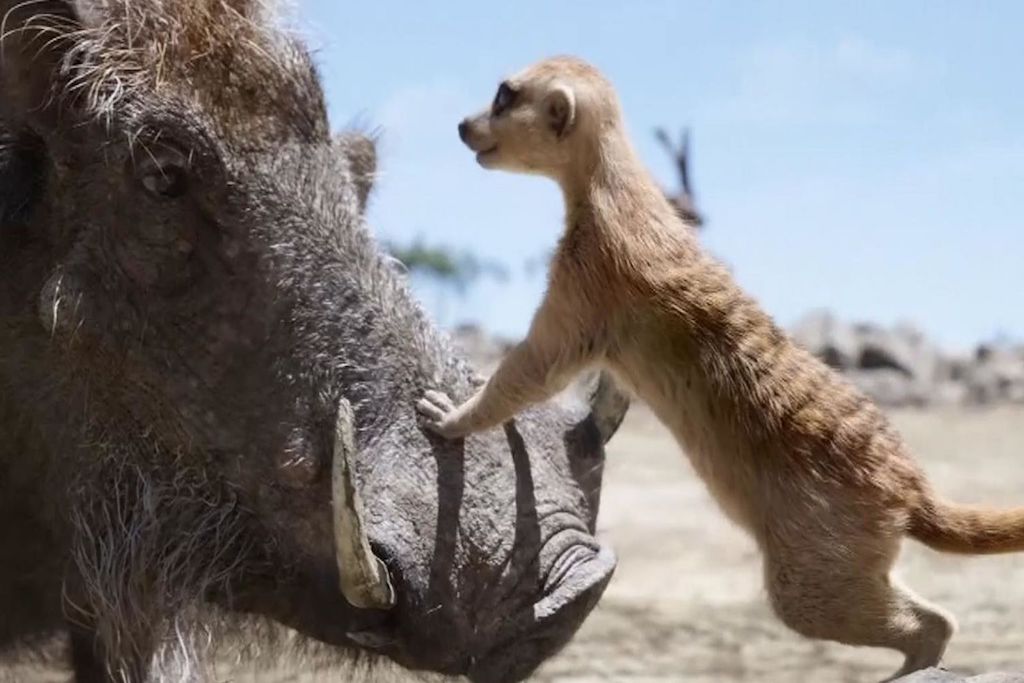 When it comes to remakes I pride myself on looking at the project on its own merits and not comparing it to its original counterpart, and though i’m aware i’ve referred to the original and this film’s inferiority throughout my review, if you took the 1994 feature off the table, this 2019 overhaul would still receive my criticism for its lacking emotion but earn my praise in terms of visual sumptuousness and the scene-saving presence of Eichner and Rogen.

This is a beautiful film to look at without question, and younger audiences who haven’t been exposed to the animated original are likely to lap this up, but the joy that radiates from a viewing of the aforementioned 1994 classic is unlikely to be experienced here.  There’s beauty in visual technicality but warmth comes from a story’s heart, and Favreau and co. are sadly not able to emulate that feeling our nostalgia so badly wants to feels.

About The Lion King

Simba idolizes his father, King Mufasa, and takes to heart his own royal destiny on the plains of Africa. But not everyone in the kingdom celebrates the new cub’s arrival. Scar, Mufasa’s brother — and former heir to the throne — has plans of his own. The battle for Pride Rock is soon ravaged with betrayal, tragedy and drama, ultimately resulting in Simba’s exile. Now, with help from a curious pair of newfound friends, Simba must figure out how to grow up and take back what is rightfully his.

The Lion King (PG) is screening in Australian theatres from July 17th 2019.