You are here: Home / Interviews / Interview with Brisbane’s The Iron Eye 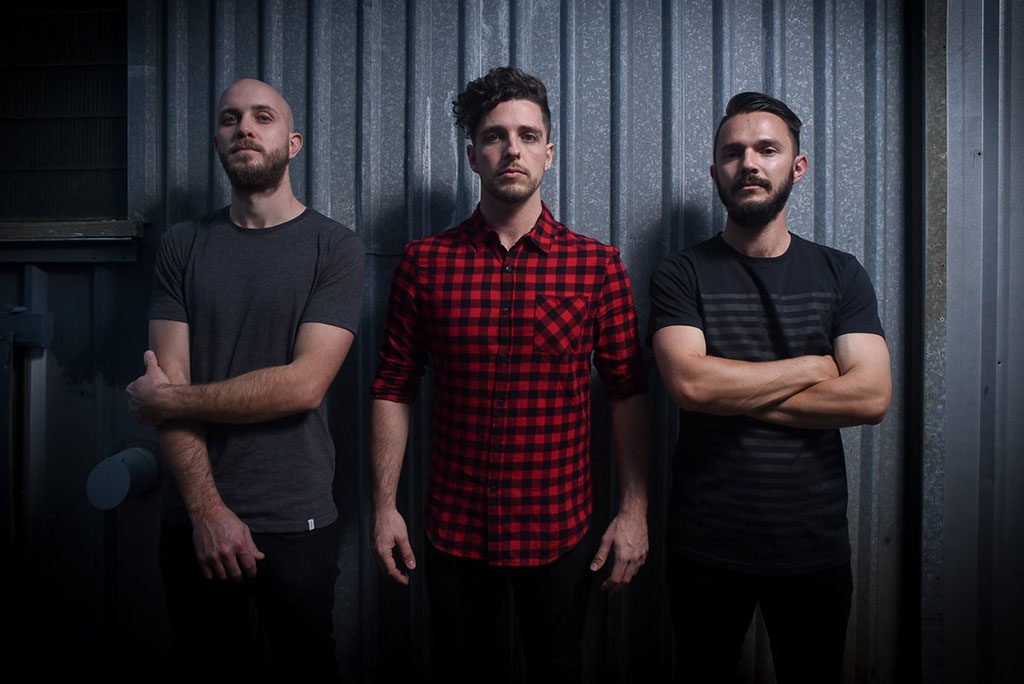 We chatted with the guys from The Iron Eye about their latest release, Conscience Cleaner:

How do you describe your sound?

“A slick rock 3 piece yet still having a serrated edge”

What inspired your latest release?

Our track “Conscience Cleaner” definitely captures our most raw, live element. Being big NIN and Prodigy fans, I think this one really sits well between the lines of tracks like NIN’s Gave Up and Prodigy’s Jericho.

Tell us a bit about your tour

We are nearly at the end of this tour. Having knocked over SYD and MELB dates early, we’ve just got back from our New Zealand leg with legends Dead Favours (shows in Auckland and Christchurch) and we have our one last hometown show at Crowbar Brisbane, to end on a bang!

How do you wind down while on tour?

We have this thing where we normally find a park, or patch of grass where we can just sleep in the sun and try and recover from our hangovers. No, the sun isn’t good for a hangover, but we are normally in that “checked out of accom, can’t check in yet” limbo. Or if you tour with Dead Favours, you normally don’t get sober enough to get the hangover, because your body contains at least one bottle of tequila from the night before….

Tell us about your creative process?

We normally just start from scratch in our studio. Most the time it’s just us throwing around ideas and riffs to see what excites us then we go from there.

Who did you grow up listening to?

I was very lucky growing up with an amazing Dad who was also a drummer. His record collection spans from Led Zeppelin, Dire Straits, Sabbath, Deep Purple right through to Frank Zappa and Jethro Tull and Santana.

What are you up to right now?

Rockstar moment: Doing a load of washing from our New Zealand your leg. Tequila smell comes out right?

We’ve got our last Brisbane show on Friday 5th of October. There’s a bunch of killer bands playing, Elko Fields is also launching their new single, plus we have locals Faux Bandit and Tai Sui joining the fun.

We’ve got some new music in the works too, we’ve just finished up another single but I won’t tell you when that one is coming just yet!

The Iron Eye are a rock trio hailing from Brisbane, Australia. With Tom Larkin (Shihad) in the producer’s chair and Samuel K (The Getaway Plan, Gatherer) on the mixing console. Head to the Iron Eye website for more information.