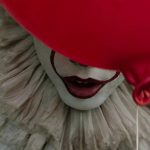 IT is the 2017 feature film adaptation of Stephen King’s horror book of the same name. There is a shape-shifting killer clown roaming through the sewer systems and praying on the young children of Derry, Main. The young cast excels at acting and creating a genuine range of emotions. The storyline has lots of weird moments, including gore and horror. The kids mature over the … END_OF_DOCUMENT_TOKEN_TO_BE_REPLACED

Hitman’s Bodyguard is an enjoyable action comedy film starring Ryan Reynolds and Samuel L Jackson with a flat storyline. The film starts with a predictable introduction and we are introduced to Michael Bryce who was once a triple-A rated personal protection agent. His ex-girlfriend asks him to protect Darius Kincaid and transport this notorious assassin from Manchester to The … END_OF_DOCUMENT_TOKEN_TO_BE_REPLACED

Dunkirk is a war film based on the event that occurred in May 1940 after Germany had advanced into France leaving the Allied troops trapped on the beaches of Dunkirk. The film follows a couple of different storylines which keeps things engaging. The dialogue is kept to a bare minimum and we don’t warm to any one character. And yet, we are still barracking for them collectively. … END_OF_DOCUMENT_TOKEN_TO_BE_REPLACED

Atomic Blonde hits all the right spots with a strong kick-arse female lead (Charlize Theron), an action-packed script and killer upbeat soundtrack. M16 Agent Lorraine has been sent to the centre of Berlin to recover a list of spies hidden inside a watch. There she partners up with station chief David Percival (James McAvoy) for this almost impossible mission. Okay, so I found … END_OF_DOCUMENT_TOKEN_TO_BE_REPLACED

﻿ Baby Driver is a must-see fun take on the robber slash car chase genre. The film centres on the young getaway driver (Ansel Elgort) who relies on listening to custom made soundtracks to plot his escape route. He develops a crush on the local waitress (Lily James) and promises her a new life by driving away from it all with no plans. However, his crime boss (Kevin Spacey) … END_OF_DOCUMENT_TOKEN_TO_BE_REPLACED