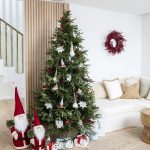 One of my friends had an impressive Christmas tree - it was created with a combination of good factors.  The living room had a high ceiling, so the tree was super-sized. His brother had worked in the Christmas section of Myer, so the family was able to collect a fantastic range of decorations on sale and with a staff discount. If you’re a mere mortal and don’t want to … END_OF_DOCUMENT_TOKEN_TO_BE_REPLACED 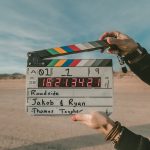 Here are some of the films and tv shows coming out in the next couple of months: Misbehaviour  In 1970, the Miss World competition took place in London, hosted by US comedy legend, Bob Hope. At the time, Miss World was the most-watched TV show on the planet with over 100 million viewers. Claiming that beauty competitions demeaned women, the newly formed Women’s … END_OF_DOCUMENT_TOKEN_TO_BE_REPLACED 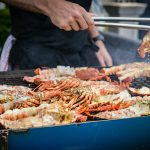 Backyard BBQs are back.  Anything related to barbequing has been flying off the shelves from the local kitchen shops. This year, everyone has been experimenting with recipes and different techniques. Boy have we take them up a level. The Brisbanista team have fired up their own barbeque and have been road-testing these recipes: If you enjoy barbeques, cooking and … END_OF_DOCUMENT_TOKEN_TO_BE_REPLACED 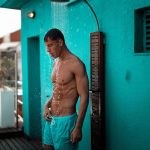 After a long hard week at work, you might like to unwind with a beer shower or wine bath. You’ve probably seen those unrealistic pictures of pretty young ladies having a glass of wine overlooking some jar dropping beautiful spa location overseas. They are designed to push all of our envy buttons. Well here’s how Aussie’s can recreate the experience at home on a … END_OF_DOCUMENT_TOKEN_TO_BE_REPLACED 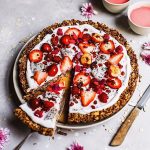 Looking for a sneaky way to get your kids to eat their granola? Why not give this delicious granola pizza a try, using a few ingredients to create a sweet and aesthetically beautiful dessert pizza, that will be loved by all the family. Granola Pizza Recipe Ingredients 2½ Cups PRO-biotic Almond and Manuka Honey Toasted Muesli½ Cups Coconut Oil, melted2 Tablespoons Rice … END_OF_DOCUMENT_TOKEN_TO_BE_REPLACED