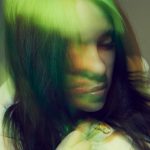 The trajectory of Billie Eilish's ascension to superstardom is one that almost seems too easy in its process.  At 13 she recorded a song called "Ocean Eyes", one that she uploaded to Soundcloud and amassed over 40 million plays in the process.  Now, at 19, she's a 5-time Grammy Award winning musician who has seemingly tapped into the emotional psyche - some might even say … END_OF_DOCUMENT_TOKEN_TO_BE_REPLACED