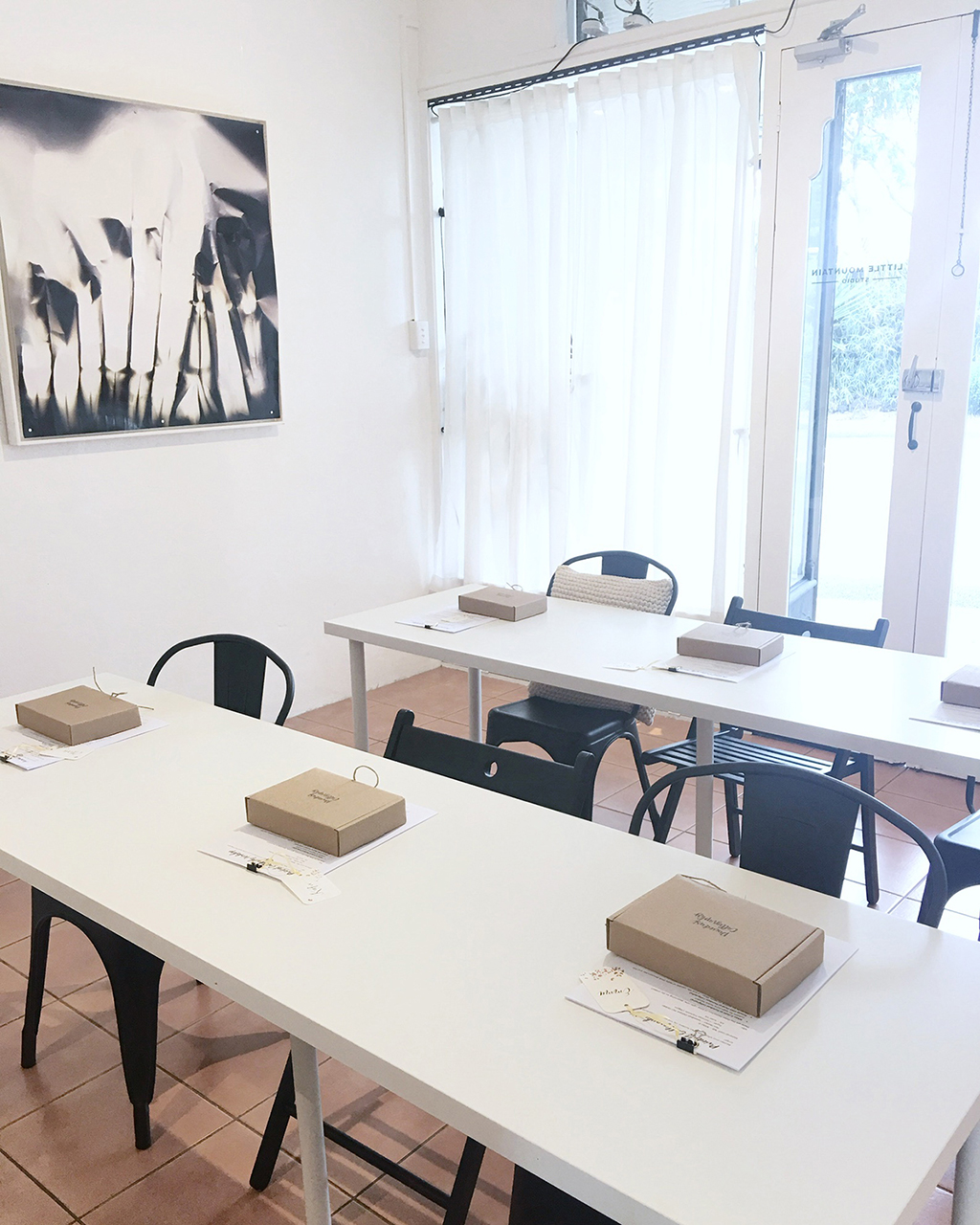 I attended the first Pixiedust Calligraphy workshop of the year.

I arrived at the light and airy studio with a name tag and box in my place. My companions were of various ages and included a couple on a husband and wife on a date.

The box containing everything we needed for the day and to get started in calligraphy, including:

The handouts were good and easy to follow. Charlotte gave encouraging advice throughout and helped us out with particular letters or phrases we wanted.

After an introduction and explanation on how to add the nib to the calligraphy pen, we were off. The fantastic part of this workshop is that there is ample time to practice. 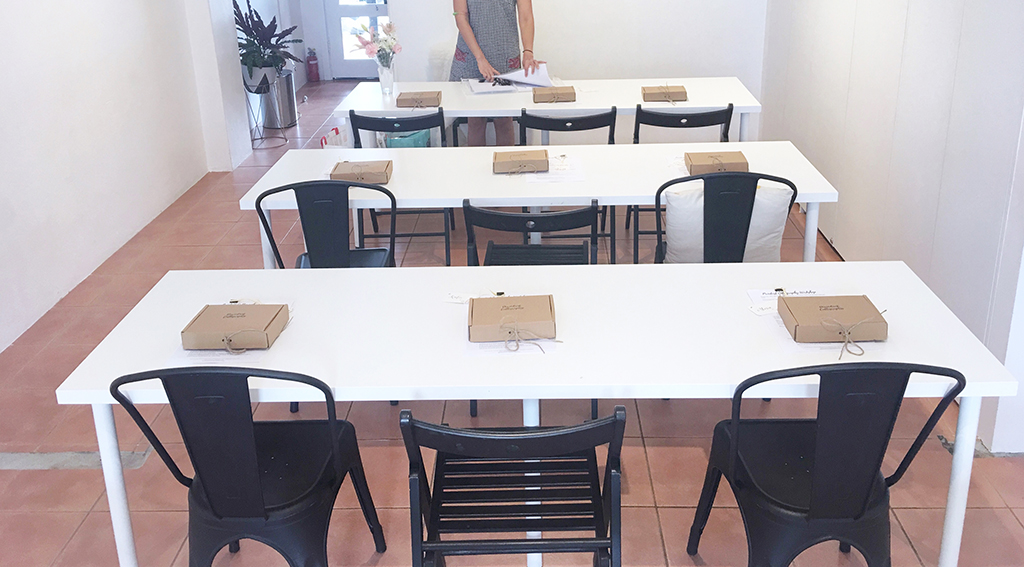 Charlotte explains that her passion for calligraphy all started with her own wedding. She wanted to capture and document all the wonderful bits and pieces about her husband and their relationship on paper.

She ran out of time for her own wedding but had caught the bug. Charlotte realized how much she would love to work with others to bring the joy and give the bride a hand with the planning, invitations and decorations.

These workshops will be held at least once a month by Charlotte Chan. They are held in various locations around Brisbane, but this one was at Little Mountain Studio at 17/109 Musgrave Road in Red Hill.

The calligraphy classes have been selling out, so book your workshop spot early. 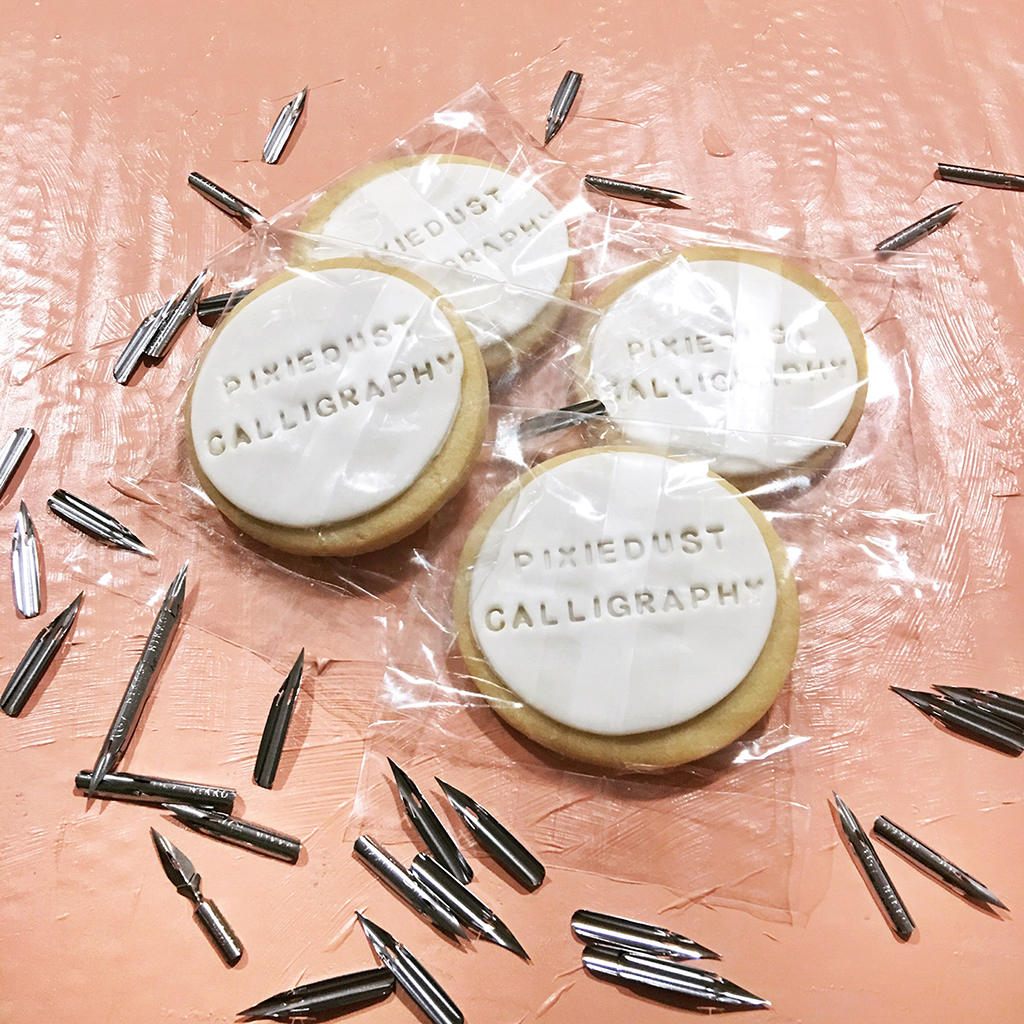