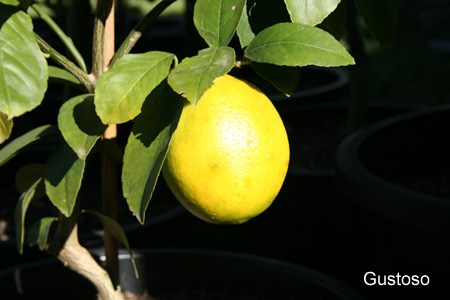 After a couple of attempts at making sago, I have finally found the answer. It still looks like frog’s eggs, but it’s a light and refreshing dessert.

Sago is sometimes sold as ‘seed tapioca’. The one  I used is made by McKenzie’s and they clarify the difference on the back of the packet:

A common alternative to Sago is Seed Tapioca. Sago and Tapioca are both starch extracts, sago from various southeast sago palms and tapioca is processed from the tubers of the cassava plant.

This explains my mixed results. Perhaps I should rename the recipe to Luscious Lemon Seed Tapioca? Naw, it doesn’t have the same ring to it.

You may like to try this recipe with limes instead. I like to eat lemon sago alone, but you can serve it with fresh or stewed fruit and cream or custard.