You are here: Home / Entertainment / Kilted Yoga – Book and Video 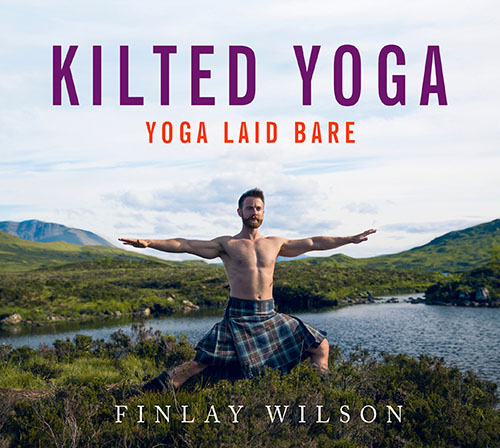 So you thought all Scotish men were too tough to do yoga? Think again.

The Kilted Yoga book is about to hit Australian shelves in a few weeks after the yogi almost broke the internet with 43 million video views in just 5 days!

‘Yoga and kilts in a Perthshire forest has proved to be just what the world was waiting for.’ – BBC ‘Apparently there is something about the recipe of beards, kilts, butts and the Scottish highlands that just works.’ – Finlay Wilson

The motivational guide to yoga with beautiful full-colour images is sure to be a hit and the perfect gift idea. After recovering from an accident and surgery on his legs, the author Finlay Wilson discovered yoga was a great way to rebuild his strength. He then qualified as a Forrest yoga instructor with his own take on the traditional practice (clothes optional, but kilt preferred).

Finlay explains the fundamentals of yoga and the book includes four progressive sequences to help you start and develop your own practice.

The book is packed with stunning photography of the Scottish Highlands and of course, good looking kilted men.

Kilted Yoga will be released in Australia as an ebook on 19 October, with the hardback to follow 14 November 2017.

Head to the Kilted Yoga Facebook page to keep up to date. 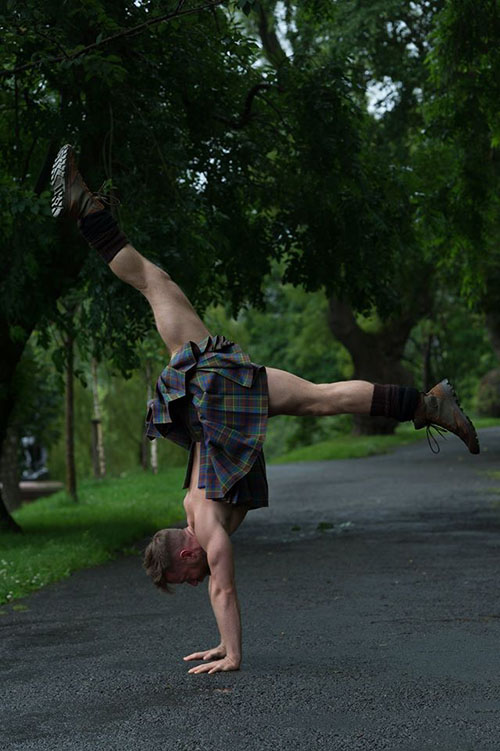 Finlay Wilson lives in Dundee, Scotland, and works as a certified Forrest yoga instructor and bodyworker as well as a BBC content creator. He is the founder and principal teacher of Heart Space Yoga & Bodyworks in Dundee and is a widely sought-after international yoga teacher. You can now practice online with Finlay via Mat2Mat, an online Yoga platform. So no matter where you are in the world, you can get some great medicine at home.