You are here: Home / Entertainment / Interview with Oz Comic-Con artists

The local response to the lauded U.S. Comic-Con that has become an event in itself over the last few years (especially since Marvel Studios effectively took over the entertainment industry), Brisbane’s Oz Comic-Con brings together fans and admirers of all things pop-culture.

In the lead-up to the event, Brisbanista’s own Peter Gray caught two of this year’s prestigious guests – award-winning Italian graphic novelist Thomas Campi and writer for both Marvel and DC, Christopher Sequeira – and asked them about their unique careers. 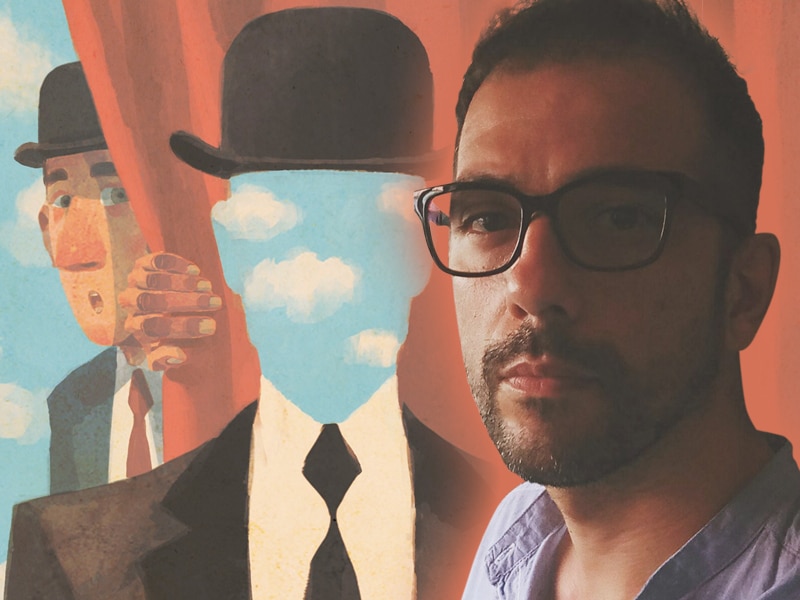 What was it that inspired you to become a comic artist?

I’ve been drawing all my life, probably because both my grandpa and my dad are artists and when I was a kid I was amazed by my dad’s drawings and by the magic of creating something on a simple piece of paper. Back in art school I was studying interior design and considering becoming an architect, until one day of early summer 1993 when I saw my first comic exhibition. That day, walking around a deconsecrated and restored church there were original comic pages on the wall from several Italian artists, some of them became my mentors like Germano Bonazzi and shortly after Roberto Zaghi, both from my hometown Ferrara. Standing there looking at those beautiful original comic pages made me realise what I already knew, even though with no real awareness yet, that comics are a wonderful form of visual art, that a comic page can be framed, that a drawing has life and most of all that a person could do that, and possibly get paid for it. I clearly remember feeling a fire inside me, an inner force that started leading toward the dream of becoming a comic artist, a fire that I still have, maybe even stronger than before.

Did you feel any pressure when approaching your latest work, ‘The Artist Behind Superman’?

I felt a bit of pressure at the beginning. Working on such a popular story about the two artists who created the first superhero and basically the all American comics industry was intimidating. But the more I was learning about this story and got to know about Joe and Jerry and their genuine passion for telling stories and for comics, the more I felt close to them and confident (if that’s possible when making comics) in approaching the 160 pages I had to storyboard and draw. I didn’t want to imitate any style (except when representing old strips from the golden age), I didn’t want to use any line work. That’s why, after I sketched the storyboards, I simply painted over them without penciling, trying to give a more painterly feeling to the final page – something that could suggest a particular mood, describe a moment. I really tried to not overwork the drawings with too many details that would have filled the page but not add any emotion. I wanted a warm feeling, like the one you have with particular dear memories.

Was this particular story one you were familiar with?

I knew about Jerry Siegel and Joe Shuster and their legal and economic struggle after the success of Superman, but not much about their friendship or the ups and downs and the help they had from Jerry Robinson and Neil Adams. I read a lot about them, searched as many photos and videos as I could until everything became familiar to me, if that makes sense. During the time I’ve worked on this book I felt a connection with them. They were normal people, coming from working class families, who were able to live their dream (at least at the beginning ), just like myself, with the difference I’m lucky enough to be living my dream for 20 years now.

How collaborative was it when working with the story’s author, Julian Voloj?

It was challenging. The process for “Joe Shuster” was slightly different from all the comics I’ve done before. One of the reasons is that me and Julian live in very different time zones. I’m in Sydney while he’s in New York, which made it difficult to have frequent Skype or phone conversations regarding both script and storyboards which is something I usually do when I’m working with writers. Julian’s narration is full of emotion and based on a very solid research, it’s also written in prose with no specification of panels and pages number. I had to edit the story, decide how many panels to put in a page, where to have the dialogues, all what was needed to make it into a script, but he trusted my storytelling skills which brought an inspiring freedom to my creativity and the approach to the way I wanted to tell this story.

Is there a difference in comic book culture between Australia and Europe?

That is something I get obsessed about and it’s also a bit complicated to explain. Australia is a young country, it’s a vast continent, but with not a huge population. Considering this, it’s easy to say that the comic culture is not as rich as in Europe where there is a very old tradition and a very big market. In Italy, where I come from, we have about 60 million people, that means more people reading and buying comics, which translated in economic terms means there is a business, and many publishers who invest in comics. France and Belgium together are even a bigger market. Only last year they published 5000 titles. The sales for children and young adult comics increased by about 200%. There are many publishers that only produce and publish comics, there are many festivals all over Europe and especially in Paris and there are many Art Galleries dealing only in original comic pages and illustrations.

In Australia, and it’s only my impression of course, it seems that most of the publishers do not invest in comics, but only buy titles overseas which is less risky, but has the negative side of not creating any real comic market. It happened many times that in conversations between comic lovers I heard “Are you Marvel or DC?”. For me it’s very reductive. Comics are much more than that, it’s visual storytelling, could be anything from superheroes to something more intimate (and not just autobiographic stories like I see many times in indie comics). It’s the same as movies, you don’t say “Are you 20th Century Fox or Warner Bros?”. What I would love to see here in Australia is a publisher who has the courage to create and publish more comics, also a change of perspective and see comics as a form of art (the ninth art as they say in France ). 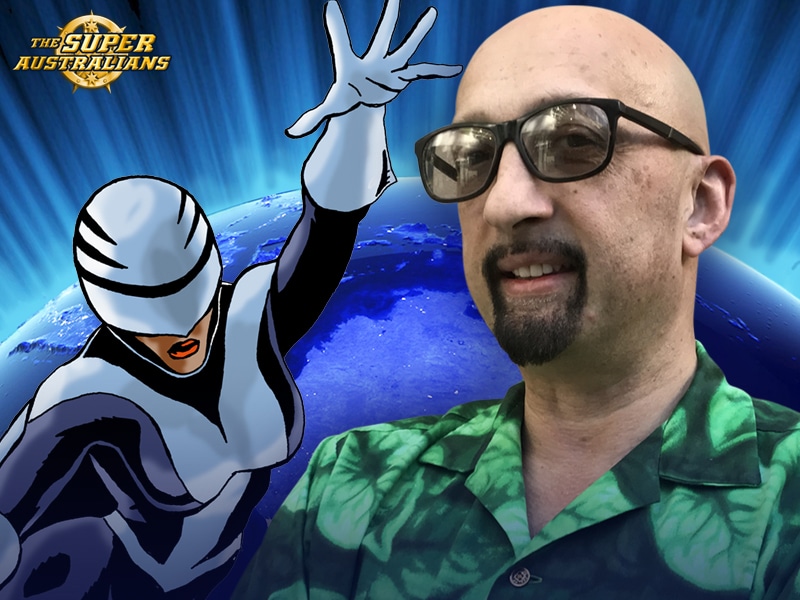 You’ve worked across multiple facets of media, do you find it difficult in working across so many different channels?

Short answer is ‘No’, because I really enjoy the different story-telling mediums. I love pure prose, especially the short story format, as per the stories I’ve written and the stories by other people I’ve commissioned and edited for collections like CTHULHU DEEP DOWN UNDER, SHERLOCK HOLMES: THE AUSTRALIAN CASEBOOK, and SHERLOCK HOLMES AND DOCTOR WAS NOT. Short stories are such an elegant and special exercise in craft and can really reach people. Whereas comic-book scripts are intense in the collaborative aspect – you imagine scenes and panels but the final reality is in the hands of the artist – and that is really exciting. A very powerful medium.

I’ve just started doing more work in the film space and love that, too, whether it be script consulting on things like DESCENT INTO THE MAELSTROM: THE RADIO BIRDMAN STORY for my brother, Jonathan Sequeira); or writing screenplays for feature films (one original story project to be shot in Australia leaning on one of my fave historical subjects – but I can’t say anything for now). Film is even more collaborative and has greater pressures in some ways than comics, but of course reaches more people, so it balances out.

There’s no difficulty with hopping back and forth between the various channels providing you understand the specific strengths and limitations of each medium, and even the commercial as well as the artistic requirements.

Sherlock Holmes is evidently a character you hold close to you, what is it about that character that means so much to you?

I’ve said it before, and will again and again: In many ways this guy is the FIRST SUPERHERO of modern English-language literature. He’s the first truly science-centred, continuing series fictional character. A selfless force for good who doesn’t have Good Fortune, or God or Gods, or the angels come to his rescue, he solves his cases via science and personal resolve. He can be us, the best of us. This is extremely central to his popularity and his longevity. And significantly, we DON’T admire him because he’s a member of the British upper classes, but because he behaves as if he couldn’t care less about class structure, he cares about the amount of brains between your ears and whether you act with integrity. He’s smarter than everyone on the planet except his brother and nemesis Moriarty, but that’s cool, too; ‘relatable’ tensions built right into the character’s framework!

You’ve written works for such major comic companies as Marvel and DC. Is there a distinct difference in the work structure when dealing with opposing brands?

No, they are very similar, in fact, and very professional and well organised. But the individual characters and stories must be treated as absolutely unique and not approached in a generic way. The philosophy goes something along the lines of “A good Iron Man story isn’t possible if you could plug any superhero into it instead of Iron Man and it came out the same.” A dilemma worthy of Spider-Man isn’t going to work for Superman. Once you understand how that works you actually have a good diagnostic tool to use on a story before you submit it!

How did you become involved in ‘SuperAustralians’?

My fault! This was my own crazy idea. I had written comics, edited comics, published comics, and I thought we really haven’t had the big team superhero concept in a commercial publication in a serious way for decades, and with the renaissance in superheroes because of cinema, someone should try this again, with some big talents on the page, and see what contemporary ideas about story and character will do to impact the final work. So, I thought I’d approach this as an editorial / curation job as well as a scripting job and produce something suitable for bookstores in this country. Quite a few years later and here we are with some of the finest practitioners in the medium in the country in the book – it is extraordinary. If it’s a success by any measure that will be down to the brilliant artists and writers. And if it’s a failure please blame me!

And: A SuperAustralians TRUE STORY no will believe: I used to correspond with, and phone (and once visited and shook hands with) the late comic-book God, and co-creator of Spider-Man and Dr Strange, STEVE DITKO. No kidding. I actually have in my possession a letter from the great man from a few years back telling me he thought my idea of a comic-book with twelve different heroes in it was a good idea and he supported it! No wonder I would not rest until I completed this book, despite the number of times people told me it couldn’t be done here!

My thanks to Oz Comic-Con and both Thomas and Christopher for taking the time for this interview.  Tickets for this weekend’s convention are available through the official website here.