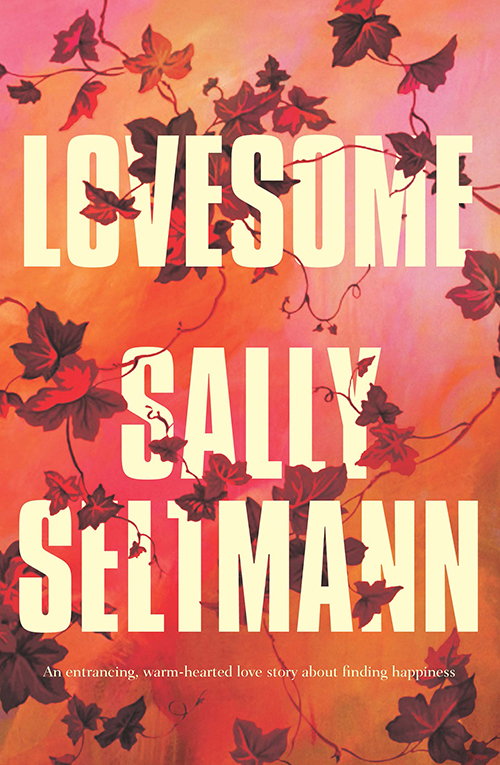 Lovesome by Sally Seltmann is her debut novel about growing up, searching for love and happiness, and finding pain and joy in friendship.

Balmain, Sydney 1995 – Joni Johnson, age 21, having finished art school, is a budding artist by day. By night she’s employed as a waitress at an unusual French restaurant called Harland. It is run by the incorrigible Lucy, who once lived in Paris and claims she’s 38 but is in fact 43!

The restaurant has four rooms, including the bar room, all beautifully decorated with a variety of objet d’art, and a fifth down the garden path, called The Pines. Other members of staff are Juliet, another waitress, and Dave, the chef, who is aided by Michael and Simon.

Joni loves her life of art and waitressing, although her happiness would be complete if she could find true love.

Joni’s life is thrown into turmoil, however, when her friend, Annabelle, who has been pursuing a career as a singer in the UK, arrives on the doorstep. She asks to stay with Joni while awaiting the love of her life, musician and songwriter Johnny Harrison, who is coming over from New York.

In the meantime, Annabelle is to be interviewed by Polly, an Englishwoman, who works for a top UK magazine. James, an Australian, is also being sent from London to take photographs.

Annabelle’s vibrant personality soon puts Joni in the shade. However, when Annabelle becomes jealous of James’ interest in Joni, and sets out to steal him from her, will their friendship survive?

This charming novel is not only about relationships between the characters, but also about the Harland restaurant, which is so much more than a mere building. The detailed descriptions of the rooms transform them into theatre sets where the vibrant Lucy is the lead performer. She runs the show before, during and after the diners are present.

Lovesome is a heartwarming story and a wonderful read.

Lovesome is available as a paperbook.

Sally Seltmann is the award-winning Australian singer-songwriter behind intoxicating albums such as ‘Hey Daydreamer’, ‘Heart That’s Pounding’, ‘Somewhere, Anywhere’ and ‘The Last Beautiful Day’. She is the co-writer of the hit song ‘1234’, performed by Feist. Sally Seltmann previously performed under the name New Buffalo, and is a member of Seeker Lover Keeper.