You are here: Home / Entertainment / Books / Forgotten Women: The Artists & The Writers 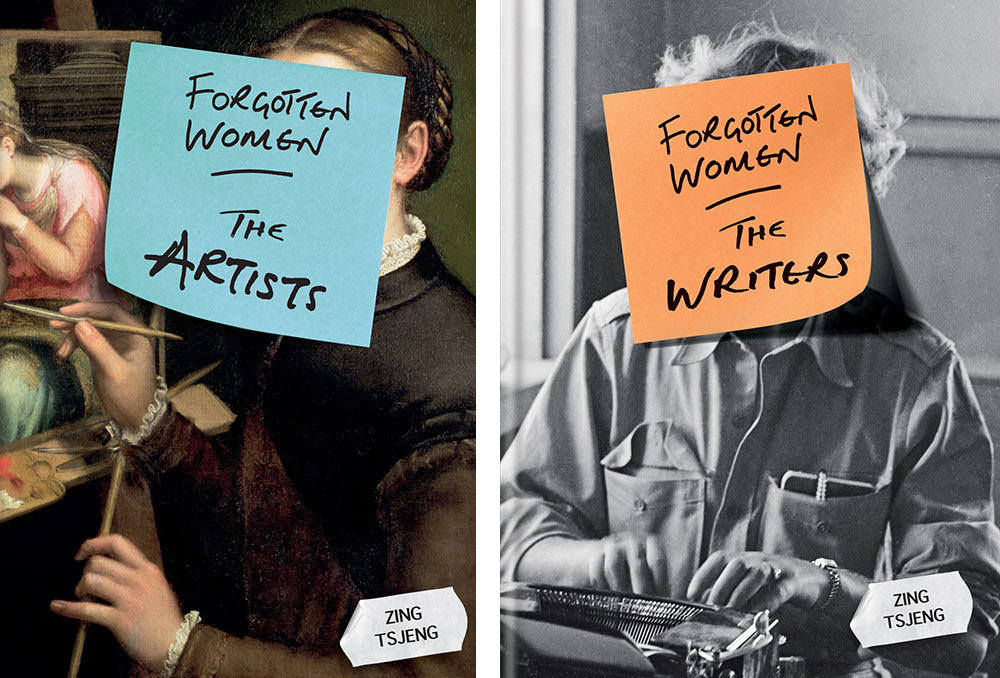 The Forgotten Women are a series of books written by Zing Tsjeng. Currently, the series cover leaders, scientists, artists and writers.

The author and her team of editors have tried to select a range of women from around the world and across historical periods. Each person has a beautiful colour illustration and a couple of pages to explain their contribution to the field and their life story.

Unfortunately, women make up only a third of those in print of major literary publications and journals.

The Writers book is divided into the following sections: poets and playwrights, novelists and short story writers, historians, academics and diarist, essayists, journalists and editors.

The Artists include 48 women who possessed the drive and self-understanding to make a change.

The Artists book is divided into the following sections: abstract, figurative, performance and conceptual, craft, photography and design.

It is heart-warming to hear that museums and art galleries are starting to diversify their collections.

Even though I studied history through high school, I was surprised that I had heard of only a couple of these creative females.

Zing Tsjeng is the UK Editor of VICE.com’s female-vertical Broadly. The channel focuses on women’s issues and has been hailed as the ‘slickest feminist platform around’. Zing has also become a spokesperson for millennial women, debating at Telegraph Women events, twice appearing on BBC Radio 4’s “Late Night Woman’s Hour” and writing for Dazed, the Guardian and Broadly.

womenwhodraw.com is the first open directory of female professional illustrators from around the world. It has been featured in Vogue and on the Huffington Post.