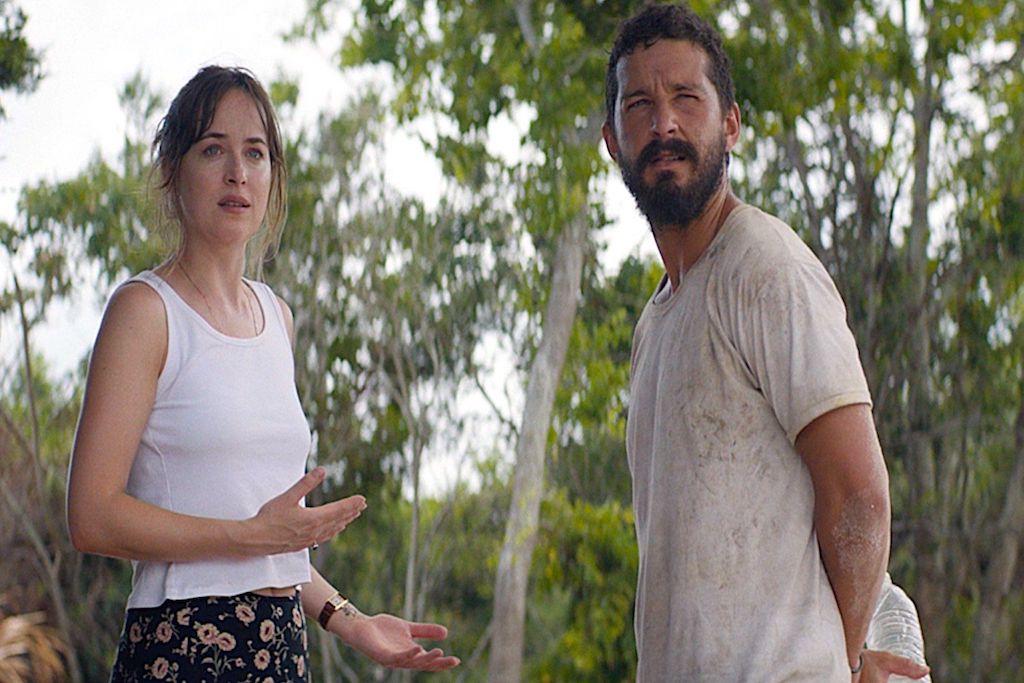 After meeting aspiring actor Zack Gottsagen at a camp for performers with disabilities (Gottsagen has down syndrome), writing/directing duo Tyler Nilson and Michael Schwartz knew they had to make a film for him.  Taking Gottsagen’s own desires of being an actor and altering it slightly for his character (also named Zak) – here it’s a love of wrestling – The Peanut Butter Falcon is a modern-day variation of Mark Twain’s Huckleberry Finn tale, consistently playing to the strengths of its immensely likeable subject.

Due to having no family to care for him, young Zak has been relegated to a North Carolina retirement home where he spends most of his days religiously watching an old VHS profiling wrestling celebrity The  Salt Water Redneck (Thomas Haden Church).  Attempting to escape the compound is a seemingly regular occurrence, and though he’s deemed a flight risk and roomed with a retiree (a wonderful Bruce Dern), it isn’t long before he’s escaping again; his moment of freedom particularly amusing as he lathers himself up in soap so his body can easily slide between the barred windows he’s managed to pry open.

After spending his first night stowed away on a stalled fishing boat, Zak meets troubled fisherman Tyler (Shia LaBeouf, showcasing the most heart we’ve had the privilege of seeing him display on-screen in recent memory), eventually convincing him to let him string along on the planned journey to Florida, where Zak’s dreams of becoming a wrestler under the guidance of Salt Water Redneck can come to fruition.

It’s an eccentric story description, but The Peanut Butter Falcon overcomes any of its expected oddities due to the connection between Zak and Tyler forming organically and doing away with any misconceptions that could potentially sever any emotional attachment.  Tyler doesn’t pander to Zak because of his disability, he speaks to him like an equal (something it would appear is foreign to Zak), which in turn brings about a sense of unexpected comfort for Tyler, as the briefest of moments suggest the relationship he had with his deceased brother (Jon Bernthal) was the one component in his life that kept him grounded.

And just as much as Tyler benefits from Zak, Zak learns to both think of and see himself as a far more capable man than the system ever gave him credit for due to Tyler’s refusal to let Zak’s disability dictate his persona; this is initially exacerbated through the character of Eleanor (Dakota Johnson), Zak’s carer at the home, who, although kind-hearted, has a certain rigidness to her that eventually softens when she sees how much Zak thrives through Tyler’s support.

Sentimental without overdosing on saccharine, bookended by two subtle yet nuanced performances from LaBeouf and Johnson as two wandering souls seeking their own purpose, and centred by an utterly charming, revelatory turn from Gottsagen, The Peanut Butter Falcon is picturesque, soul-warming cinema that proves representation in cinema regarding talent with a disability can be possible without reducing them to a stereotype.

About The Peanut Butter Falcon

After running away from a residential nursing home to pursue his dream of becoming a pro wrestler, a man who has Down syndrome befriends an outlaw who becomes his coach and ally.