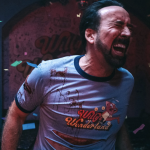 When it was announced that Nicolas Cage - the patron saint of left-field cinema - would be headlining a feature titled Willy's Wonderland, one that would pit him against a slew of murderous animatronics, it was understandable that the Cage fans felt like they'd be in for a treat. Another eccentric role for the actor, his Janitor at the centre of Kevin Lewis's ridiculous romp … END_OF_DOCUMENT_TOKEN_TO_BE_REPLACED 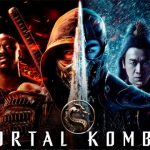 Lights. Popcorn. ACTION! Dendy Cinemas Coorparoo are celebrating all things action as throughout the month of April the most exciting genre vehicles arrive on the big screen. Screening from April 1st, Nobody, from the writer of John Wick, transforms Better Call Saul's Bob Odenkirk into an unlikely assassin as his self-professed "nobody" takes on a kingpin tied to his … END_OF_DOCUMENT_TOKEN_TO_BE_REPLACED