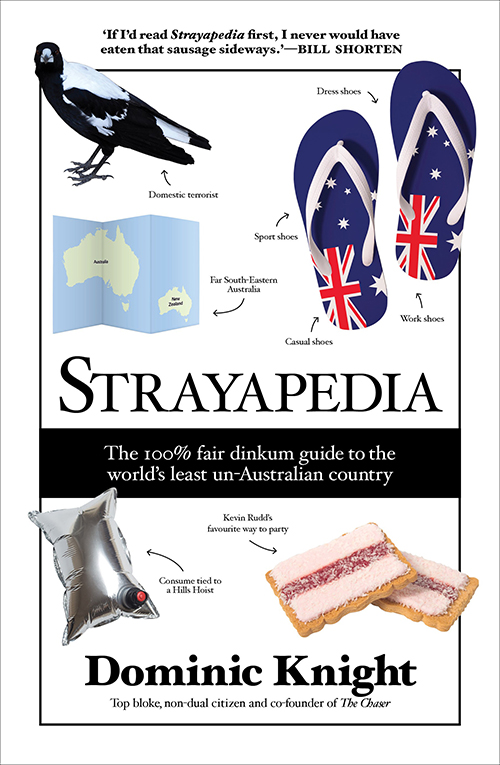 Strayapedia is a satirical look at rewriting the Australian pages of Wikipedia. Written by Dominic Knight it has the trademark humour of the co-founder of ‘The Chaser’.

Dom calls it a 100% fair dinkum guide to the world’s least un-Australian country.

Then there is food, politics, sports places, literary figures, and bands. There is a handful of black and white photographs. It promises to help anyone who might be seeking to pass a citizenship test or win a trivia night. It’s full of nonsense and more than slightly fictionalized and exaggerated accounts of history.

Stayapedia is going to appeal to fans of The Chaser’s type of humour or for a gift for someone overseas who might be homesick.

Dom Knight is one of the founders of The Chaser, and as a writer on most of their projects he was definitely responsible for all of the jokes you liked and none of the bad ones. In recent years he’s also presented serious programmes on ABC Radio and a silly one on Triple M.