You are here: Home / Entertainment / The Scarred Woman by Jussi Adler-Olsen – Book Review 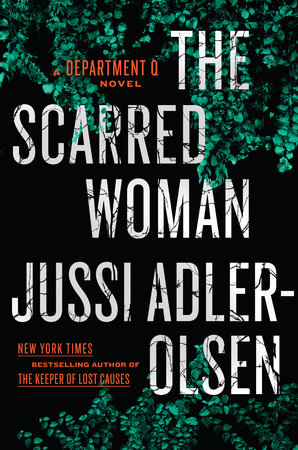 The Scarred Woman by Jussi Adler-Olsen is the seventh book in the Department Q series.

For those new to the series, Department Q is Copenhagen’s cold cases division headed by Detective Carl Mørck. It was formed nine years ago after a shooting that killed one member of Carl’s team and paralysed another.

The body of an elderly woman is discovered in a Copenhagen park. The method of killing the victim resembles another homicide from over a decade ago, which remains unsolved. The police struggle to find any connection between the victims.

Despite the conflict between departments, Carl persuades his superiors to let his team investigate both cases and puts his team under pressure to produce results. Failure could mean the closure of Department Q.

Additionally, the team are coping with the breakdown of their colleague, Rose, who has again admitted herself into the psychiatric hospital as she struggles to deal with her past. Carl decides to find out the truth behind her Father’s death ten years ago, suspecting that she may have been involved.

Department Q also finds itself involved in a current case when across town a group of young women are involved in hit-and-run accidents. The attacks appear random initially, but could they be related?

Will the team catch up with social worker Anne-Line Svendsen, who, now that she has been diagnosed with cancer and has nothing to lose, has vowed to rid the world of the self-indulgent young women, who work the welfare system for their own ends?

For those new to the series, as I was, you may find Carl and his unusual group of colleagues difficult to comprehend. It was only in the second half of the novel that I began to understand how the characters interacted with each other and why. Therefore I would advise readers to start with the first book in the series, The Keeper of Lost Causes, and work their way up. It will provide a much more enjoyable experience, as I’ve found with other crime novels written in series.

The Scarred Woman is available from your favourite bookstore in ebook, audio, paperback or hardback.

Jussi Adler-Olsen is a Danish author of Scandinavian crime fiction. He is best known in English-speaking countries for his Department Q series. His novels have sold in 36 countries around the world. He began to write novels in the 1990’s after a comprehensive career as publisher, editor, film composer for the Valhalla cartoon and as a bookseller.