You are here: Home / Entertainment / Books / Child of Mine by Janita Cunnington – Book Review 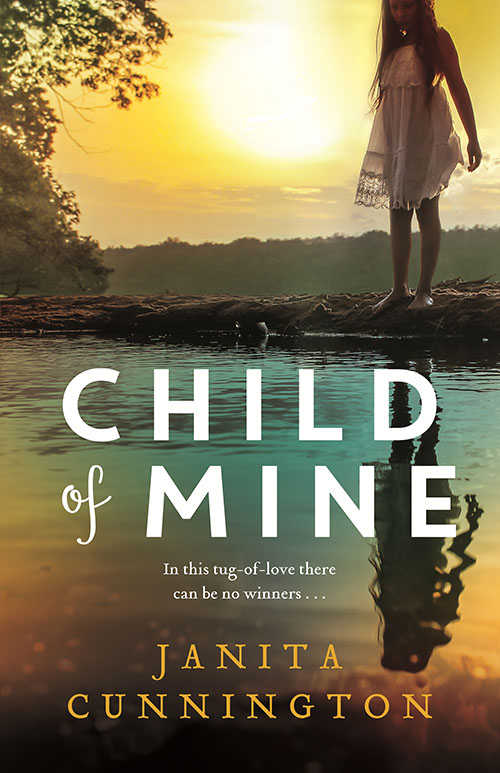 Child of Mine by the accomplished writer, Janita Cunnington, is an emotionally charged narrative. Donna is an irresponsible single mother in her 20’s with a young daughter, Flower. She leaves her family home and travels down to Brisbane with two male friends. They move into a cottage in Hill Street next door to Maggie Rowe, a 35-year-old teacher, and her Mother, Vera.

It is January 1974 and Brisbane suffers devastating floods that drive Donna, Flower, and the boys to seek refuge with Maggie and Vera. After the floods subside the boys move away and Donna meets Roddy, a member of the clean-up gang. She uses Flower as an excuse to stay on with Maggie and Vera. They are at first reluctant babysitters, but become fond of the child and take on more and more responsibility for her welfare.

Donna and Roddy disappear for months at a time, living in hippie communes and chasing harebrained schemes up and down the country. Maggie’s own hopes and dreams are put on hold as she takes on the role of Flower/Flora’s unofficial guardian.

When Donna returns wishing to reclaim her child, Maggie is loath to let go.

This is a well-written and wonderfully descriptive narrative, evoking memories of Brisbane in the 1970’s before the City expanded upward and modern technology took over. The dispute over the child and the mental anguish of all concerned will break your heart.

Child of Mine is available from 29 January 2018 as paperback and ebook.

Janita Cunnington has been writing for much of her life, mostly under the desk — verse, stories, articles, musings. Some of her poems have been published, along with reams of public information, booklets and brochures, and, with her husband, Col, a travel guide to South-East Queensland. Her debut novel was The River House published in 2016

Janita was born in the small New South Wales town of Barraba. Six months later, the family moved to Brisbane to live with her paternal grandfather in his sprawling Queenslander. Later the family moved onto a smallholding on the outskirts of Brisbane when she was nine. She came of age, married and had babies in the 60’s. In 1968 she traveled to Europe with her children and first husband. They were in Prague during the Warsaw Pact invasion. The experience made her prize the quieter dramas of ordinary suburban life
Janita now lives near the sea, on lovely, salt-stung Stradbroke Island.