You are here: Home / Entertainment / My Spy – Film Review 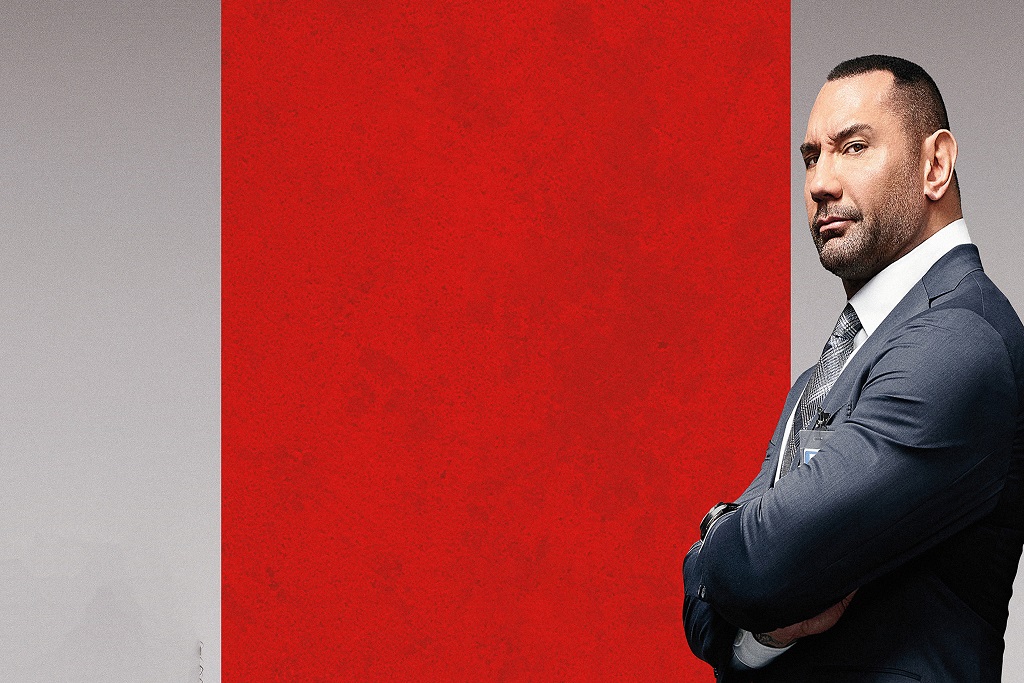 When the most interesting thing about a film is the behind-the-scenes drama regarding a release date and multiple trips to the classification board, you know you’re in trouble.  Such is the case with My Spy, a once planned mid-2019 family friendly actioner headlined by wrestler-turned-actor Dave Bautista that, rather mysteriously, saw its release yanked out a month ahead of its original August release to this January; it has since been delayed a further two months in the US where it will now debut in March.  There was the usual positive PR babble that the studio still had faith in the film and were merely giving it space between that other Bautista-led product Stuber, but that film’s poor reception couldn’t help but be presumed a factor.

Then there’s the fact that the now PG-rated film was submitted twice to the Australian censors board in a bid to drop it from its less family aimed M classification.  Admittedly, My Spy in its original form was an odd mixture of tween-aimed humour and surprising violence (for the record, I have only seen the M rated version), but even with whatever edits have been made to reduce its impact I can’t imagine the overall quality of Peter Segal’s action/comedy being improved as the film’s violent content is only one of its many issues.

After a standard spy-setting opening sequence that informs us that Bautista’s no-nonsense secret agent JJ is the type of rogue negotiator that disobeys orders but usually gets the job done regardless, My Spy gradually organises its hook where he and mismatched partner Bobbi (Kristen Schaal) have to surveil a mother-daughter duo who, unbeknownst to them, are caught up in a gang war of sorts.  You’d be forgiven for thinking this sounds interesting, amusing even, but the Eric & Jon Hoeber (Battleship, The Meg) script fails to deliver material that even remotely entertains.

It’s a real shame too because Bautista has proven his worth as a comedic talent (see Guardians of the Galaxy) so slumming it in kiddie fare such as this should’ve been an easy task.  But unlike the similarly travelled path of fellow wrestling behemoths Dwayne Johnson and John Cena in their out-of-their-element family features The Game Plan and Playing With Fire, Bautista doesn’t really appear to fully commit to the nonsense around him; sure, Cena’s Playing With Fire was similarly quite an awful film overall, but he was at least having fun in a production that knew it was specifically for young children.  My Spy suffers from something of an identity crisis as it flits between a kiddie comedy and an action movie for tweens, all the while occasionally dropping bouts of humour that’s alarmingly dark for its intended audience; at one point JJ jokes that he and Bobbi should kill the young child they’re surveilling (Chloe Coleman’s Sophie) when she uncovers their operation.  Hilarious, right?

Speaking of Coleman, she’s by far My Spy‘s most satisfying ingredient.  Handling the material with a professionalism that it quite frankly doesn’t deserve, her Sophie typically acts in a manner far beyond her young years but it manages to not come off as precocious.  Her character is at a crossroads having been separated from her father, feeling distant from her constantly working mother (Parisa Fitz-Henley, also quite good), and unable to find an inner circle at school, and she conveys such sorrow that you absolutely root for her when she emotionally manipulates JJ to be her lackey.  On occasion the relationship between JJ and Sophie is particularly sweet, and the film momentarily feels like it finds its footing when he romances Sophie’s mother, which in turn allows Sophie and the constantly put-out Bobbi to bond, but then My Spy stubbornly does away with sentiment and retreats to its uneven temperament, leaving its audience to continue to suffer with this bi-polar piece of cinema.

If My Spy had opted to be a safe-playing kid comedy, or a tween-aimed humorous actioner, or a comedically dark spy movie for the older crowd – genre elements it all adopts at various stages – it could have been something mildly worthy.  It sadly isn’t sure what type of movie it wants to be though, and in dipping its toe into so many options it drowns itself in a sea of indecisiveness.

A hardened CIA operative finds himself at the mercy of a precocious 9-year-old girl, having been sent undercover to surveil her family.

My Spy (PG) is screening in Australian theatres from January 9th 2020.