You are here: Home / Play / Egyptian Mummies by Queensland Museum 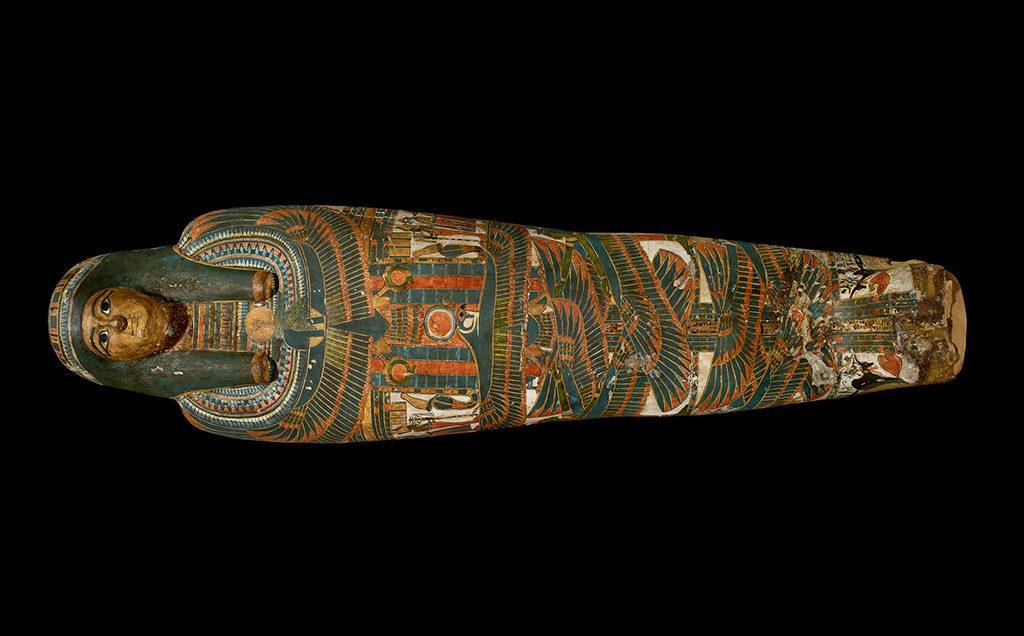 The Egyptian Mummies has landed at the Queensland Museum with pieces on loan from the British Museum.

This exhibition is a little more macabre than the usual ones and the little ones might even be scared.

There are six different mummies on display ranging in age, gender and age. The mummies lived and died between 900 BC to AD180. With 3D scans and new technology, scientists have revealed some of the secrets about their lives and how they were preserved.

I was amazed at how the paint and detail have lasted this long. Some of the artefacts which were buried with the deceased were also on display and I found these more interesting.

“Egyptian Mummies have long been a source of fascination, and this world-class exhibition from the British Museum will give visitors incredible new insights into their ancient lives,” Dr Thompson said. “Using 3D CT scans, researchers and curators have discovered each mummy’s sex, their health histories, approximately how old they were when they died and the mummification methods used to preserve their bodies,” Dr Thompson said.

The Egyptian Mummies exhibition really brings alive the belief in the afterlife and culture of this amazing historical society.

Egyptian Mummies: Exploring Ancient Lives was developed by the British Museum and will be on display at Queensland Museum from 16 March to 26 August 2018.

The exhibition is a collaboration between the British Museum and the Queensland Museum.

Tickets are on sale now through mummies.qm.qld.gov.au.