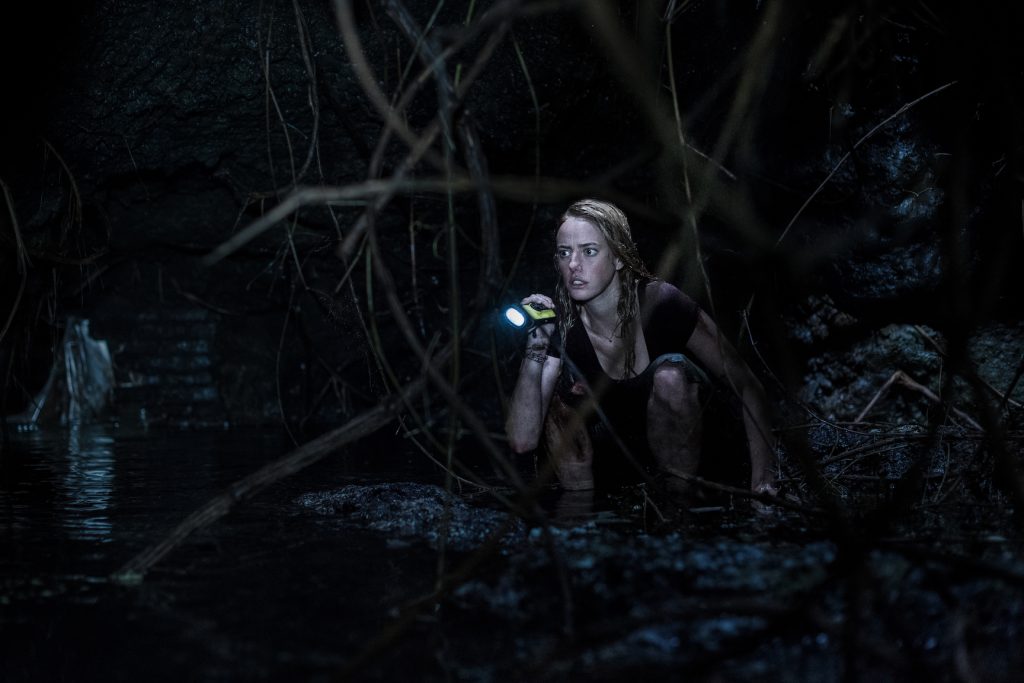 Whilst perhaps not as smooth and taut in its execution as the similarly-themed 2016 survivalist thriller The Shallows – which pitted a resourceful Blake Lively against a very, very hungry great white shark – Alexandre Aja’s Crawl is comparative in its approach, milking a tired and true formula for all its worth with effective tension, healthy smatterings of gore, and a neat wink to the audience so it isn’t lost on them that the film is in on the lunacy too.

As Michael and Shawn Rasmussen’s script opts to give us just enough background on our plucky heroine Haley (Kaya Scodelario) and the lightly severed relationship she shares with her father (Barry Pepper) – her desire to be an ace swimmer (“an apex predator” as she’s dubbed) under his watchful eye evidently something of a sore spot for the two – seemingly in a bid to muster up some care for us as viewers when terror strikes them (and how!), Crawl wastes little time in presenting its premise in all its B-movie glory. 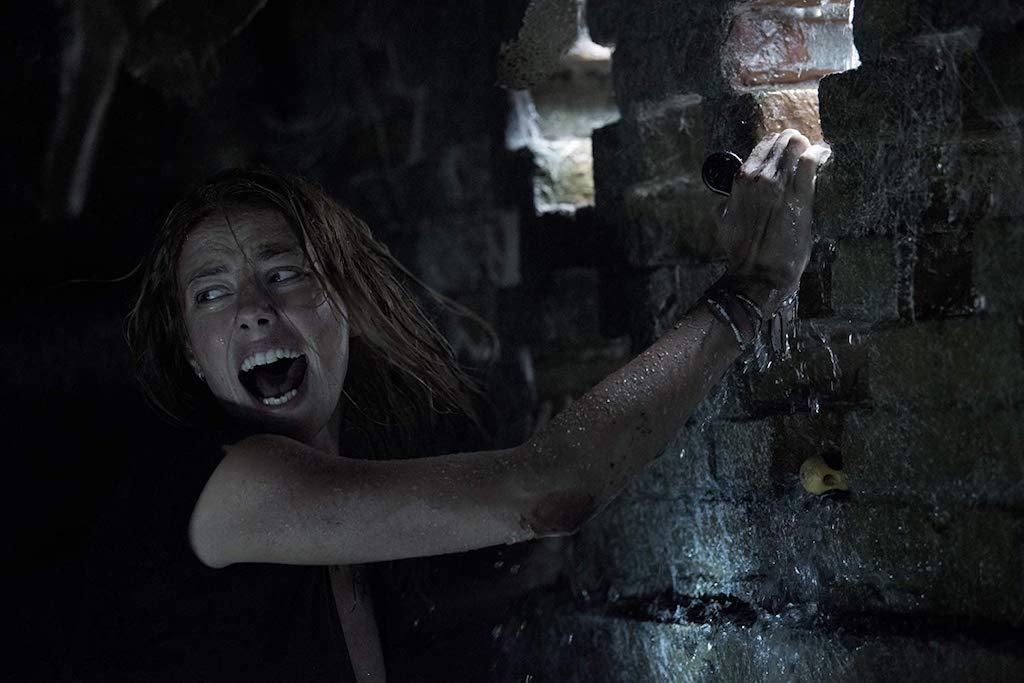 Perhaps revealing its predatory reptile a little too early, Crawl‘s elevator pitch of “alligators in a house” comes to play when Haley and daddy dearest are trapped in their home during a class five hurricane.  The basement is slowly rising with the constant stream of water breaking through and, wouldn’t you know it, an open drain line in the vicinity means a swarm of snappy gators are able to come and go at their leisure.  Ahh, the joys of hurricane season in Florida, am I right?

Wholeheartedly embracing the nonsensical premise, though in a less vulgar manner than his excessively gory Piranha re-do from 2010, Aja manages to elicit some genuine moments of terror throughout its tight 87 minute running time, frequently avoiding surrendering to its evident moderate budget.  Overhead and underwater shots are utilised with effective precision, and though the swarm of forgetful-faced side players are clearly set up as little more than alligator snacks, the film delights in bidding them adieu in an assortment of bloody ways that highlight the film’s knack for both humour and situational horror. 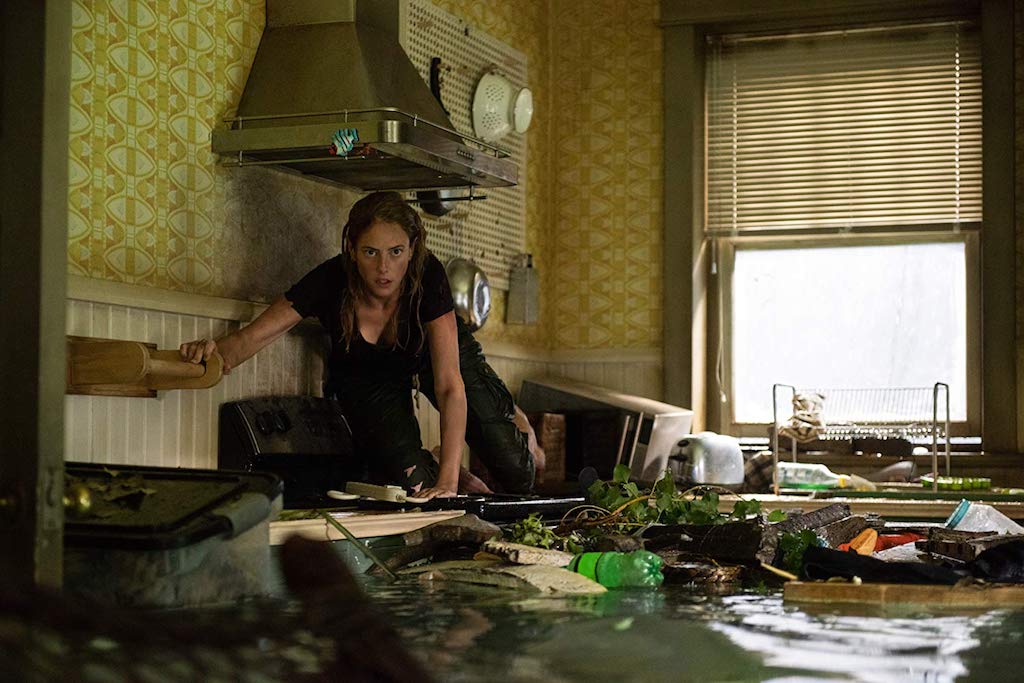 Crawl isn’t without its cheesy moments though (some of the dialogue stings), and Scodelario doesn’t quite possess the same star wattage as Blake Lively does (she’s far better at selling the corn than Scodelario is), but she nonetheless creates a character we care for, with her organic athleticism assisting her throughout as the film demands more and more from her physically as both the stakes and the water rise around her.

Flaws and all though, Crawl is an intense thrill-ride once it gets itself going, rarely letting you catch your own breath once the swarm of gators on hand lock their jaws down.  A gleeful disaster-horror outing that’s best seen with an audience receptive to absurdity and bloodshed, Crawl is a fine reminder of how escapism entertainment should be handled on the big screen.

A young woman, while attempting to save her father during a Category 5 hurricane, finds herself trapped in a flooding house and must fight for her life against alligators.