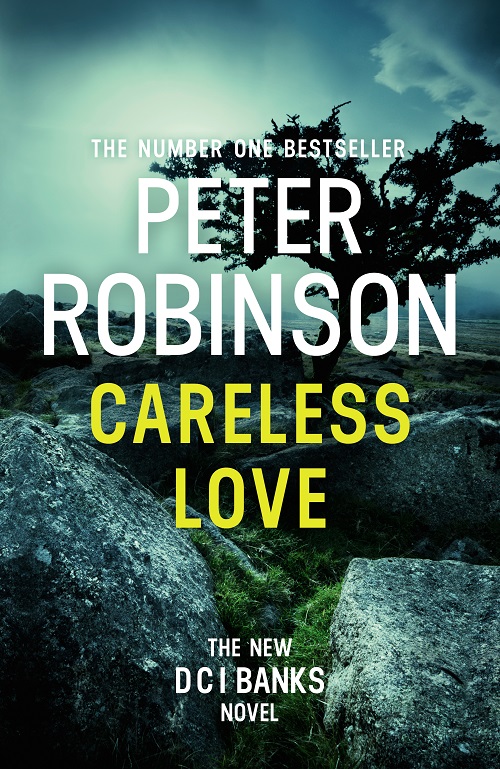 Careless Love by Peter Robinson is his twenty-fifth installment of the Number One Bestselling DCI Banks series.

Detective Superintendent Alan Banks and DS Winsome Jackman are called out to a wrecked car on the Belderfell Pass in Yorkshire. Behind the wheel is a young woman, who is dead. She is eventually identified as Adrienne Munro, who is a student at the local college. But it isn’t her car, she doesn’t drive, so where did she die and who put her there?

While Banks was attending Adrienne’s post-mortem, DI Annie Cabot and DC Geraldine Masterton were on Tetchley moor investigating the death of a man in his sixties, who appeared to have fallen down a chasm while out walking. But he was wearing an expensive suit, white shirt, tie and black brogues, hardly the clothing for a hike on the moor. There is no sign of a car nearby, so what was he doing there?

When another young woman, also a student, is found dead in an abandoned bothy the ambiguities multiply. And who is the mysterious Mia?

In the background also lurks a new threat from an old enemy when Annie and Banks are warned of alarming information obtained by Annie’s father’s new partner, Zelda.

Peter Robinson never disappoints and this is another top class, page-turning crime novel. Those readers, familiar with Alan Banks and Annie Cabot, will enjoy the continuing saga of these old friends.

The threat from the past revealed by Zelda will surely be continued, if not resolved, in his next installment of this series.

Careless Love is available in paperback, hardback and e-book