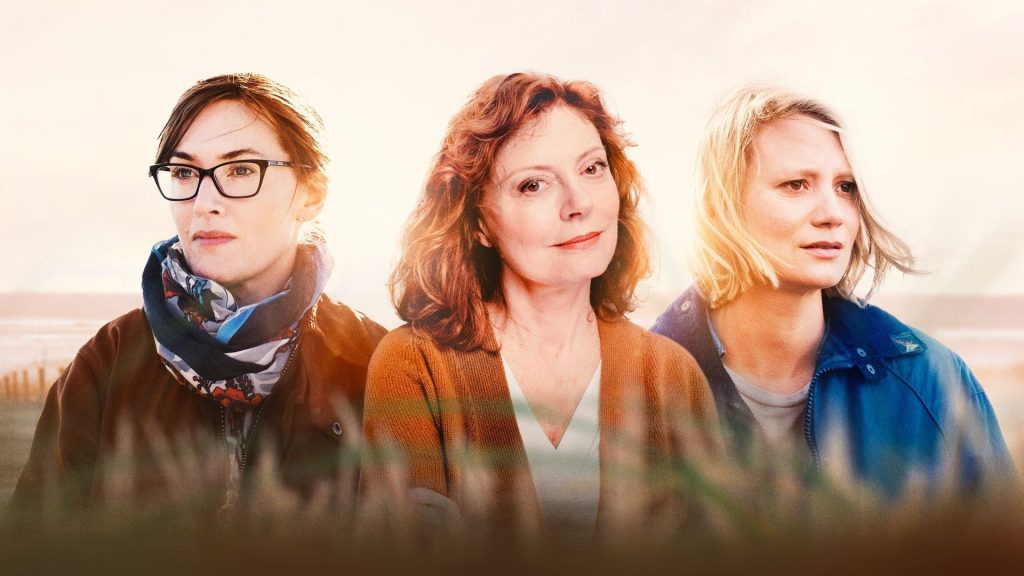 Toying with our emotions from the very beginning, as Susan Sarandon’s Lily finds it an arduous chore to do something as simple as getting out of bed and preparing for the laziest of days, Blackbird is a film heavy on melodrama but slight in execution, essentially made watchable by the superb cast assembled by director Roger Michell (Notting Hill, Morning Glory).

The reason for Lily’s struggles are soon apparent – she has ALS – and in a bid to avoid succumbing to her illness and descending into a vegetative state, she has decided the weekend at hand will be her last.  Husband Paul (Sam Neill) is reluctantly on board, as is life-long best friend Liz (Lindsay Duncan), but daughters Jennifer (Kate Winslet) and Anna (Mia Wasikowska) need a little more convincing that Lily ending her life in such a manner is the correct way to approach her situation.

Gathering them all together for a final weekend is done so with the best of intentions, but, as seems to be tradition with films of this ilk, family dysfunctions boil to the surface.  Secrets arise and aspirations are revealed as Lily opts for a family Christmas (despite it not being at all the season), meaning this final meal is more feisty than festive as the controlling Jennifer and the unstable Anna reveal their true feelings towards Lily’s choices as both a mother and in ending her life.

Whilst the Christian Thorpe-written script never scratches above the surface of expectation, it’s to Blackbird‘s advantage that such reliable talent as Sarandon, Winslet, Wasikowska, and Neill – not to mention Rainn Wilson and Bex Taylor-Klaus as Jennifer’s straight-laced husband and Anna’s on again/off again girlfriend, respectively – are all on board, constantly elevating the material as it straddles stereotypical familiarity.  They all lean into archetypes – Paul is so agreeable that Neill practically vanishes on screen, and Jennifer is hideously uptight that it’s difficult for Winslet to evoke much sympathy from us as an audience – but they play them as best they can, meaning the film earns our forgiveness – even when it doesn’t deserve it.

Blackbird‘s best moments though end up being the quietest – Lily’s relationship with Jennifer’s son (Anson Boon) is the strongest and most believable depicted – and the ending, which you may or may not agree with, is a rare instance of tenderness that allows these exceptional talents to step away from their character’s cliched anger and just be.  Sometimes less is more, and after enduring 90-or-so minutes of elevated emotions, it’s comforting to experience something far more grounded.

Lily, a spirited woman in her late 60s, is preparing for a weekend with her husband, Paul, and their visiting children. Despite her impaired mobility, Lily insists on fending for herself. The couple are hoping for a lovely day, but the mood is clearly strained when their guests begin to arrive at their country home.

Blackbird (M) is screening in Australian theatres from February 25th, 2021.