You are here: Home / Entertainment / Would Alice in Wonderland Work Better as a TV Series? 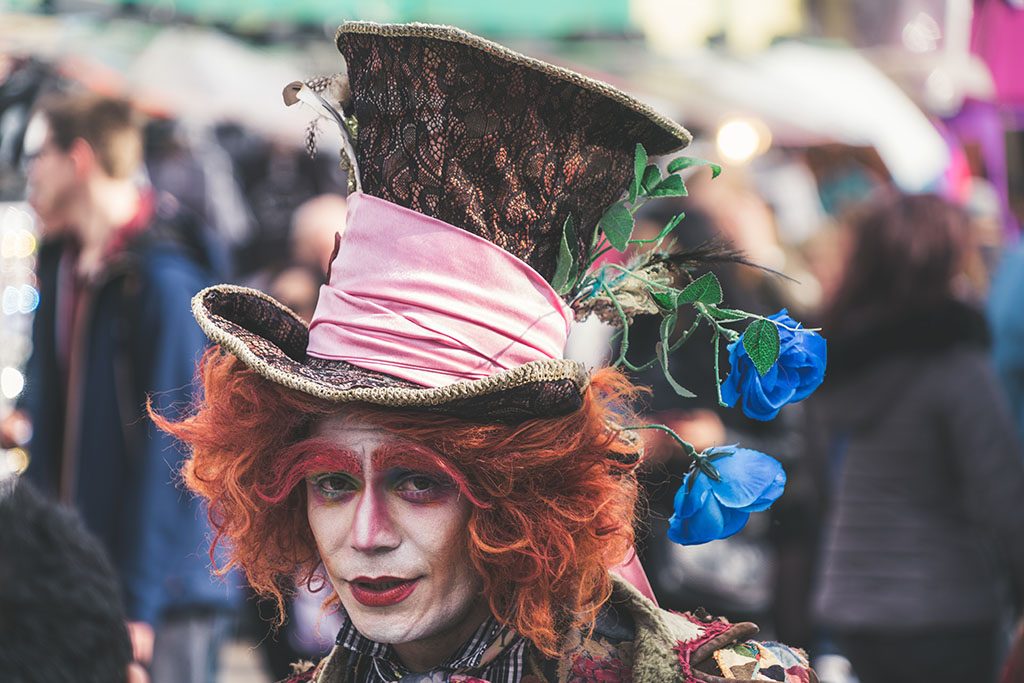 Alice’s Adventures in Wonderland is one of the best-known books of all time. The 1865 novel by Lewis Carrol is still essential reading for youngsters today. There have been numerous film and television adaptations of the tale over the years, but the most recent offerings from Tim Burton were met with unfavourable reviews and will probably not be remembered for many years to come. With streaming sites like Netflix and Amazon now opting to create TV series based on classic films, would now be the perfect time to release a modern retelling of Alice in Wonderland for television?

Burton’s 2010 offering Alice in Wonderland was a huge commercial success, grossing a worldwide total of over $1 billion from its $200 million budget. This made it the second-highest grossing film of the year and the thirteenth-highest grossing picture of all time. The 2016 follow-up Alice Through the Looking Glass didn’t perform anywhere near as well at the box office. In fact, it only made $299 million against a budget of $170 million. Despite the success of the films commercially, they were met with fairly mixed reviews. With scores of 52 percent and 29 percent on Rotten Tomatoes for the 2010 and 2016 films respectively, it would be fair to say that Burton’s offerings will not go down as classics. But the audience was clearly there and there are sure to be many more fans of the adventure seeking to enjoy it in different ways.

Alice in Wonderland is so well-known in popular culture to this day that a TV series would be sure to attract a high number of viewers. People who almost helped the first Burton film reach the top ten highest-grossing films of all time would certainly be interested. There would also be a high number of people from the gaming industry eager to watch a series.

Over the last few decades, there have been numerous Alice games. One current offering which drew inspiration from the fantasy is Alice Adventure at Joefortune, which features all the popular characters from Carrol’s story including the Queen of Hearts and the Cheshire Cat. There are also a number of popular mobile titles based on the wacky adventure, such as Alice in Wonderland: A New Champion from Disney Interactive.

There are numerous TV series around at the moment which are based on iconic films of the past. For instance, Bates Motel was a successful series which served as a prequel to Alfred Hitchcock’s legendary Psycho from 1960. The show which starred Vera Farmiga and Freddie Highmore isn’t the only series which has taken an existing work of fiction and created episodes leading up to it. Black Sails from Starz Original was billed as a prequel to Robert Louis Stevenson’s 1883 tale Treasure Island. It featured some of the same characters and used many of the themes which made the historic literary masterpiece timeless.

Black Sails and Bates Motel proved that there is no need to stick to the original source material while still paying homage to the works that they drew inspiration from. Amazon plans to do this with their forthcoming Lord of the Rings series which is set to be their answer to HBO’s Game of Thrones. Instead of sticking closely to Peter Jackson’s blockbuster trilogy, this offering will draw a lot of material from J.R.R Tolkien’s books. There is plenty of potential to delve into backstories of minor characters and explore the farthest reaches of Middle Earth, which is something which just can’t be done in a feature-length film.

This is why Alice in Wonderland could work well as a TV series. Just like the Lord of the Rings has Middle Earth, Carrol’s novels were set in Wonderland where there are loads of interesting and intriguing characters. A series wouldn’t have to just focus on the books, it could stretch far beyond them, and create engaging stories for all of the memorable characters involved in Carrol’s story.

Netflix has yet to come up with its own epic fantasy series to rival Game of Thrones. Although the streaming service has plans to create something based on The Witcher series of games, it may need to also offer a title which is easier for mass audiences to recognise. Alice in Wonderland needs no introduction, and would almost certainly pull in high viewing figures from the outset.

Lovers of the original Alice in Wonderland book may have been disappointed with Burton’s adaptations. While they were visually stunning, they didn’t do the characters and story justice. A TV series would be able to provide so much more depth and detail, and really bring Carrol’s classic work to a modern audience. There is no doubt that Alice will be rebooted someday, but so far, unfortunately, this is pure speculation.