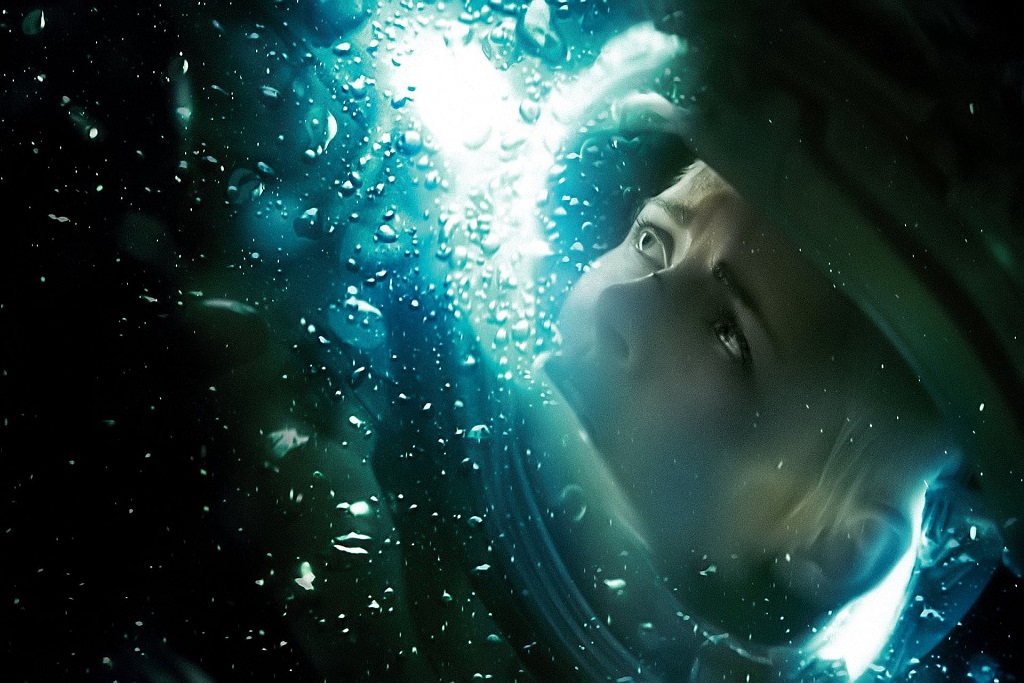 Alien set at the bottom of the ocean? Well, that sounds like it could be a bucket-load of fun! And you’d be forgiven for assuming that, despite genre familiarity, that premise could offer minor enjoyment in a month known for less-than-stellar offerings.  Underwater isn’t the type of murky creature feature to reinvent the wheel, and we would never expect it to, but it would certainly help if it ran with its interesting-enough premise beyond the depths of tired mediocrity.

It all starts off rather promisingly though as we open on Norah (Kristen Stewart, committing to the film in a manner it doesn’t deserve), a mechanical engineer working in an expansive deepwater laboratory that’s been tasked with drilling at the bottom of the ocean; the film’s opening and closing credits allude to the company being typically shady, though we’re given next-to-nothing in context overall.  Unsurprisingly, the company has drilled a little too deep, setting off a chain of destruction likened to that of an earthquake.  This is a challenge in of itself for Norah and the select group of survivors left on-board (including a stoic Vincent Cassel and a supremely unfunny T.J. Miller), if only there wasn’t now an unleashed hoard of deep-sea monsters on the loose too!

With the opening 10 minutes proving particularly investing due to the tense atmosphere created, Underwater does away with much exposition and jumps almost immediately into the action.  For an undemanding genre film this is certainly a wise choice, but it does feel like the film is missing a first act where characters and their surroundings have been established.  We don’t know any of these people or their dynamic when the lab starts to crumble around them, and when the Brian Duffield/Adam Cozard-penned script attempts to get us to care about them, the results are wildly uneven; Miller’s character’s insistence on keeping a plush toy safe throughout the film is a bizarre character additive that exists without any explanation.

Additionally, despite having proven cinematographer Bojan Bazelli (The Ring, A Cure For Wellness) on hand, Underwater‘s imagery is so dark and disorienting that it proves a challenge to coherently follow just what’s taking place, especially when the characters are on the ocean floor; geographically the film isn’t much better either as the lab layout seems to be far too complex for its own good.

What the film does get right though is handing the reins to Stewart, the actress’s physical and focused performance overcoming any of its shortcomings.  We don’t get much of a sense of who her character is based off the basic script layout, but such is the strength of Stewart that we garner that sense off the simplest of facial expressions.  It’s a strong, committed turn that belongs in a better film, and given Underwater‘s race-to-the-finish-line mentality and oft-choppy editing, it would seem that perhaps a darker, more complex film existed prior to this cinematic cut.

Similarly, the sense of claustrophobia director William Eubank accomplishes in early sequences is neatly taut, and several of the reveals of the underwater monsters are quite eerie and, wouldn’t you know it, reminiscent of the Queen from the superior Aliens.

If you’ve ever Googled “deep sea creatures” you’ll be aware that the depths of the ocean house some truly terrifying creations, and even taking into account that a film working on such a premise would be likened to something such as Alien, basing a horror production around such a premise should have resulted in a far more coherent outcome than what Underwater proves to be.  There’s moments of genuine thrill peppered throughout but, sadly, this sinks more than it swims.

A crew of underwater researchers must scramble to safety after an earthquake devastates their subterranean laboratory.

Underwater (M) is screening in Australian theatres from January 23rd 2020.