You are here: Home / Entertainment / The Report – Film Review 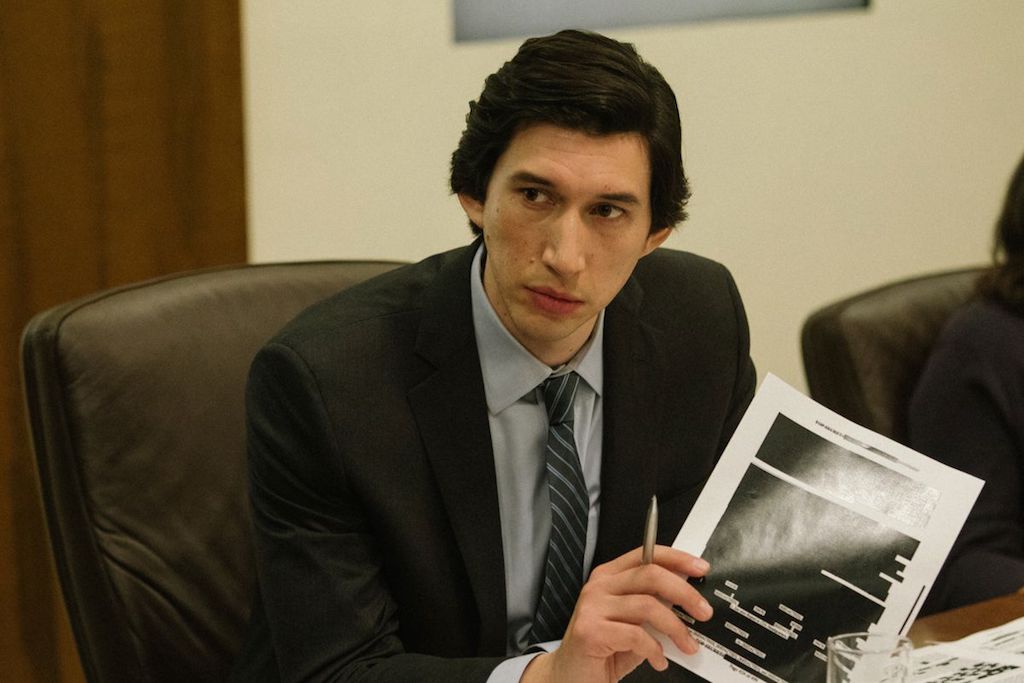 A damning account of the CIA’s use of enhanced interrogation, i.e. torture techniques, on suspected terrorists following the attacks of September 11th, The Report is an uncompromising film that adopts a documentary-type mentality in order to relay its story as unsensationally as possible.

The titular report, dubbed “the torture report”, is constantly at the centre of Scott Z. Burns’ investing thriller, serving as a source of both inspiration and desperation for Daniel Jones (Adam Driver, further cementing his status as one of the most exciting actors of his generation), an ambitious Senate staffer working under Senator Dianne Feinstein (Annette Bening) who tasks him with investigating the CIA’s controversial Detention and Interrogation Program.

Burns (predominantly a screenwriter, with Contagion, The Bourne Ultimatum, and the forthcoming Bond outing No Time To Die on his resume) casts a critical eye over proceedings, namely that these controversial techniques were tolerated for so long, not to mention that such brutal methods as waterboarding and starvation were ultimately deemed ineffective in trying to extract information from the suspects.

As angry as the film is, it’s more an educational experience, highlighting that these severely dehumanising actions have no weight at the end of the day.  What’s worse though is how the officers involved in implementing these techniques are never held accountable, despite evidence that they are indeed breaking the law, with the film’s coda stating that many of these men earned promotions within their field.

There’s no denying how heavy a film The Report is, and its dialogue-strong temperament may take a little time to get used to as it plays fast-and-loose with involved names and dates, but it remains an even-handed production, both criticising and understanding the motives of the key players involved; Jon Hamm as a White House Chief of Staff and Ted Levine as CIA Director John Brennan earning traction throughout.

As solid as the film’s components are though, The Report ultimately rests on Driver’s (admittedly broad) shoulders, providing the emotionality to drive the film forward.  The type of role you could imagine Robert Redford or Paul Newman securing in their prime, this is yet another chameleon-like showcase for the exciting performer who wholly embodies the anguish Daniel experiences in researching a part of history the authorities tried so wretchedly to bury.

The Report is a riveting thriller based on actual events. Idealistic staffer Daniel J. Jones (Adam Driver) is tasked by his boss Senator Dianne Feinstein (Annette Bening) to lead an investigation of the CIA’s Detention and Interrogation Program, which was created in the aftermath of 9/11. Jones’ relentless pursuit of the truth leads to explosive findings that uncover the lengths to which the nation’s top intelligence agency went to destroy evidence, subvert the law, and hide a brutal secret from the American public.

The Report (M) is screening in limited Australian theatres from November 14th 2019 before streaming exclusively on Amazon Prime from November 29th 2019.