You are here: Home / Entertainment / The Quiet Side of Passion by Alexander McCall Smith – Book Review 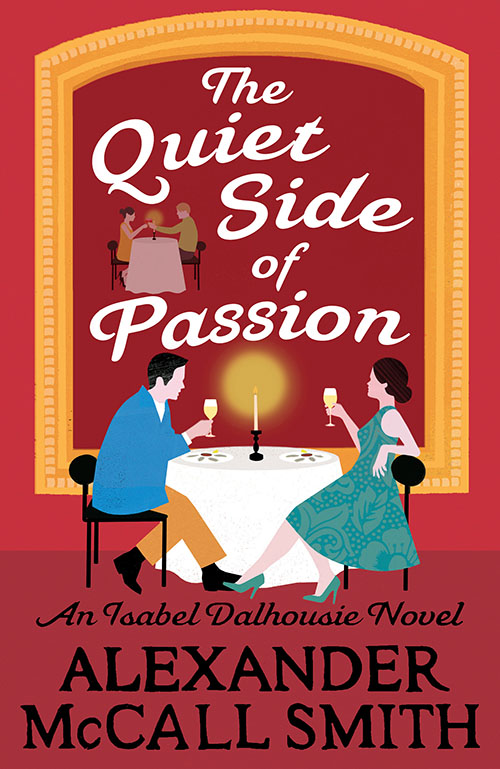 The Quiet Side of Passion by Alexander McCall Smith, the bestselling author of the No.1 Ladies’ Detective Agency novels, is the twelfth installment of his Isabel Dalhousie series.

Isabel is not only a devoted wife and mother; she is a philosopher, editor of the Review of Applied Ethics, and an occasional sleuth.

Despite warnings from her husband, Isobel becomes intrigued by the activities of a woman she has met at her son, Charlie’s, nursery school. Patricia is a single mother, at odds with her son’s father, but willing to accept child support from him. When Isabel sees Patricia keeping company with a man, who she fears may be in trouble with the police, she takes matters into her own hands. Will her interfering, however kindly meant, end in disaster?

Isabel is also struggling to deal with all the work involved with editing the forthcoming issue of the Review of Applied Ethics. If it weren’t for the demands of her niece, Cat, who constantly requires Isabel’s help at her delicatessen, she would be able to cope. Housekeeper, Grace, is also spending more time with Isabel’s younger son, Magnus, while the housework is neglected.

To these ends, Isabel decides to employ Claire, who is studying for a Ph.D. in philosophy, as an assistant at the Review. She also engages an au pair in the form of the high-spirited Italian, Antonia, who will allow Grace to catch up with the housework. But have her good intentions created more disarray?

McCall Smith’s skillful command of the English language makes this book an absolute joy to read. His characters are beautifully drawn and there are captivating moments of tenderness and humour amid the drama. If you enjoy this installment, you will want to read this and every other series he has written.

The Quiet Side of Passion is available as a paperback, hardback and ebook.

Alexander McCall Smith is one of the world’s most prolific and most popular authors. His career has been a varied one: for many years he was a professor of Medical Law and worked in universities in the United Kingdom and abroad. After the publication of his highly successful No 1 Ladies’ Detective Agency series, which has sold over twenty million copies, he devoted his time to the writing of fiction and has seen his various series of books translated into over forty languages and become bestsellers through the world. The series include the Scotland Street novels, first published as a serial novel in The Scotsman, the Sunday Philosophy Club series starring Isabel Dalhousie, the von Igelfeld series, and the new Corduroy Mansions novels. Alexander is also the author of collections of short stories, academic works, and over thirty books for children. He has received numerous awards for his writing, including the British Book Awards Author of the Year Award in 2004 and a CBE for service to literature in 2007. He holds honorary doctorates from nine universities in Europe and North America. Alexander McCall Smith lives in Edinburgh. He is married to a doctor and has two daughters.