You are here: Home / Entertainment / Books / The Other Wife by Michael Robotham 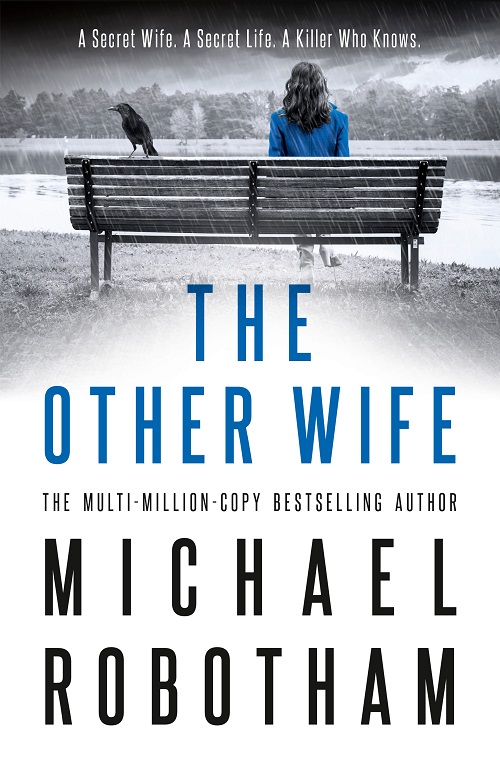 The Other Wife by Michael Robotham, the multi-million-copy, bestselling author, is the ninth in this series and, sadly, his final Joe O’Loughlin novel.

Joe O’Loughlin is called to a London hospital, where his father, William, has been put in an induced coma. Entering the hospital room, he finds a woman, who claims to be William’s wife, weeping by his bedside. This stranger, who introduces herself as Olivia Blackmore, is covered in William’s blood, alleging that she found him at the foot of the stairs in the house, where they have lived together for twenty years.

Joe is astounded, as his parents have been happily married for sixty years. William is an eminent and respected surgeon and his mother, Mary, a loyal wife. The couple live in Wales, where they brought up Joe and his three sisters.

Joe cannot believe that his father has been living a double life for all these years and is suspicious of Olivia’s claims. Has William been leading a double life? Can she truly be his wife or is she the person who hurt him?

Joe calls his long-time friend, Vincent Ruiz, to help him discover the truth.

The Other Wife is another nail-biting, psychological thriller from the renowned author, who keeps the reader guessing until the very end. The characters in the book are well-written and multifaceted. The division between reality and lies is blurred. This is a page-turner you’ll want to read in one sitting!

The Other Wife is available as paperback and e-book.

Michael Robotham was born in Casino, New South Wales, and went to school in Gundagai and Coffs Harbour. In February 1979 he began a journalism cadetship on the Sydney afternoon newspaper The Sun and later worked for The Sydney Morning Herald as a court reporter.

In 1986, he left Australia and went to London where he worked as a reporter and sub-editor for various UK national newspapers before becoming a senior feature writer on The Mail on Sunday.

Michael rose to become deputy features editor of The Mail on Sunday before resigning in May 1993 and accepting freelancing contracts with a number of British newspapers and magazines.

In November 1993 he accepted his first ghost-writing commission, helping Nottingham social worker, Margaret Humphreys, to pen her autobiography ‘Empty Cradles’ about the truth behind Britain’s Child Migrant Program which saw over 100,000 children sent abroad between 1850 and 1967.

In 1996 Michael returned to Australia with his family and continued writing full-time. His books have since won, or been shortlisted for numerous awards, including the UK Gold Dagger and US Edgar Award.

Four of Michael’s ‘Joe O’Loughlin novels’ have been turned into TV movies in Germany and an English language TV series is in development.