You are here: Home / Entertainment / The Killing Habit by Mark Billingham – Book Review 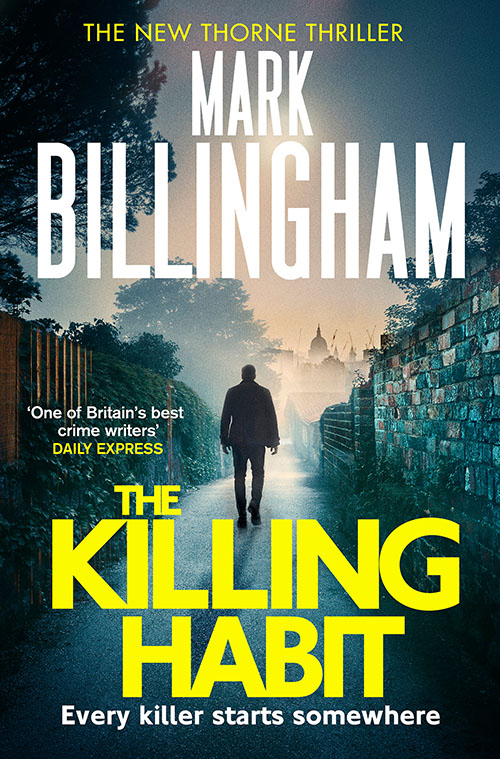 When DCI Brigstocke assigns DI Thorne the task of investigating the killing and dismembering of fifteen cats, Thorne is not impressed. Realising, however, that these brutal activities can lead to a prospective serial killer, he persuades DI Nicola Tanner to help him with the case. Tanner is already involved in solving a murder, which is thought to be linked to ex-con Andrew Evans. They agree to help each other with both cases.

Thorne seeks professional advice from psychiatrist, Dr Melita Perera, who specialises in the twisted psyche of serial killers. He also brings his close friend, forensic pathologist, Phil Hendricks on board.

Tanner’s case appears to involve a very well organised and dangerous crime gang, who supply drugs to prisons, aided by an enigmatic older woman known only as the Duchess.

Thorne’s investigations eventually lead to a dating website, where it seems likely that the killer is tracking down his victims.

Will Thorne and Tanner be able to identify and arrest the killer before he finds and despatches his next victim?

For avid readers of crime thrillers, Billingham never fails to delight. Take a walk on the dark side with a group of diverse characters, many of whom are merely trying to survive, including those whose occupation it is to protect them.

The Killing Habit is available as a paperback, hardback and ebook.

Mark Billingham has twice won the Theakston’s Old Peculier Award for Crime Novel of the Year, and has also won a Sherlock Award for the Best Detective created by a British writer. Each of the novels featuring Detective Inspector Tom Thorne has been a Sunday Times bestseller.

Sleepyhead and Scaredy Cat were made into a hit TV series on Sky 1 starring David Morrissey as Thorne, and a series based on the novels In the Dark and Time of Death was broadcast on BBC1.

Mark lives in north London with his wife and two children.