You are here: Home / Entertainment / The Jade Lily by Kirsty Manning – Book Review 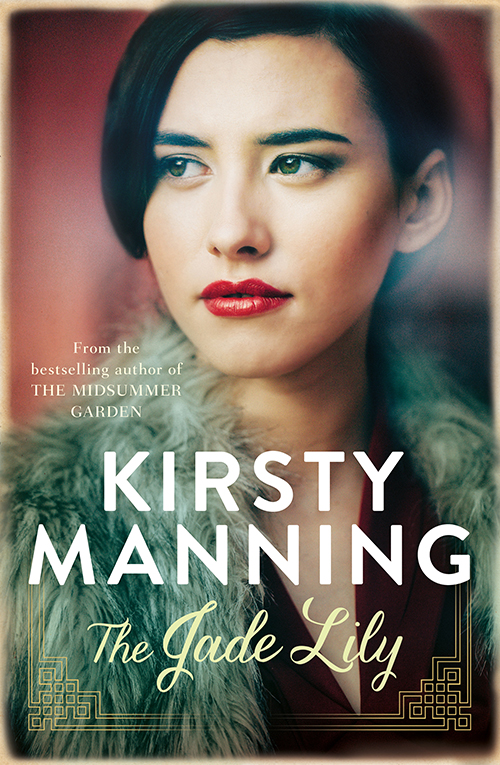 The Jade Lily by Kirsty Manning is her second novel. Her first was “The Midsummer Garden”, which was highly successful. The Jade Lily is a story of the enduring love between family and friends during the upheaval and atrocities of war.

In Vienna, November 1938, the city is under Nazi rule. Dr Oskar Bernfeld, his wife, Marta, and their children Benjamin, Daniel and Romy have been denied visas by the British Consulate. When they are caught up in the violence of Kristallnacht, Benjamin is killed and Daniel is taken to Dachau concentration camp. Aided by a close friend, they flee to Shanghai via the Brenner Pass and by ship from Genoa. On board, Romy befriends Nina, also in her early teens, after Nina’s mother dies in childbirth.

The ship arrives in Shanghai in February 1939. Romy and her parents are put up in the Cathay Hotel by a kind businessman called Mr Sassoon. But to Romy’s dismay, Nina is taken away to join her Uncle in a refugee boarding house.

In March Romy and her parents are moved to a new apartment in Frenchtown, where they meet their neighbours, a Shanghainese family, the Ho’s. Li Ho is the same age as Romy and they become firm friends, attending the same school. With a parent and Li’s older brother, Jian, they explore Shanghai, enjoying the hustle and bustle of its residents, the wonderful architecture and gardens, and the wide variety of food.

Nina is allowed to visit the Bernfelds and she and Romy remain close, although, as they become older and leave school, their lives take different paths.

But when the war reaches Shanghai in 1940 all their lives are drastically changed. Must they flee again? Will they and their close friendships survive?

In Melbourne, February 2016, Romy’s granddaughter, Alexandra, age 35, has left London and a broken relationship behind. She returns to Australia be with her dying grandfather, Wilhelm, and to comfort her grandmother. After his death and funeral, she flies to Shanghai to take up her new position as a commodities trader. She is also determined to trace her family’s past, despite her grandmother’s reluctance.

When she was small, Alexandra’s parents were both killed in a car accident, which she survived. Her grandparents raised her. All she knows is that her mother, Sophia, was adopted from China. All she has is a birth certificate, a photograph and a jade lily necklace. Will she discover the truth of her mother’s birth parents?

The dual timeline works well as a means to tell the story. It shows what was happening in the lives of the chief characters at that particular time. It also allows truths to be revealed as the timelines progress. The beautifully descriptive narrative gives the reader a real sense of the time and place. It tells of courage during adversity, trust and friendship, the joy of food, and the diversity of the Shanghai population, now and then.

The Jade Lily is definitely a page-turner and a must-read.

The Jade Lily is currently available in paperback.

Kirsty Manning grew up in northern New South Wales. She has degrees in literature and communications and worked as an editor and publishing manager in book publishing for over a decade. Her travels and studies have taken her through most of Europe, the east and west coasts of the United States and pockets of Asia. Kirsty’s journalism and photography, specialising in lifestyle and travel, regularly appear in magazines, newspapers and online. In 2005, Kirsty and her husband, with two toddlers and a baby in tow, built a house in an old chestnut grove in the Macedon Ranges. With husband Alex Wilcox, Kirsty is a partner in the award-winning Melbourne wine bar Bellota, and the Prince Wine Store in Sydney and Melbourne.