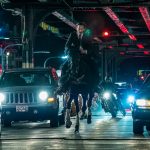 With a reputation that precedes him so that even his enemies are introducing themselves as fans before they attempt to maim him, the very utterance of Keanu Reeves' stoic John Wick by name is still enough to send shivers down soon-to-be-broken spines in this second sequel of the surprisingly resilient action franchise. Immediately picking up from the closing moments of Chapter … END_OF_DOCUMENT_TOKEN_TO_BE_REPLACED 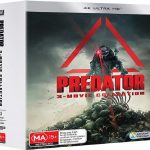 Released just in time for the September 13th launch of The Predator, 20th Century Fox have packaged the original 1987 feature Predator, its much-maligned 1990 sequel Predator 2, and 2010’s semi-sequel/reboot Predators in triple DVD, Blu-Ray, and 4K box-sets. Before writer/director Shane Black (Iron Man 3, The Nice Guys) – who coincidentally had a supporting role in the … END_OF_DOCUMENT_TOKEN_TO_BE_REPLACED