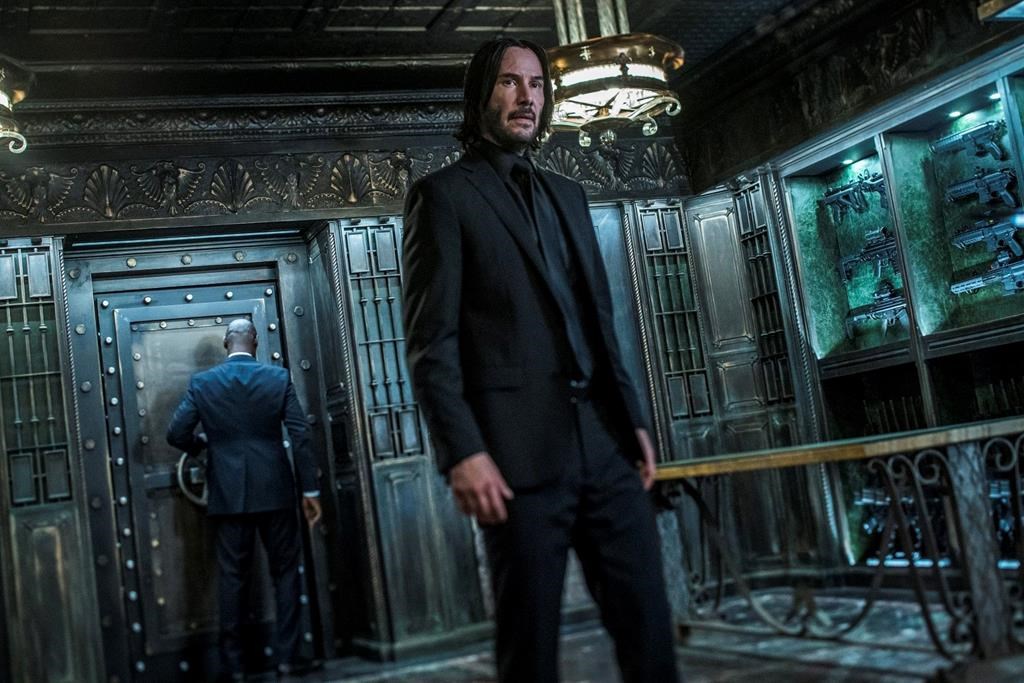 With a reputation that precedes him so that even his enemies are introducing themselves as fans before they attempt to maim him, the very utterance of Keanu Reeves’ stoic John Wick by name is still enough to send shivers down soon-to-be-broken spines in this second sequel of the surprisingly resilient action franchise.

Immediately picking up from the closing moments of Chapter 2, this third telling – subtitled Parabellum – follows our perennially wounded Wick as he races to protect himself from the swarm of contract killers he will soon have upon his tail following his ex-communication from the organisation of hired guns he once worked for; and to think all this started because someone killed his dog! 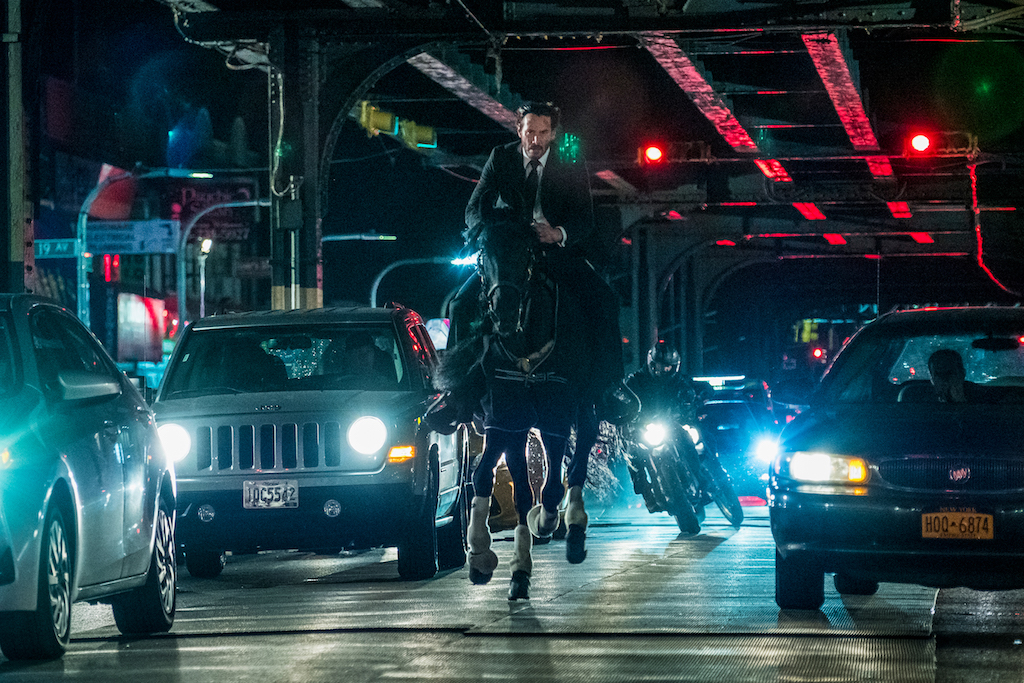 Unable to seek sanctuary in the Continental Hotel (if I have to explain the significance of this then you’re reading the wrong review), and with a $14 million bounty on his head, the odds stacked against him essentially level the playing field for the plethora of NYC-based hitmen out to claim Wick’s life.  Let the blood-soaked carnage begin!

After an opening 20 minutes that is at once shocking and entertaining in its depictions of violence – if you’ve ever wanted to see someone be killed with a library book, Parabellum has you covered – the film almost feels like it’s trying to best itself at every turn as you sense it can’t possibly top itself following these moments.  Thankfully though, screenwriters Derek Kolstad (who scripted the previous two films), Chris Collins (TV’s Sons of Anarchy), Marc Abrams (TV’s Entourage), and Shay Hatten continue to flesh out this rule-abiding community by introducing a slew of characters who, though new to audiences, have serious ties to Wick and the organisation; Asia Kate Dillon as a no-nonsense adjudicator intent on punishing those who helped Wick, and Anjelica Huston as a prolific member of the order overseeing the organisation just two of the not-so-friendly faces making their presence felt with serious gravity. 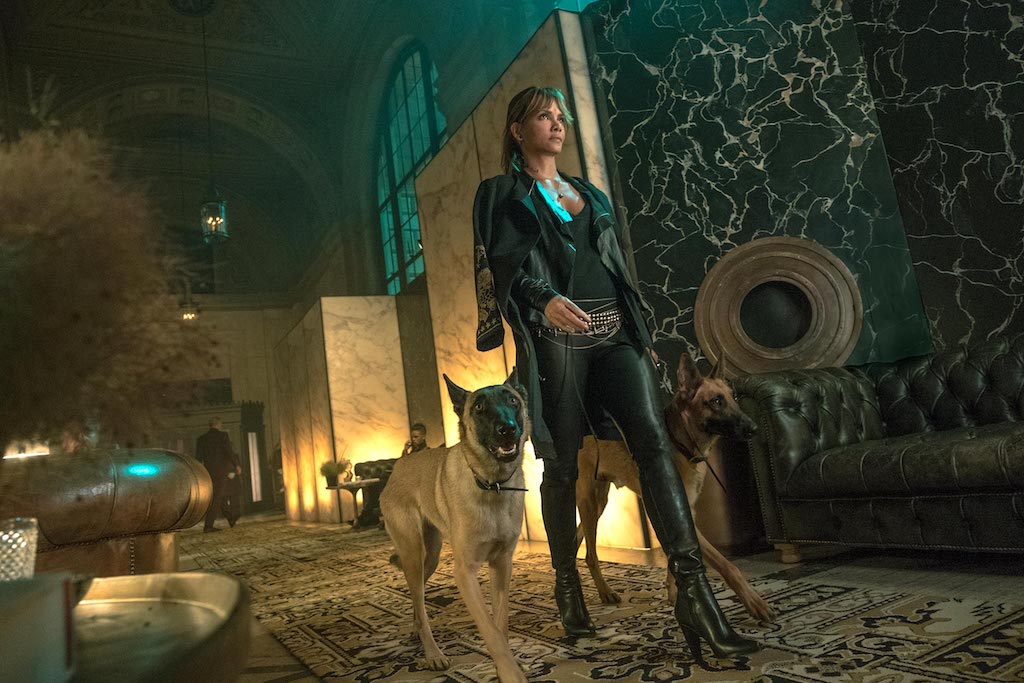 It’s the arrival of Halle Berry’s Sofia that perhaps acts as Parabellum‘s most enjoyable jolt though.  As a former colleague of Wick’s – she’s basically his female equivalent – Chad Stahelski’s relentless actioner finds a brief moment to breathe amongst the backdrop of Casablanca before reloading for an extended battle sequence that utilises a duo of Belgian Malinois’ who showcase a penchant for attacking the groins of their prey with cringe-induing ferocity; I’m assuming we get both the obligatory “no animals were harmed in the making of this movie” as well as an assurance that the crotches of all the stuntmen remained intact also.

Whilst the 130 minute running time is a little overindulgent for a film of this ilk, and I’ll admit I felt the length by the time the climactic fight sequence came around, it’s difficult to harbour any ill will against the film as both a continuing chapter in a larger story and a strikingly shot balletic thriller on its own accord.  And honestly, when said climactic fight sequence revolves around a fanboy-ing Mark Dacascos (a martial artist in his own right) and his sheer giddiness at going toe-to-toe with the legendary John Wick, you’ll forgive the film of all its gluttony.

In this third instalment of the adrenaline-fueled action franchise, super-assassin John Wick (Keanu Reeves) returns with a $14 million price tag on his head and an army of bounty-hunting killers on his trail. After killing a member of the shadowy international assassin’s guild, the High Table, John Wick is excommunicado, but the world’s most ruthless hit men and women await his every turn.