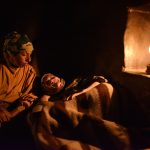 Nestled in an isolated mountain region deep within the Balkans, we are introduced to Hatidze Muratova, the last in a long line of Macedonian wild beekeepers, eking out a living farming honey in small batches to be sold in the closest city – a mere four hours' walk away. The hives thrive in unexpected locations - high in the mountains regions that necessitate Hatidze to teeter … END_OF_DOCUMENT_TOKEN_TO_BE_REPLACED 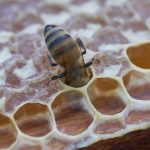 The Brisbanista team have reviewed some of the alcoholic meads on the Australian market: Mead is an alcoholic beverage created by fermenting honey with water, sometimes with various fruits, spices, grains, or hops. Bee Mead  Bee Mead has a distinct yellow striped label. It is made with manuka honey and clover honey which is a milder flavour than I was expecting. … END_OF_DOCUMENT_TOKEN_TO_BE_REPLACED 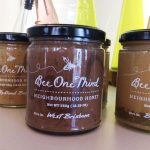 Bee One Third operates over 60 beehives extending from Northern Brisbane all the way down to Northern New South Wales. They work with some of Australia's best bee-keepers to produce unrivalled single varietal kinds of honey. The honey is produced in and around the locations listed on the label. Currently there are over 18 locations and varieties across South East Queensland … END_OF_DOCUMENT_TOKEN_TO_BE_REPLACED