You are here: Home / Entertainment / Did You See Melody? by Sophie Hannah – Book Review 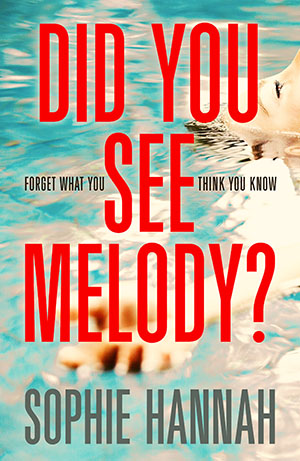 Did You See Melody? is the latest standalone suspense novel by Sophie Hannah. A distraught Cara Burrows leaves her home and family in England and flees across the Atlantic to a five-star spa resort in Arizona. By mistake, the hotel receptionist sends her to a room already occupied by a man and a teenage girl.

Later Cara works out that the girl is the image of a missing girl, Melody Chapa. Her body was never found, but her parents are nevertheless serving life sentences for her murder after a campaign via the media by the host of the TV show ‘Justice With Bonnie’, legal commentator Bonnie Juno.

Cara’s fear intensifies as she reads and hears more about the case.  She no longer knows who to believe or trust. Did she really see Melody?  And should she put her life at risk by seeking the truth?

Sophie Hannah takes us on a suspenseful roller coaster ride as the story unfolds and her unforgettable characters make their appearance.

What is real and what is not?

Will the truth about Melody ever be revealed?

Did You See Melody? by Sophie Hannah is available from your local book shop. 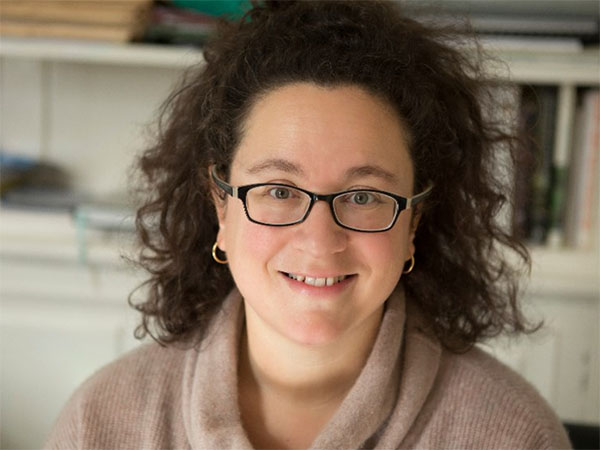 Sophie Hannah is an internationally bestselling crime fiction writer. Sophie Hannah is a British best-selling crime fiction writer and poet. In 2014 and 2016 she published “The Monogram Murders” and “Closed Casket”, the first new Hercule Poirot mysteries since Agatha Christie’s death, which were also international bestsellers. Her 2008 novel “The Point of Rescue” was adapted for television as the two-part drama “Case Sensitive” and shown on the UK’s ITV network in May 2011. A second two-part story based on the novel “The Other Half Lives” was shown in July 2012. Sophie was born in Manchester and now lives in Cambridge with her husband, two children and dog.