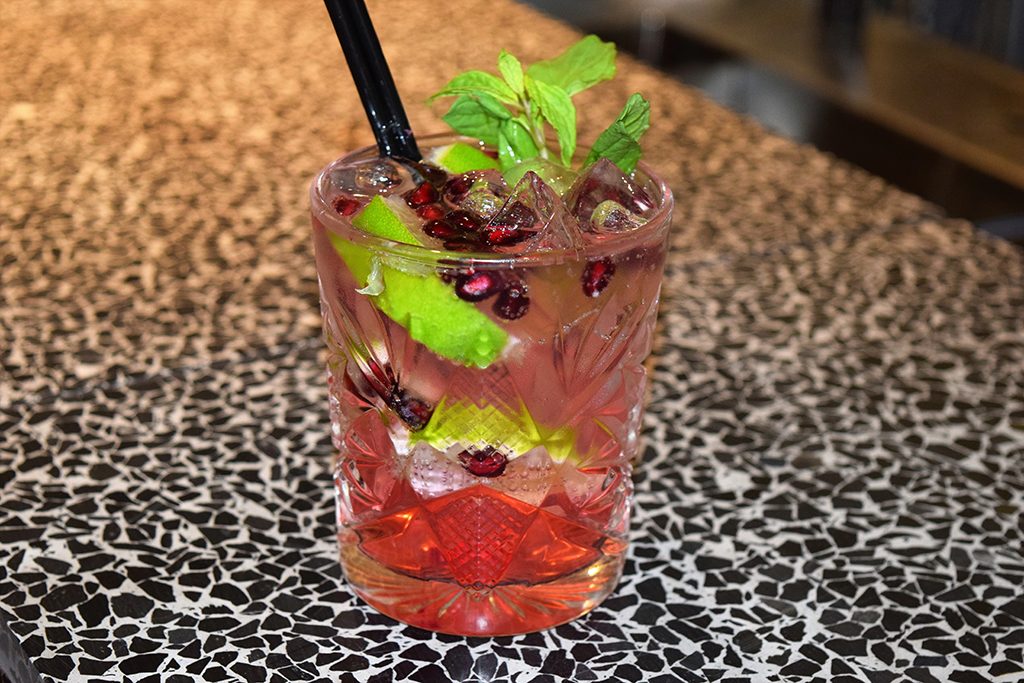 Here is a sneak peek at Pomegranate Mojito – one of the amazing cocktail served at Nostimo Restaurant & Bar. It was created by David Tsirekas.

The pomegranate features throughout Ancient Greek mythology in both the story of Persephone and her marriage to Hades, and with the Aegean Triple Goddess, who evolved into the Greek goddess Hera. The fruit represents fertility in the Greek culture. At important festivals in the Greek Orthodox calendar it is customary to adorn the table with pomegranates (or ‘polysporia’ meaning ‘many-seeded’), on New Year’s Day it is traditional to break a pomegranate on the ground and on moving into a new home, guests traditionally bring pomegranates as a symbol of abundance.

The pomegranate twist is a modern take on this classic cocktail.

The Pomegranate Mojito by David Tsirekas

Located in the heart of Brisbane’s rich and vibrant Greek community in West End, Nostimo Bar & Restaurant is a stunning modern interpretation of a traditional Greek dining experience. It will seat 75 diners in the restaurant and 85 on its terrace which overlooks the Brisbane city skyline. Nostimo will be open for lunch Monday to Sunday, dinner Monday to Saturday and be available for exclusive bookings.