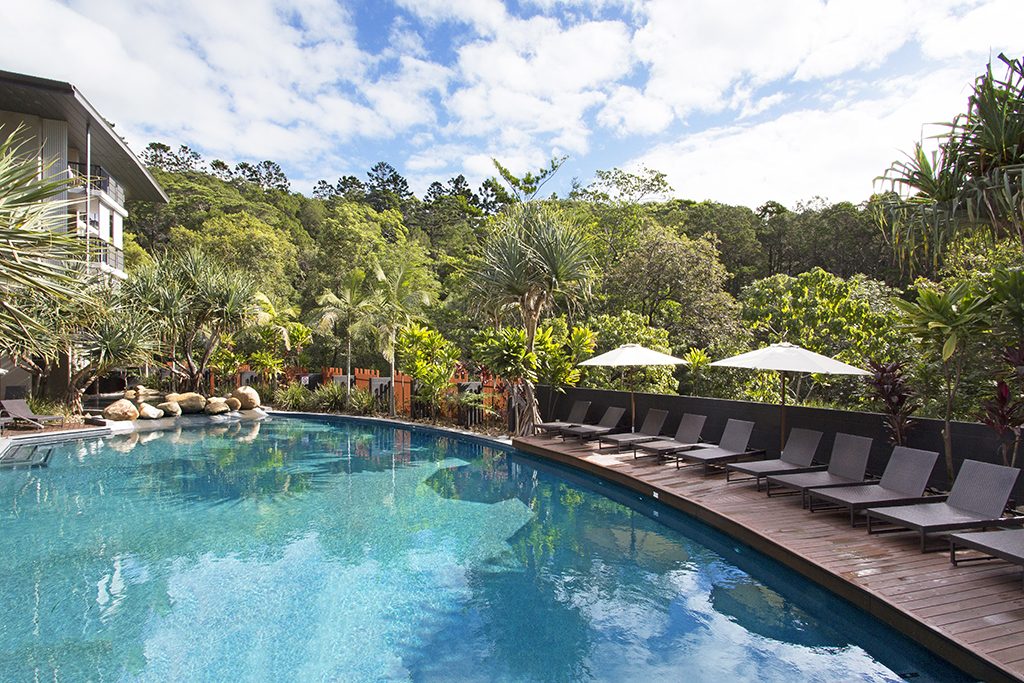 Peppers Noosa Resort and Villas provide the perfect accommodation option for people who want a great location plus an eco-friendly environment.

The Peppers Noosa Resort & Villas are located inside the UNESCO listed Noosa Biosphere, and right next to the Noosa National Park. The hotels are surrounded by lush green trees and you can enjoy spotting some of the Australian wildlife.

One of the advantages is not having to worry about finding a park near the shops or restaurants. Peppers Noosa is only a 500-metre stroll to the main hub of Hastings Street and Noosa Main Beach. There is also a courtesy bus if you don’t want to walk. 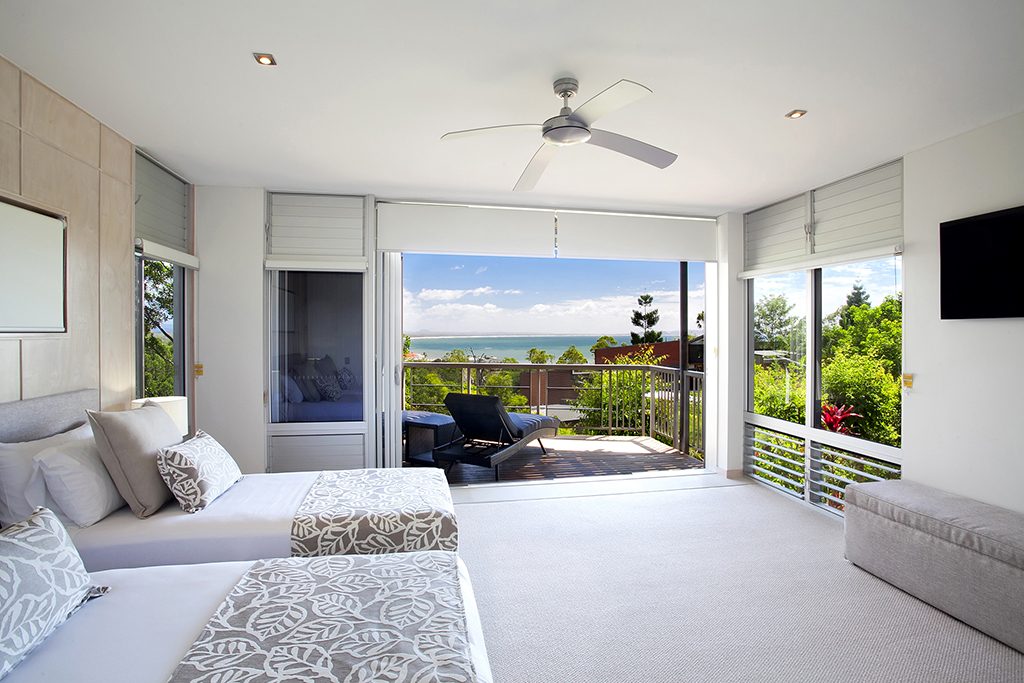 We booked our one-bedroom room directly on the website and stayed on the second floor of the resort. The layout took a little bit of getting used to as the bathroom was in the middle. You probably won’t notice the eco-friendly design and sustainability measures like the use of solar energy and rainwater irrigation.

The bed was super comfy and king sized. The TV has a range of recently released films and we enjoyed watching one before bedtime each night. The bedroom has a second smaller TV on the wall. There is Foxtel and paid options for just released films.

The free wifi was easy to select. There’s a Peppers app, but we didn’t feel the need to download it. 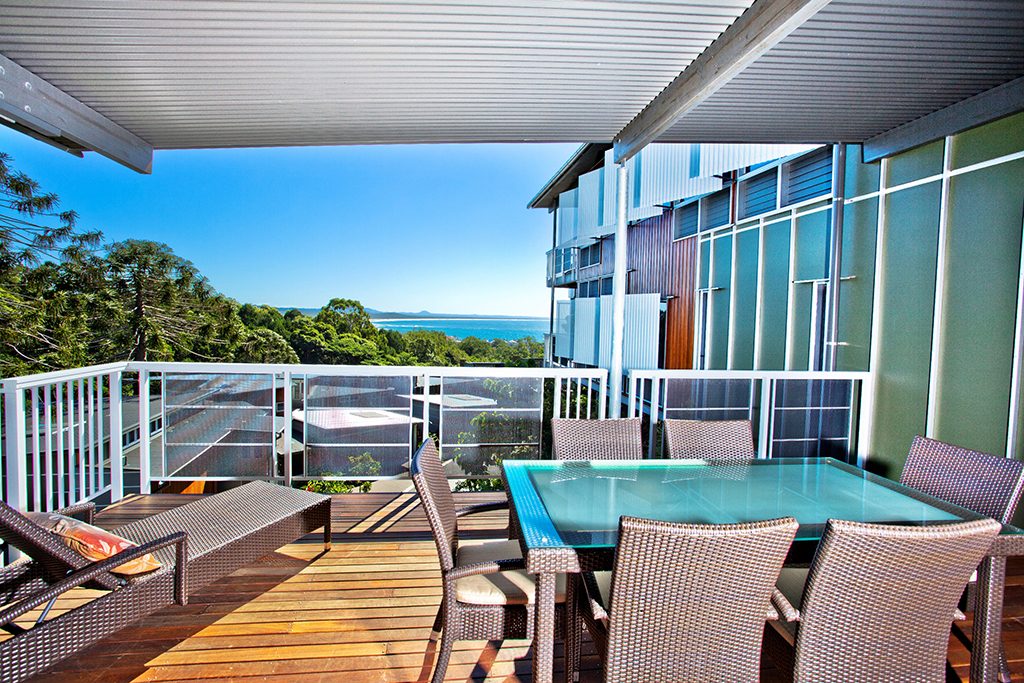 There are two pools and we sunbaked near the largest one (which is heated). The second is a 25-metre lap pool. There is also a well-equipped gym and plenty of bush walking paths nearby. We hiked up to Laguna Lookout early one morning. It’s steep but we slept well that night.

We enjoyed a cocktail at the bar with Happy Hour daily from 4:30 pm to 6 pm. On the last night, we dined at the View Restaurant and Bar. I tucked into a delicious lamb backstrap and hubby enjoyed his beef short ribs, coleslaw and potato fries (he ranked it as 9 out of 10).

Within the resort in the Sunshine building is Stephanie’s Ocean Spa. Think luxurious massages and cutting-edge pamper sessions, such as rain therapy, Vichy shower and a Geisha bath. I’ll try the flotation pool next time.

Peppers Noosa Resort and Villas is a handy spot and within walking distance of Noosa’s main beach, the National Park and the shops.

Book your hotel stay at Peppers Noosa Resort and Villas with Booking.com.

For over 30 years, Peppers has been providing distinctive travel experiences through its unique mix of private self-contained apartments and hotel services. Peppers resort apartments, rooms and suites are in many sought-after holiday destinations, while Peppers Retreats bring to life the character of a region, with scenic surrounds, tailored activity offerings and fresh local produce featured on the dining menu. Likewise, Peppers city hotels capture the essence of their localities by combing modern comforts and high standards of service with innovative urban design and metropolitan menus in their restaurants. www.peppers.com.au