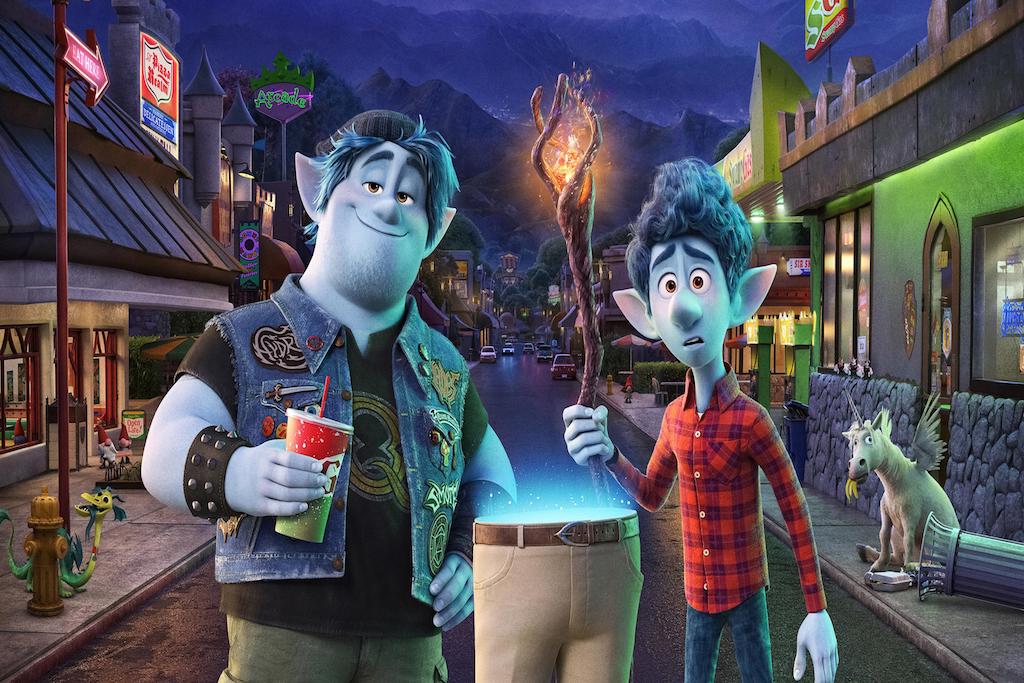 Poised for an Australian theatrical release on April 2nd, before being bumped up to March 26th to combat the void left by the delay of Mulan, Onward – one of the unfortunate cinema casualties of the Coronavirus – has cut its losses (or, perhaps more correctly, Disney has) and settled for streaming status on Disney+ (it will arrive on the service on April 24th, following a digital release on April 3rd).

Overflowing with its vibrant share of mythical creatures, Onward‘s opening narration suggests a world once booming with magic, but the inhabitants’ difficulty in mastering such meant technological advancements were favoured, and so magic was relegated to the stuff of lore.

For Barley (voiced by Chris Pratt), an overly-confident elf with a penchant for historical sorcery, and his younger brother, Ian (Tom Holland), the past days of magic are to be conjured once more when their mother (Julia Louis-Dreyfus) informs them of a gift their late father kept aside for them; it was to be presented to the two of them when they both turned 16.

Having never met his father as an infant due to his untimely passing, Ian longs for the chance to have any type of relationship with him, so when the brothers learn their father believed in magic and created a spell that would bring him back for a 24-hour period, they’re ecstatic at the notion.  Barley may believe in magic, but it’s Ian that wields the staff that will ultimately grant their father’s wish, so when Ian is only able to conjure half of his father during the spell (the bottom half, for those wondering) it sets off a chain of events for the brothers to truly investigate just how much magic remains in their home town.

Unsurprisingly, the quest Barley and Ian take tests both Ian’s will and his bond with Barley, often leading to situations that provide humour and heart in equal measure; Octavia Spencer’s wildly exuberant vocals as a manticore whose passion for adventure is reignited by the two proving a narrative highlight.  As genuinely amusing as it is though, the Dan Scanlon/Jason Headley/Keith Bunin-penned script is at its most impressive when it taps into the emotional undercurrent of the story.

With so much of Disney’s back catalogue leaning heavily into narratives that speak to girls and young women of the self-assurance and strength they possess, it’s a refreshing change of pace for Onward to address something of similar value to boys.  The connection between Barley and Ian, and specifically what having an older brother can mean to someone who didn’t grow up with a father figure, is so beautifully handled (did we expect a Pixar offering to not lay heavy on emotion?), ultimately lending the film a distinct personality that allows it to distance itself from other studio offerings, as the adventure quota the film meets proves standard for the genre.

Set in a suburban fantasy world, two teenage elf brothers, Ian and Barley Lightfoot, go on an journey to discover if there is still a little magic left out there in order to spend one last day with their father, who died when they were too young to remember him.

Onward (PG) is available to purchase digitally on demand from April 3rd 2020.  It will be available to steam through Disney+ on April 24th 2020.