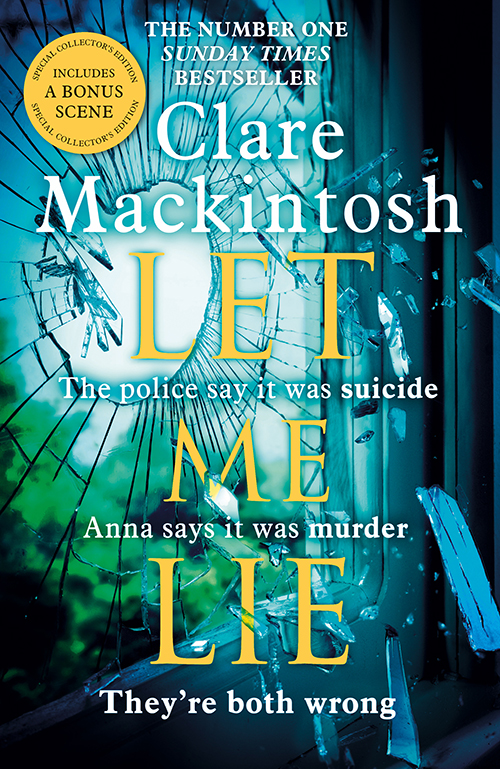 Let Me Lie by Clare Mackintosh, number one bestselling author of I Let You Go and I See You, is a compelling psychological thriller.

Anna, now the mother of an eight-week-old baby girl, is still traumatised by their loss a year later.

When a card arrives bearing a cryptic message, Anna begins to question their deaths.

She decides to visit the local police station and speaks to Murray Mackenzie, who is manning the front desk. Murray, who retired from the force after 23 years as a detective, now works as a civilian. Despite the risk of losing his job, he decides to investigate Anna’s claim that her parents may have been murdered.

By initiating an investigation is Anna putting herself at risk?

Should she have let things lie?

Let Me Lie is a fast-paced novel with so many twists and turns that it will have you on the edge of your seat, heart racing, until the very end.

You won’t be able to put it down. A must read.

Let Me Lie was released in Australia on 15th March 2018 and available from your local bookshop.

Available in paperback, hardback and ebook.

Clare is a British author and a former policewoman. Her debut novel I Let You Go won Theakston’s Old Peculier Crime Novel of the Year Award in 2016 and in March 2017 publisher Little, Brown announced that it had sold over one million copies worldwide.

Clare went to Royal Holloway University in Surrey, taking a degree in French and management. She joined the police force upon graduation and was posted on promotion to Chipping Norton as town sergeant before becoming Thames Valley Police’s operations inspector for Oxfordshire. Mackintosh spent 12 years in the police force before leaving in 2011 to become a full-time writer.
She is founder and director of the Chipping Norton Literary Festival and has become a patron of the Silver Star Society, a charity supporting the John Radcliffe Hospital’s work with families facing difficult pregnancies.