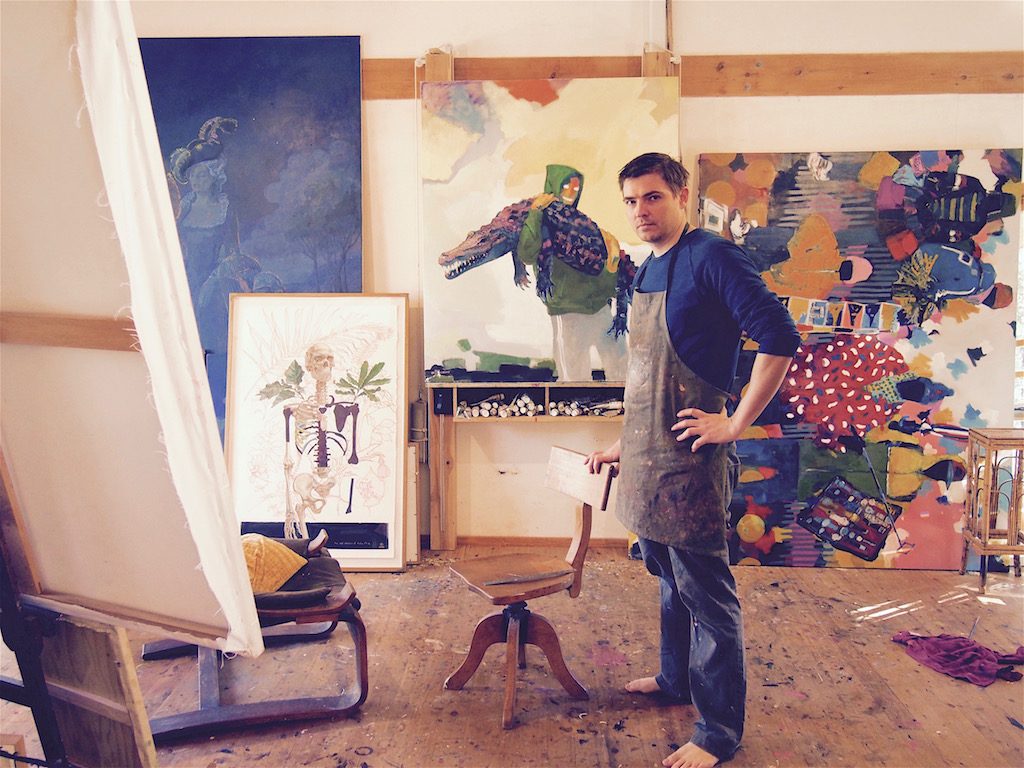 We chatted with Matthew Cheyne about his latest art exhibition.

Describe your art in a few words:

Essentially I’m an oil painter and draftsman. The oil painting is self-explanatory I guess, but because I’m pretty colour blind, the drawing is done in three or four bright colours that I can easily distinguish.

How did you first get started in painting and art?

I always thought I’d be a writer when I was a kid, actually. Where I grew up was mainly farmland and pretty isolated. There were no shops, no busses, no TV for a lot of my childhood, no entertainment you didn’t make yourself. Don’t feel sorry for me – it was wonderful! But it was a pretty ideal scenario for developing an interest in art and writing.

Importantly I think ’Artist’ was a possible job in my world because my father is an artist. There was always art around and always a pencil or paints to hand.  That said, I resisted it at first but it pulled back pretty quickly. There was no escape. 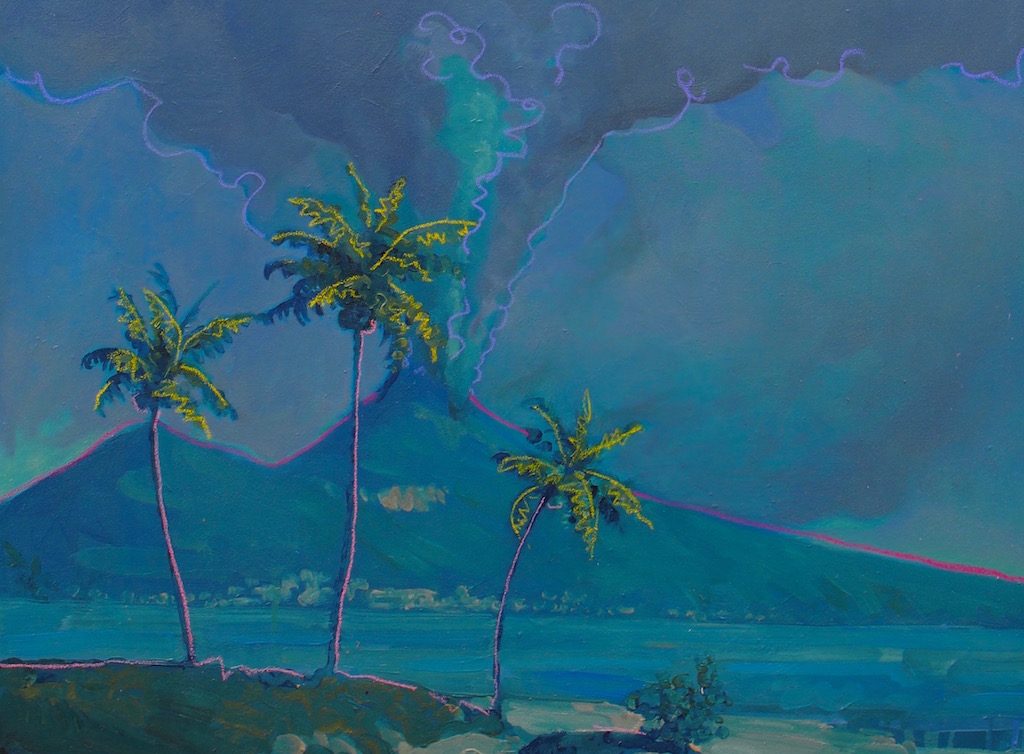 What inspires your designs?

My early influences were mainly literary – I love the classic Greek and Latin poets, particularly Ovid. My early preoccupations were mainly with semiotics and myth. I started out with a real love of Rubens and other baroque painters.

Some years ago now, my interest shifted. It’s hard to explain but my early works were almost like the paintings of a frustrated writer, but the more I painted the more I became a painter. Also, my new work is much more self-reflexive, it’s about me and my inner world and less about my interpretation of someone else’s text. I made a very conscious break to the extent that some of the works in this show are figures lugging classical items off to dump in the sea! 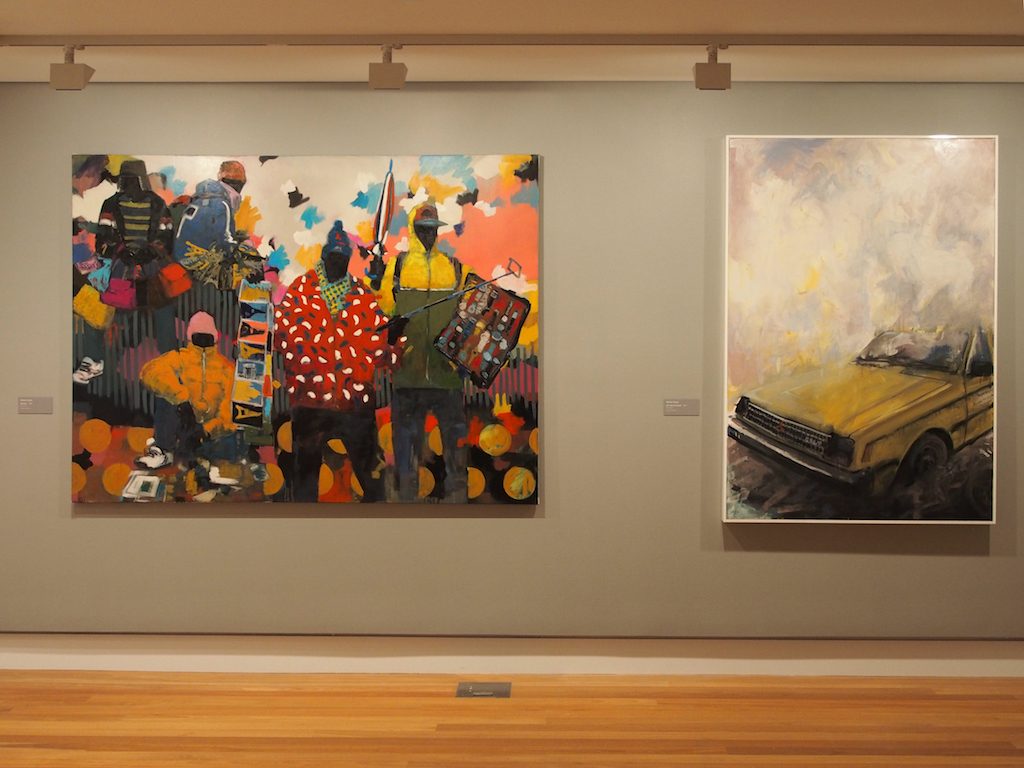 How did living in Europe change your art?

Living in Berlin, with so much art and so many artists around, weirdly, I hit a bit of a brick wall creatively. I did some work that I’m proud of but it was like pulling teeth. It was a period that coincided with my shift away from my old themes and I started feeling a real drive to change the way I worked.

So when we moved to France, I completely changed the way I drew. I threw away classical principles and found my own method: three or four bright colours, each one closing in on the subject but allowing errors in transcription to remain. It was partly a way to embrace my colour blindness. It was also a realisation that in art, as in many things, it’s the quirks or imperfections in your method that give it a fingerprint, a personality. 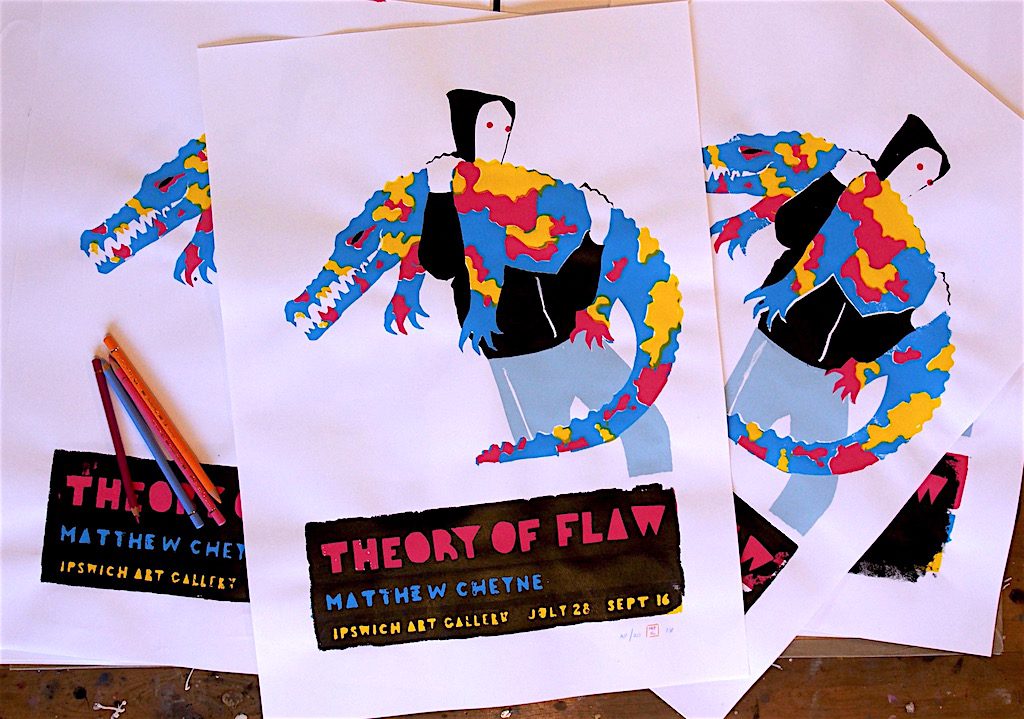 Why did you call your latest exhibition ‘Theory of Flaw’?

I honed the technique I just mentioned to the point where I felt I had to give it a name. Though it started as a technical exercise to unhitch my drawing from the standard method, it accidentally turned into a philosophy. The process is quite meditative and as I was saying, my work has become much more about my own internal world. I want the images to have to be painted, rather than be able to be told in any other medium. I want my painting to be un-sentimental, painted with ‘attack’ and optimism.

Who or what influences your art?

My main influences would be my father [Jeffery Cheyne] who is also an artist and my wife Caroline, a musician, with whom I have shared studio space for 12 years.

I don’t have any really specific ‘heroes’ – there are loads of painters I like – I tend to graze and am happy to be amazed by anybody really. I just got a book of Dana Schutz’s work, she’s great. 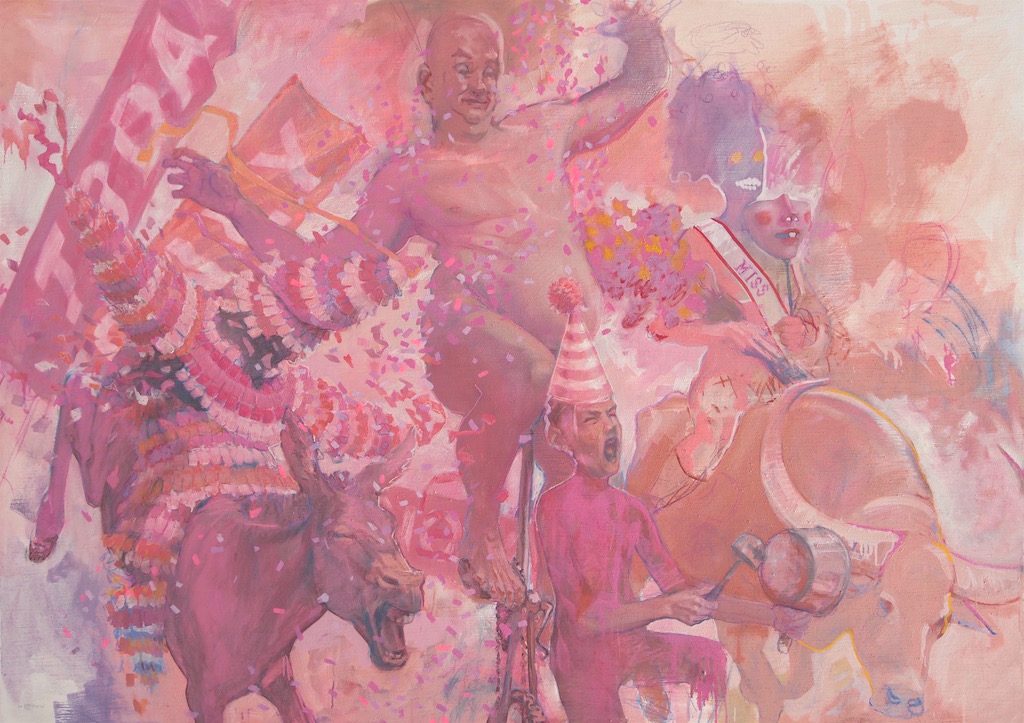 What message do you hope to achieve with your art?

I like things to feel succinct and direct, where the whole idea is in the work. Oddly, the more intellectual work gets the less satisfying I find it intellectually (if that makes sense). That’s not to say the ideas are simpler, but concision, I think, is a sign of skill and that’s what I’m striving for.

What are the plans for the future?

Matthew Cheyne is an Ipswich-based Australian artist working principally in oils. He graduated from the Queensland College of Art in 2001, having previously also studied film and literature.

After regular solo exhibitions in Brisbane and Melbourne, Matthew’s first European solo show was at the Berlin Galerie Kollaborativ in 2008 where he was commissioned to do a series of work with his wife, electronic musician Caroline Cheyne. He has since had work shown with Galerie Schortgen in Luxembourg, at Casula Powerhouse in Sydney and at the National Archives in Canberra.