You are here: Home / Entertainment / The Inaugural Meeting of the Fairvale Ladies Book Club by Sophie Green – Book Review 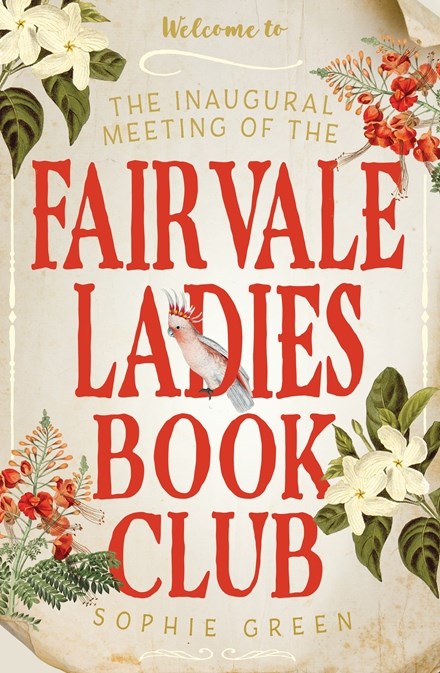 The Inaugural Meeting of the Fairvale Ladies Book Club by Sophie Green is the latest of her fiction books.

This story, about the friendship between five women, is set in the Northern Territory of Australia in the late 1970’s when it had just begun to self-govern.

Sybil oversees household duties and is responsible for the welfare of the workers and their families, who live on the station. She is the wife of Joe, who runs Fairvale Station, and the mother of Lachlan, who has left the Territory, and younger son, Ben, who is learning to farm cattle in his brother’s place.

Kate is Ben’s wife and, newly arrived from England, where she grew up, feels intimidated by the vastness of the country and is struggling to find her place in life on the station.

Rita is Sybil’s oldest friend, who she met while they were both nursing. Rita has recently moved from Sydney to join The Flying Doctor Service at Alice Springs.

Sallyanne has lived in Katherine all her life and married a local boy. They now have three young children, but the marriage is on rocky ground and Sallyanne feels isolated by her unhappiness.

Della left the family ranch in Texas to seek adventure and is working as a stockman for Ghost River Station, which is an hour’s drive from Fairvale.

Sybil brings them all together when she invites them to join her book club. Firm friendships form between them as they support one another through life changes, crises, love affairs and loss. All set against a background that is the magnificence of the Territory.

About the Northern Territory

The Territory is vast and covers 1,349,129 square kilometres. In 1979 it had a population of 115,900. The majority lived in Darwin (50,612) and in Katherine, 317kms to the south, the population was 3,241, according to Government records. Cattle stations dotted the red earth landscape of this desolate, but beautiful place. Life was tough and often a solitary existence for the women that lived on the stations, when their menfolk were away for long periods mustering the cattle that were their livelihood. The Territory has two seasons – ‘the dry’ from March/April until October/November and ‘the wet’ through Christmas until Easter. Due to flooding in the wet, remote stations are often cut off for weeks at a time.

This is a wonderful novel that is gentle, but has a heart of steel, which perfectly describes the five ladies whose love of books unite them. They overcome all the difficulties that the Territory throws at them and form close bonds that carry them through four years in the late 70’s early 80’s. As each year in the story begins there is a list of real-life events that happened across the world at the time, which enables the reader to relate more easily to events in the book. The detailed description of the landscape, weather and distance gives the reader a real feel for the place. A must read.

Sophie Green is an author and publisher who lives in Sydney. She has written several fiction and non-fiction books, some under other names. In her spare time, she writes about country music on her blog, Jolene. She fell in love with the Northern Territory the first time she visited and subsequent visits inspired the story in THE INAUGURAL MEETING OF THE FAIRVALE LADIES BOOK CLUB.