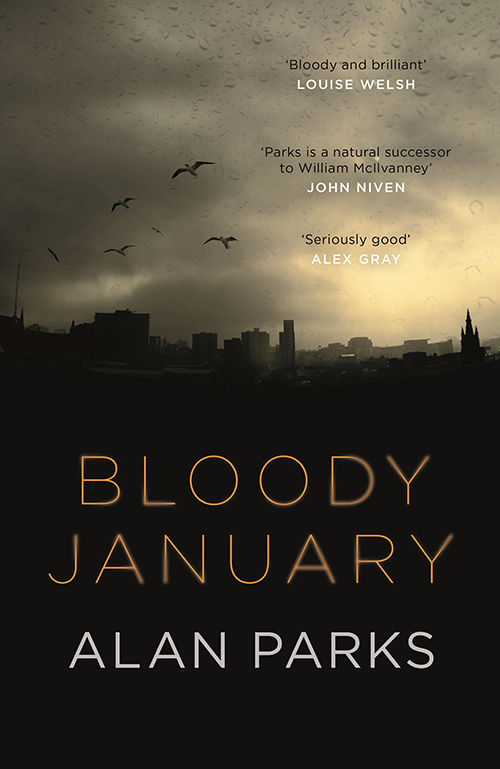 The story begins when Detective Harry McCoy is summoned to Barlinnie Prison by the gangster, Howie Nairn. Nairn tells McCoy that a waitress called Lorna, who works in a ‘posh’ restaurant in town, is to be killed the next day.

A reluctant McCoy heads for the most likely restaurant, which is near the bus station. His new partner, the inexperienced “Wattie” Watson tags along with him. They encounter a teenager with a shot gun, but before they can stop him, he fires, not at McCoy, but at the girl behind him. The boy begins to run, then stops and shoots himself in the head, dying hours later. The girl, who is, in fact, Lorna, is already dead, as is Nairn. His mutilated body is found in the showers at the prison.

McCoy’s investigations bring him in contact with dubious characters that he has dealt with in the past. These include the drug baron, Stevie Cooper, who was his best friend and saviour at reformatory school. The meetings take him to sleazy clubs, high and low-class brothels, a Salvation Army shelter and derelict dwellings where the homeless and hopeless hang out.

Enquiries lead him back time and again to the Dunlops, an influential Glasgow family with whom he has had dealings in the past. He has already been warned to keep away from them. When he defies his boss, Murray, again, a ’man in a suit’, possibly MI5, is brought in to warn him off.

But McCoy is not to be thwarted!

Parks has created a brilliant new crime icon in Harry McCoy. Think Rebus, wired and amplified! He has also brought Glasgow in the 1970’s back to life in vivid detail. His fast-moving style of writing keeps the reader turning the pages in suspense until the very end. For all crime addicts, this is a must-read. Hopefully, there will be many more Harry McCoy novels published in the future.

Warning: if you are offended by graphic violence, explicit adult scenes, and bad language, then this book isn’t for you.

Alan Parks was born in Scotland and attended The University of Glasgow where he was awarded an M.A. in Moral Philosophy. Bloody January is his debut novel.