You are here: Home / Entertainment / Bridge Burning and Other Hobbies by Kitty Flanagan – Book Review 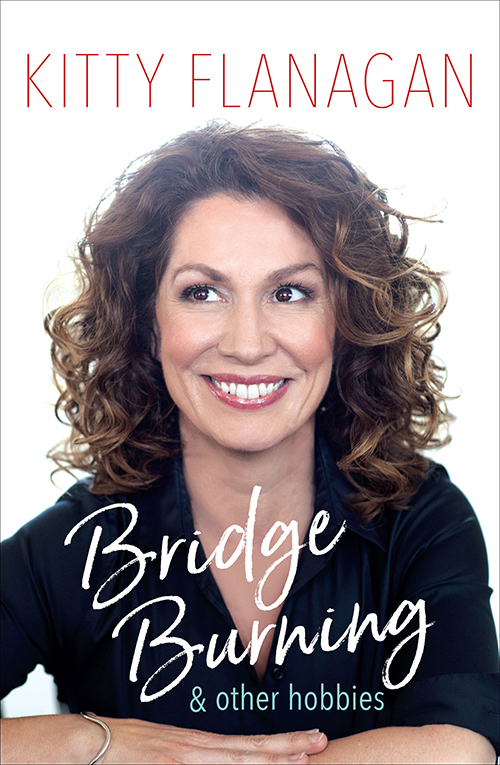 Kitty Flanagan is one of Australia’s top comedians. Her new memoir, Bridge Burning and Other Hobbies, recounts her career and relationship highs and lows.

The feisty and unbelievably witty Kitty Flanagan takes us on a wild and wonderful ride through her childhood, including the ‘hell on earth’ Yoga camp, disgraceful overacting at a school choirs concert, and a decidedly untrendy ensemble worn at a teenage dance.

The laughs continue after leaving school when she embarks on a disastrous trip around Australia in a Kombi van with her boyfriend, the first of several dead loss partners, who are discarded along the way. From these experiences, she is able to pass on useful tips for survival while hitch-hiking, and the right and wrong way to end a relationship.

The hilarious, true stories continue as Kitty stumbles through the mire of Internet dating, considers the perils of becoming a step-parent and gives advice on how to avoid ‘chipmunking’ or becoming a ‘smacksmack’.

A highly readable account of this well-loved comedian’s journey, as she navigates the potholes of life with wit and panache, will have you laughing fit to bust.

Available from your favourite bookshop in paperback.

Kitty Flanagan is an Australian comedian, writer and actor who works in Australia and the United Kingdom. She has also performed in France, Germany, the Netherlands, Japan, the Edinburgh Festival Fringe and Montreal Just For Laughs festival. Flanagan is best known in Australia for her work on various television programmes including Full Frontal, The Project, The Weekly with Charlie Pickering, Have You Been Paying Attention?, Utopia and in the United Kingdom for her work on The Sketch Show.

Flanagan was born in Manly, a suburb in Sydney’s north. Her father, John Flanagan, is an Australian author, best known for the Ranger’s Apprentice and Brotherband novel series. Flanagan is the sister of Penny Flanagan, who is a musician and one half of 1990s indie band Club Hoy and often appears in her shows. She also has a brother named Michael, who is a chef and runs a coffee shop in the snowfields of Japan. Flanagan lives in Sydney with her two pets; a Burmese cat named Sarge and a Havanese dog named Henry.