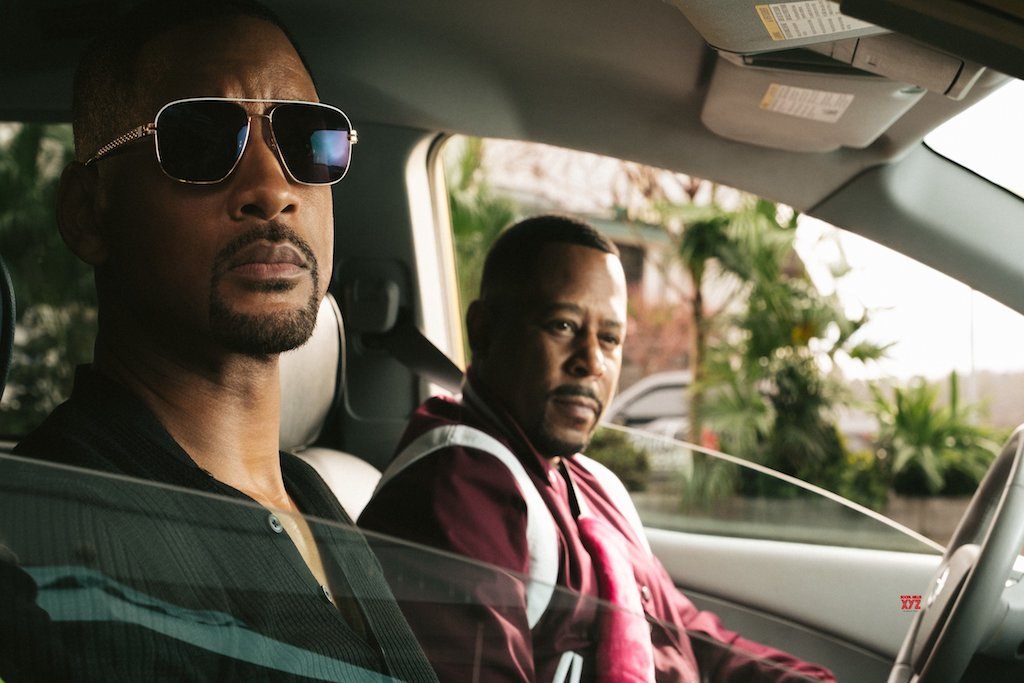 “All our lives we’ve been bad boys.  Now it’s time to be good men.”

And with that line of dialogue – one of many groan-inducing but perfectly on-brand nuggets that the Chris Bremner/Peter Craig/Joe Carnahan-penned script drops throughout – Bad Boys For Life very much presents itself as exactly the type of movie you expect it to be.  It’s something that the ageing Marcus Burnett (Martin Lawrence, rather refreshingly looking his 54-years) utters to his equally aged, though much more refined, Miami PD partner of 25 years, Mike Lowery (Will Smith, at 51 looking finer than anyone should), in a brief breath-catching moment in-between the usual moronic dialogue, predictable plot beats, and gorily-excessive violence that has been this series’ aesthetic since Michael Bay debuted with the original in 1995.

Marcus, now a grandfather who needs glasses to see long distance and is still unable to lock down quality time with his wife (Theresa Randle), is hoping to ride the retirement train (he never says he’s “too old for this shit” but he definitely submits to that mentality).  Mike, the forever playboy who can’t help but get involved in the action side of his cop duties, isn’t as willing, and when he’s mercilessly gunned down in an open street it only fuels his desire to stay in the fight; “One last time” as Miami’s odd couple reiterate to each other multiple times as they fist-bump for bro-approved effect.

Taking over directorial duties from Bay (who pops up for a rather bizarre cameo here, indicating he’s evidently happy to pass the torch) are Belgian duo Adil El Ari and Bilall Fallah, though the film’s sheen very much stays in line with Bay’s usual tropes (all about those slow-mo shots), meaning this loud, violent production is hardly an indication on what the two are capable of.  That being said, the action on screen, whilst hardly inventive, is crisp and clear, so points for making the bloodshed coherent.

As for the story around the action, it seems clear that the screenwriting trio are hinting at some kind of new-generation, Fast and Furious-type dynamic with the introduction of AMMO, a younger crew consisting of Vanessa Hudgens (sadly given little to do beyond proving she looks alarmingly comfortable brandishing a weapon), Charles Melton (all sass and jawline), and a hulking Alexander Ludwig; the latter the only group member who makes something of an impact given his gentle nature and aversion to violence despite his intimidating frame.  They’re the iPads to Mike and Marcus’s calculators, and the film has enough fun merging the generations together as they track down Mike’s mysterious shooter, but as much as Bad Boys For Life may allude to this being some sort of future endeavour, this threequel is solely resting on Lawrence and Smith’s tested shoulders – and it’s all the better for it.

Given the 17-year gap between this and Bad Boys II, and the fact that this languished in production hell for over a decade – as recently as 2017 Lawrence stated that the film wasn’t happening – Bad Boys For Life is a far smoother ride than it has any right to be.  By no means would this be considered a great movie, but in relation to the previous two it leans just enough on nostalgia and the genre cheese we’d expect to warrant a recommendation for anyone who embraced the bombasticness of the originals.

Bad Boys For Life owns its 90’s origins and its early-2000’s sequel lunacy by honing both identities with its violent, far-fetched, often inexplicable mentality.  It’s not pretending to be anything else, and you have to hand the film some credit in that regard.  And, if nothing else, there’s a certain joy in seeing Lawrence and Smith (both actors in need of a solid cinema offering as of late) sparring together once again.  It’s a formula that undeniably works, and this film uses that to its advantage.

About Bad Boys For Life

The Bad Boys Mike Lowrey (Will Smith) and Marcus Burnett (Martin Lawrence) are back together for one last ride in the highly anticipated Bad Boys for Life.

Bad Boys For Life (MA15+) is screening in Australian theatres from January 16th 2020.